Elizabeth Warren releases her plan for Medicare for All, says no tax increase for middle class 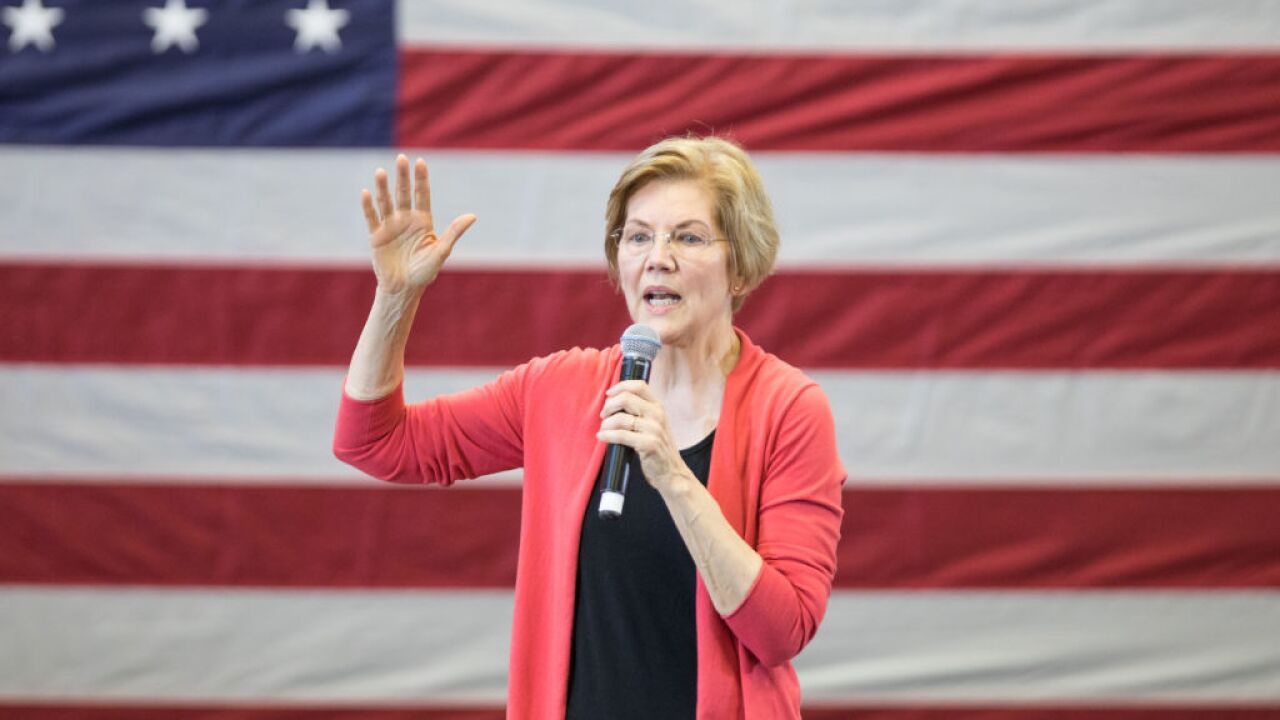 Sen. Elizabeth Warren released a plan Friday detailing how she would seek to pay for "Medicare for All" without raising taxes on the middle class "by one penny."

The highly anticipated plan arrives amid a weeks-long onslaught from Warren's Democratic primary rivals, who accused the Massachusetts senator of misleading voters of hiding from the fiscal realities of financing a program that some experts have calculated could cost up to $34 trillion over a decade.

Warren's campaign, with the aid of prominent economists and health policy experts, produced its own, lower-end estimate: $20.5 trillion. She reached that figure in large part by requiring state and local government to continue paying the $6 trillion they now spend on Medicaid, the Children's Health Insurance Program and public employee premiums. Her plan also assumes that, under a Medicare for All system, there will be significant reductions in health care spending, including lower administrative costs and prescription drug prices.

The senator estimates that total health care spending over the decade would come in at just under the $52 trillion currently projected by the federal government. Other experts, however, say that total spending could rise by trillions because more people and benefits would be covered.

Her proposal marks a break from Sen. Bernie Sanders, who authored the sweeping single-payer health insurance bill and has said it would be necessary to levy new taxes on the middle class to finance it. Warren's blueprint rejects that and would focus the burden on states, employers, large businesses, Wall Street and the wealthy, with billionaires facing an additional tax on their net worth.

"We don't need to raise taxes on the middle class by one penny to finance Medicare for All," she wrote in a Medium post that details her financing plan.

Despite embracing a smaller price tag and eschewing any new taxes on the middle class, Warren's plan would not cut from the comprehensive benefits offered in Sanders' legislation, which she co-sponsored in 2017 and again earlier this year. But she did allow for one potential future tweak, saying in the Medium post that her team now intends to draw up its own transition plan.

"My transition plan will take seriously and address substantively the concerns of unions, individuals with private insurance, hospitals, people who work for private health insurers, and medical professionals who worry about what a new system will mean for them," Warren wrote.

The Sanders bill outlines a four-year transition from the current system to Medicare for All. Warren does not explain in her Friday post what in that piece of the current legislation she believes might require fixing or adjusting. But she has during the campaign expressed concern over the existing framework. Her decision now leaves open the possibility she could eventually propose a slower move.

In her post, Warren also hit back at Democratic critics of Medicare for All, challenging "every candidate who opposes my long-term goal of Medicare for All (to) put forward their own plan to cover everyone, without costing the country anything more in health care spending, and while putting $11 trillion back in the pockets of the American people by eliminating premiums and virtually eliminating out-of-pocket costs."

But even with the unveiling of this new plan -- a far more comprehensive and detailed financing proposal than Sanders has ever put forward -- Warren is unlikely to please the skeptics and political opponents who had been pressuring her for answers. And the prospect of her scrapping the Sanders' bill's transition plan could also stoke unease on the left.

In her proposal on Friday, Warren unveiled a variety of pay-fors:

Warren would seek to generate the remaining $1.2 trillion by passing comprehensive immigration reform, which she says will boost the population and result in additional tax revenue, and by eliminating the Pentagon's Overseas Contingency Operations fund and directing that money to Medicare for All.

As a presidential candidate, Warren has not released a health care plan of her own, deferring instead to Sanders' legislation. But her steady gains in the polls over the past few months have caught the attention of the field, which, with the exception of Sanders, has teed off on her for refusing to offer more details on how she would fund the policy.

Throughout a contentious presidential debate in Ohio last month, Warren was repeatedly asked -- by the moderators and her centrist opponents -- whether she would raise taxes on the middle class to fund the legislation. Warren never offered a direct answer, even as Sanders called it "appropriate to acknowledge that taxes will go up."

"They're going to go up significantly for the wealthy," Sanders said onstage. "And for virtually everybody, the tax increase they pay will be substantially less -- substantially less than what they were paying for premiums and out-of-pocket expenses."

Warren had made a similar argument, but demurred when pressed for more details, instead promising that, if elected, she would not sign a health care bill into law unless it lowered overall costs for average Americans.

Her comments added fuel to the criticism and charges of dishonesty, which were leveled in turn by former Vice President Joe Biden, Minnesota Sen. Amy Klobuchar and, perhaps most aggressively, Pete Buttigieg, the mayor of South Bend, Indiana. In a bid to quiet the furor, Warren said during a campaign stop in Iowa on October 20 that she would soon "put out a plan that talks about, specifically, the cost of Medicare for All and, specifically, how we pay for it."

The announcement set off a wave of speculation among rival campaigns and pundits, drawing a typically wonky discussion into the center of an increasingly scrappy primary campaign. It also drew economists and policy experts into the fray, as they jockeyed to frame the debate.

Ultimately, Warren relied on four prominent experts -- in addition to her own in-house policy team -- to develop her cost estimate and planned pay-fors. The group included Simon Johnson, the former chief economist at the IMF; Mark Zandi, the chief economist at Moody's Analytics; Betsey Stevenson, a former member of the Council of Economic Advisers under Barack Obama, and Don Berwick, who served as an administrator of the Centers for Medicare and Medicaid Services in the Obama administration.

Berwick, in a USA Today op-ed published last week under the headline "Stop fearmongering about 'Medicare for All.' Most families would pay less for better care," gave a preview of the political argument Warren made in her pitch on Friday.

In the piece, Berwick chided other candidates for "parrot(ing) right-wing attacks on 'Medicare for All,'" and argued that they had it backwards.

"The truth is the opposite," Berwick wrote. "Medicare for All would sharply reduce overall spending on health care. It can be thoughtfully designed to reduce total costs for the vast majority of American families, while improving the quality of the care they get."

For Medicare for All advocates, that is a familiar -- and welcome -- framing of the debate, which Warren will hope gains increased traction with Democratic primary voters.