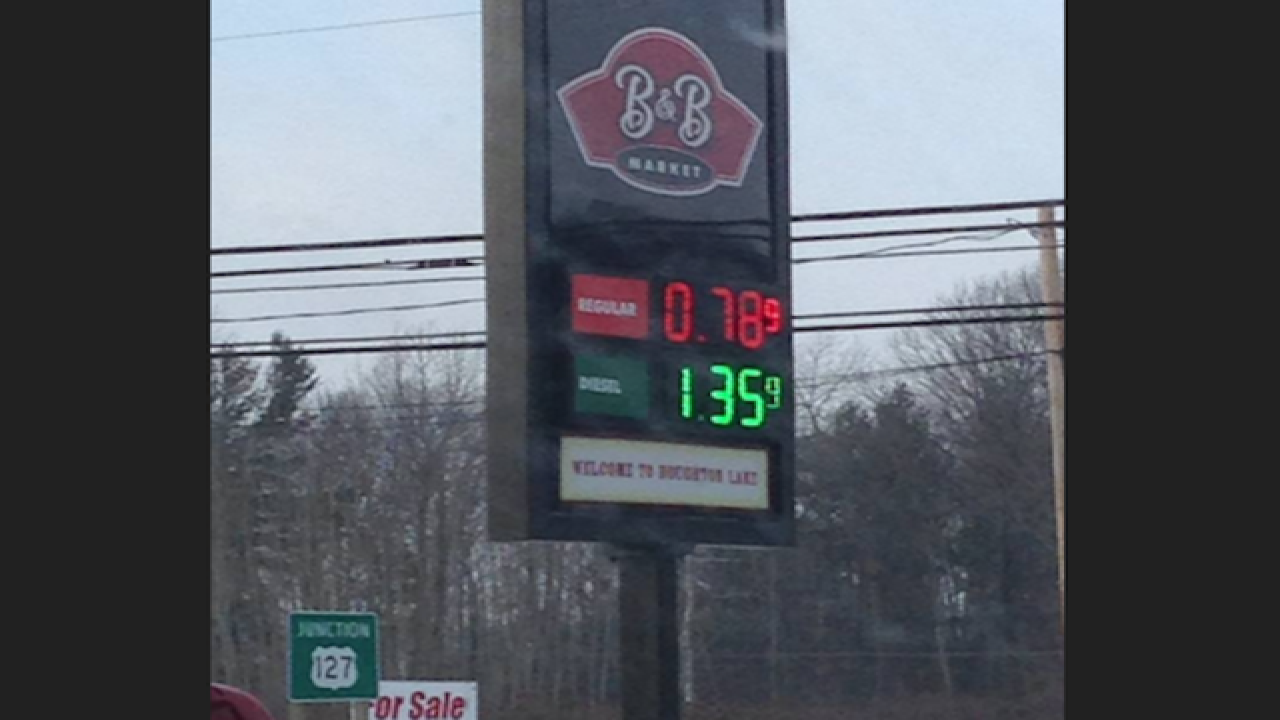 Gas prices have continued to drop across the state, but one area is seeing gas prices that are the lowest in the country. According to GasBuddy.com, Michigan is the first state that has welcomed back gas prices below $1 per gallon.

At the Beacon & Bridge Market in Houghton Lake, Mich., one gallon of gas cost just 78 cents. A Marathon Gas Station in Houghton Lake also posted a price of just 95 cents, according to GasBuddy.

According to AAA Michigan, gas prices statewide have decreased by about 13 cents in the past week.

The Dearborn-based auto club says the average price for self-serve regular unleaded gasoline was about $1.74 per gallon on Sunday. That's about 19 cents less than it was at the same point last year.

The last time the statewide average gas price dipped below $1.75 was in January 2009.

In Metro Detroit, the average price for gas is about $1.73 per gallon, which is 12 cents less than last week's average, according to AAA Michigan.