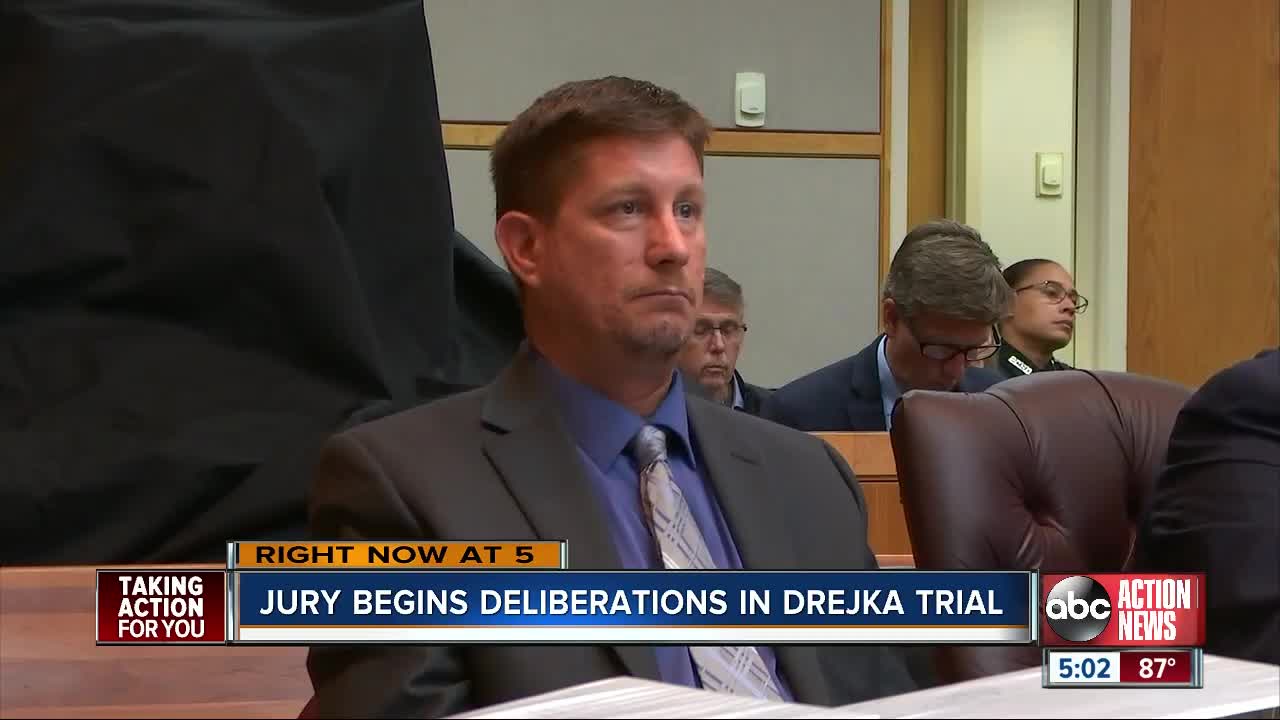 Floridians are awaiting the verdict of the Michael Drejka manslaughter trial. 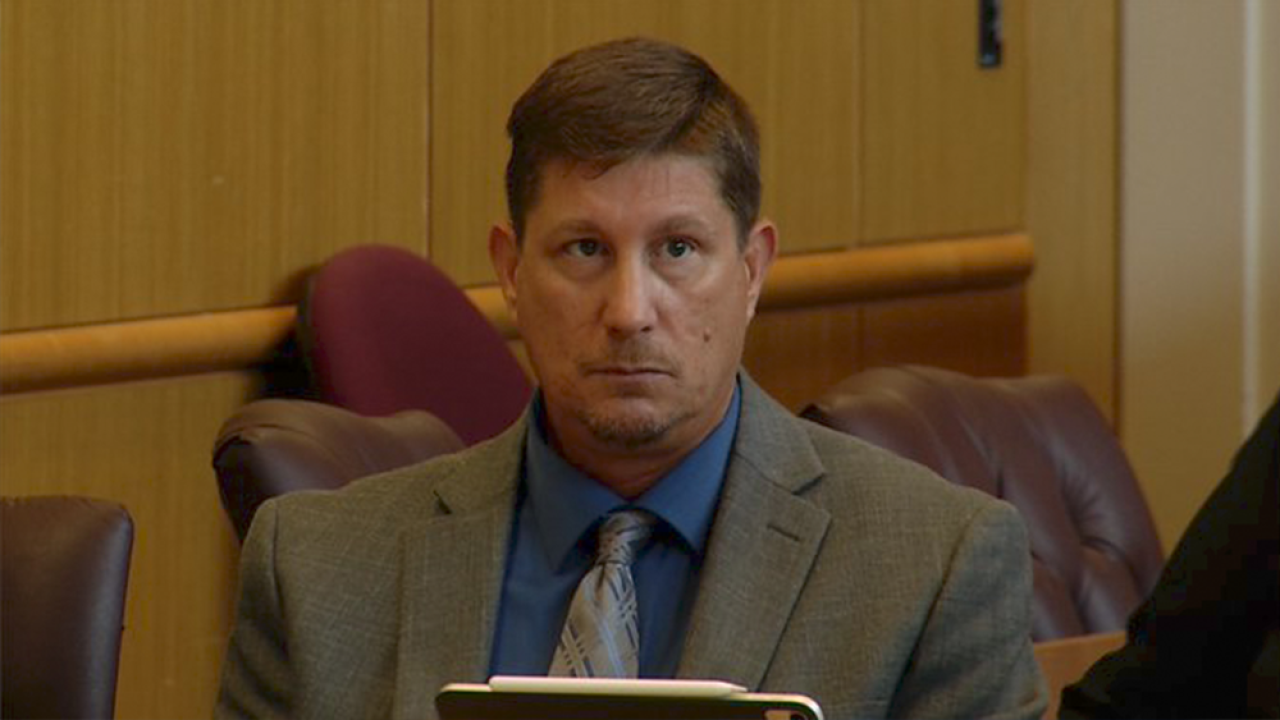 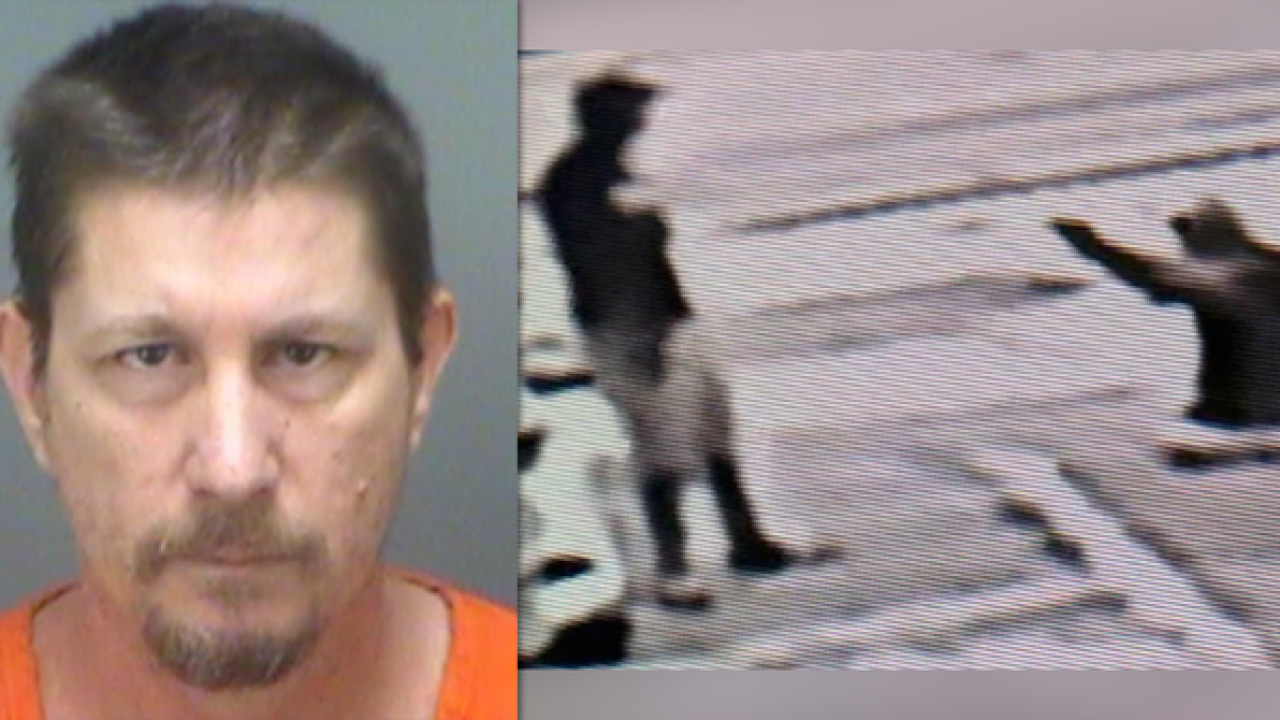 PINELLAS COUNTY, Fla. -- A white Florida man who fatally shot an unarmed black man after being shoved to the ground is a "vigilante" who carried a handgun because he liked provoking confrontations with people parked illegally in handicapped-accessible spaces, a prosecutor told jurors during closing arguments at the man's manslaughter trial Friday.

Prosecutor Scott Rosenwasser told jurors in Clearwater, Florida, that Michael Drejka provoked Markeis McGlockton, 28, to shove him by yelling at McGlockton's girlfriend because she was parked in a handicapped space and then fired as McGlockton started to flee.

Rosenwasser said Drejka, 49, can't claim self-defense because he had no reasonable belief that he was about to be seriously injured or killed during the July 18, 2018, altercation outside a Circle A convenience store.

Daily Breakdown: Everything that is happening during Michael Drejka's trial

• The jury is made up of 6 jurors and 4 alternates

• Drejka's defense argue he was protecting himself when he shot McGlockton

• Drejka confronted McGlockton's girlfriend for parking in a handicapped spot on July 19, 2018

Drejka said during a video-recorded interview with Pinellas County sheriff's detectives five hours after the shooting that illegal parking in handicapped spots is his "pet peeve," so he will frequently walk around such cars and take photos, using an expletive to say he is trying to mess with the drivers.

"He is a parking lot vigilante," Rosenwasser said.

Drejka's attorneys said in closing arguments that McGlockton caused his own death by shoving the defendant who was put in a vulnerable position on the ground and fired his gun to protect himself.

"Mr. McGlockton caused his own death by violently attacking a man with no provocation," defense attorney John Trevena said. "In Florida, a defendant has a right to stand his ground. But in reality, where was he going to go? He was already on the ground."

Trevena said any notion that Drejka was a vigilante was ridiculous. Drejka retired in his 30s from his tree trimming job because of health problems. He could get 30 years if convicted.

"Does he look like Charles Bronson in 'Death Wish'?" he asked, referring to the 1974 action movie. "This isn't a vigilante."

During his argument, Rosenwasser narrated clips from the parking lot and from Drejka's interview with detectives as he tried to persuade jurors that Drejka's actions were unjustified and he lied to detectives about what happened.

The parking lot video shows McGlockton walking into the store with his 5-year-old son while his girlfriend, Britany Jacobs, remained in the car with their two younger children. Rosenwasser paused the video as Drejka pulled in moments later, pointing out that he parked outside any marked space and perpendicular to Jacobs, blocking the wheelchair ramp on the sidewalk. He said that shows Drejka wasn't there to get energy drinks, as he told detectives, but to confront the person he suspected was parked illegally.

He pointed out that when detectives asked Drejka if he feared confronting illegal parkers might escalate into an altercation, Drejka replied that he had a concealed weapons permits and "always" carries his handgun.

Rosenwasser said it was understandable that Jacobs asked Drejka what he was doing as he peered at the back and front of the car while checking for handicapped parking placards and stickers. He said that is what caused their nearly 2-minute argument that prompted one man to tell the store clerk an altercation was brewing outside.

That was when McGlockton put down the drinks and snacks he was buying and went outside. He walked briskly toward the car and when Jacobs stepped out next to Drejka, McGlockton shoved him. Drejka, who said he never saw McGlockton approaching, landed on his back and quickly pulled his handgun, leveling it at McGlockton.

Rosenwasser said if Drejka had stopped there, he would have been justified. Instead, Rosenwasser said, the video shows Drejka fired after McGlockton took three steps backward and started to turn toward the store. The bullet hit his left side, tearing through his heart.

Drejka's attorney told jurors that they had to consider the case through the perspective of Drejka, who had just been pushed to the ground and thought Jacobs was going to attack him as well.

Rosenwasser's final focus was on Drejka's own words, when he conceded to detectives that if McGlockton were retreating he would have had no reason to shoot.

"The defendant himself tells you it's manslaughter," Rosenwasser told jurors. "You know what Markeis McGlockton is guilty of? He is guilty of loving and trying to protect his family, and he died because of it."