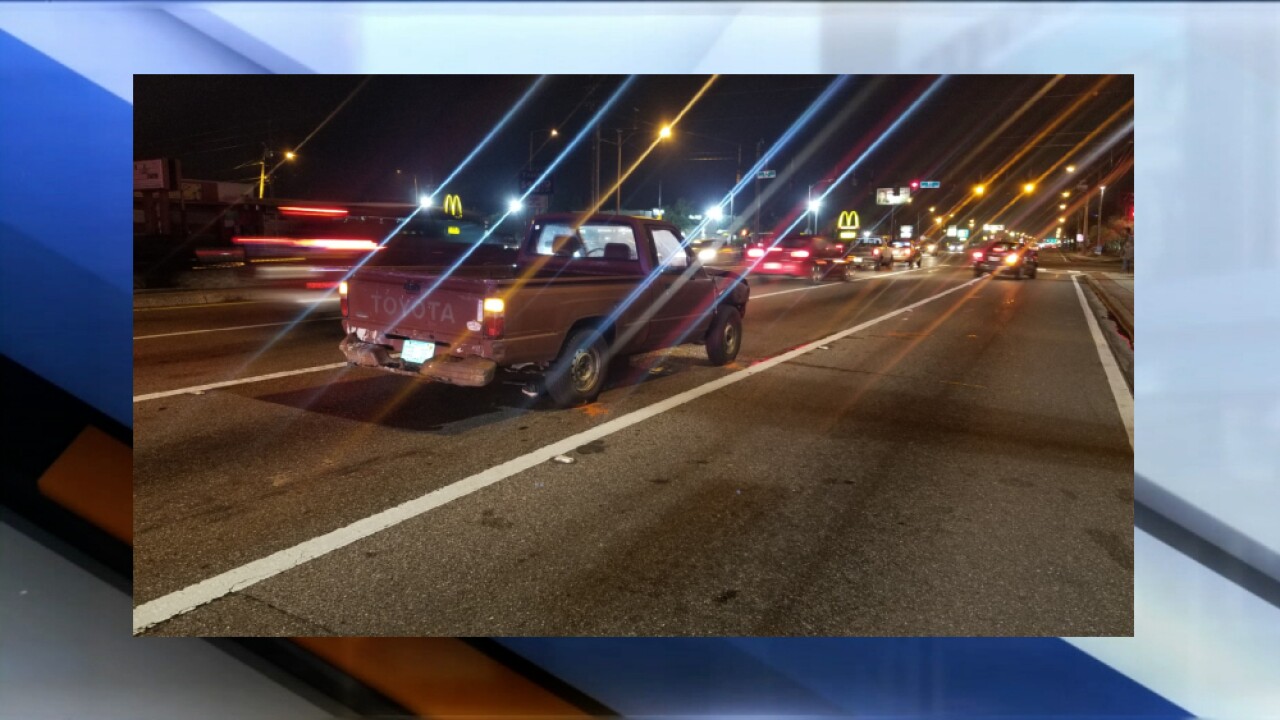 No charges have been filed as the investigation continues.

PINELLAS PARK, Fla. — An unidentified woman suffered serious injuries Saturday night when she was struck by a pick-up truck in Pinellas Park.

The incident occurred just after 7pm near the intersection of 66th St. North and 54th Ave. North. According to a Florida Highway Patrol report the vehicle was driven by 22-year-old Cole Wesley Knapp of St. Petersburg.

The report states the woman was walking east across 66th Street, just south of 54th Avenue, when she veered into the path of Knapp’s 1986 Toyota pick-up. The driver was not injured.

The injured woman was transported to Bayfront Medical Center where she is listed in critical condition. Her name is being withheld pending notification of next of kin.

No charges have been filed as the investigation continues. Several lanes of the roadway were closed for approximately 90 minutes.