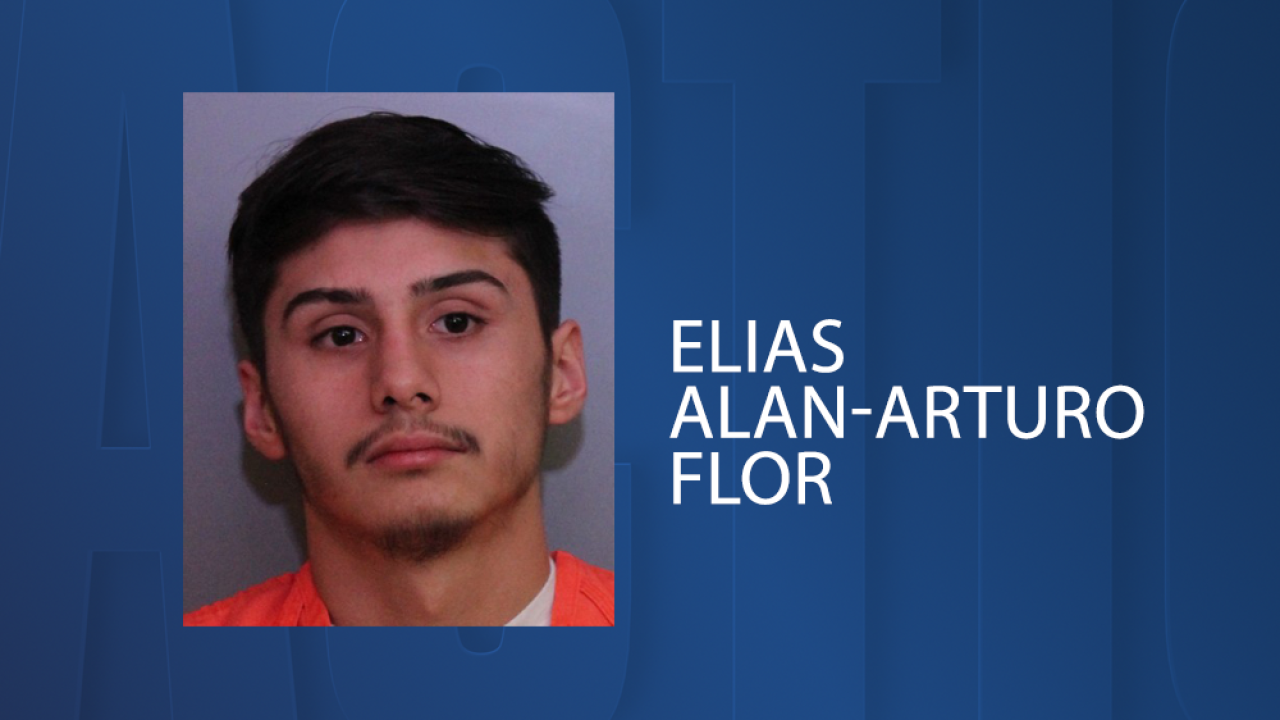 WINTER HAVEN, Fla. — A 19-year-old in Winter Haven is facing charges for committing a lewd act in front of a child in the toy aisle of a Walmart on Friday, according to police.

Officers say Elias Alan-Arturo Flor turned himself in to authorities on Saturday after seeing surveillance pictures of himself in media reports.

Investigators say Flor entered the Walmart on Cypress Gardens Boulevard around 8:30 p.m. and masturbated on the back of a woman in the toy aisle as a 12-year-old child with her witnessed it.

According to police, Flor was seen on surveillance video before the incident "apparently looking for the right opportunity to commit the act."

Police say the child became distraught and by the time the woman realized what happened, Flor had run out of the store. The victim reported it to management immediately and police were called.

"This situation is absolutely sickening," said Chief Charlie Bird. "I applaud the child's bravery to speak up and give details that gave information we could get to the media that assisted with the ultimate arrest of the suspect."

Flor, a resident of the community of Wahneta, is facing one count of battery and one count of lewd and lascivious exhibition in the presence of a child under the age of 16.

“I was mortified – this is the Christmas season,” said Winter Haven PD Public Information Officer Jamie Brown. “This is somebody that was preying not only on a female but a child near her.”

Flor was booked into the Polk County Jail on Saturday, where he is currently being held without bond pending his first appearance before a judge. Flor has no prior criminal history in Polk County according to jail records.