'The Simpsons' may have predicted 'murder hornets' and the coronavirus pandemic 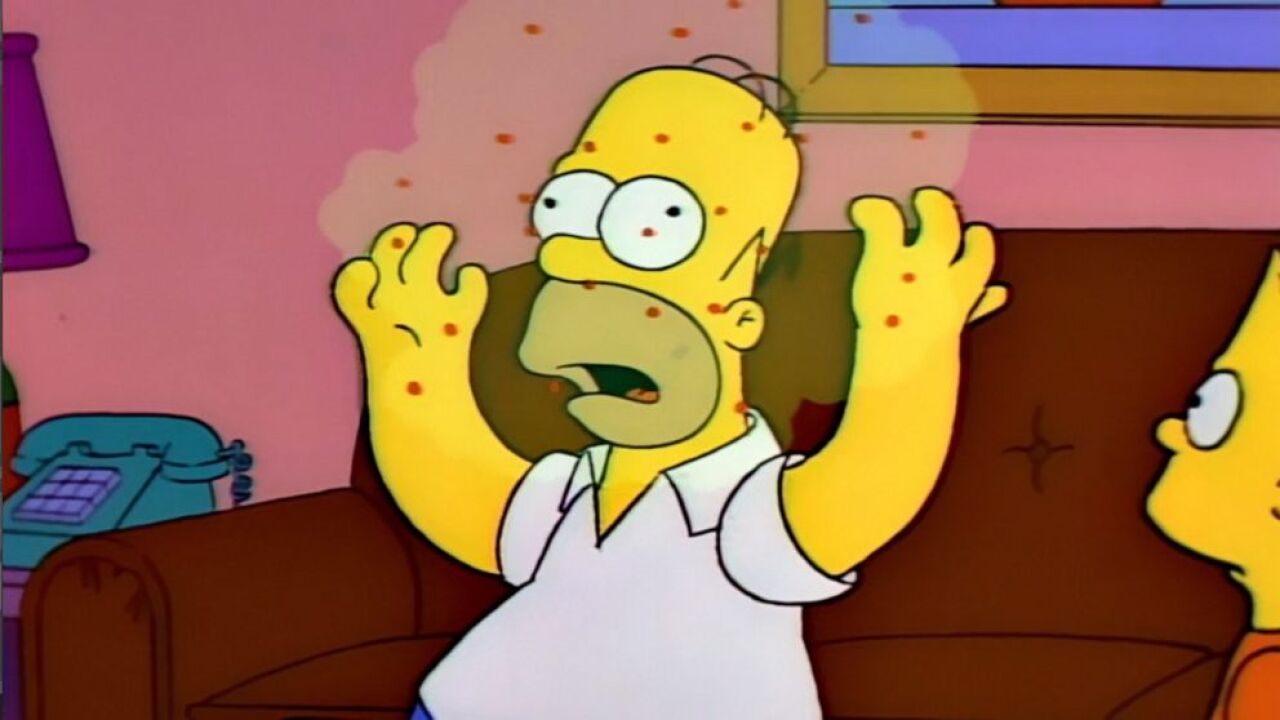 If you were to tell most TV fans their favorite show from the ‘90s was predicting what we’re going through in 2020 with the COVID-19 pandemic, they’d likely tell you you’re crazy.

“The Simpsons” fans, however, would probably just say, “Yep, that tracks.”

The iconic animated series -- which premiered in 1989 and is still going strong now, 31 seasons later -- has a habit of its seemingly off-the-wall storylines coming true years later. The most popular instance of this would likely be the election of President Trump. The episode, "Bart to the Future," aired in 2000 -- a full 16 years before it actually happened.

Now, fans are taking note of a 1993 episode titled “Marge in Chains,” saying it predicted both COVID-19 as well as the arrival of “murder hornets” in the United States a full 27 years ago.

Here’s a brief description of what happens in the episode: An illness travels from Japan to Springfield -- the Simpsons’ hometown -- via a “Juice Looseners” package after a factory worker sneezed inside of it. Upon opening their boxes and letting the germs out, the people of Springfield fall sick and the disease, named “The Osaka Flu,” spreads. Citizens begin demanding a cure and, during a mob scene outside a hospital, knock over a truck containing crates labeled “Killer Bees.” These homicidal insects swarm out of their container and wreak havoc.

If that’s not enough evidence for you, another episode had people talking back when Tom Hanks revealed in mid-March that he and wife Rita Wilson had been diagnosed with COVID-19.

This time we look to the 2007 film “The Simpsons Movie,” which featured a memorable line of the actor saying: “This is Tom Hanks, saying: If you see me in person, please, leave me be.”

Bill Oakley, who co-wrote “Marge in Chains,” criticized the parallels between the episode and the COVID-19 pandemic a few days after the Hanks news, telling The Hollywood Reporter the story was nothing more than a cartoonish joke inspired by a flu that hit Hong Kong in 1968.

“It’s mainly just coincidence because the episodes are so old that history repeats itself,” he said. “Most of these episodes are based on things that happened in the ‘60s, ‘70s or ‘80s that we knew about.”

While he was hesitant to own up to “The Simpsons” predicting the future at first, it seems as though he’s come to accept it as fact. He recently responded to a fan on Twitter by finally admitting: “ok fine i guess we did.”

"The Simpsons" is available to stream on Disney+.

Disney is the parent company of ABC News and "Good Morning America."