MONTGOMERY, Texas — What do you see?

The unusual cloud formation has people buzzing on social media about its striking resemblances to a "glowing angel" in the sky.

Rays from the sun can be seen pushing from behind and forming a glow effect behind the formation.

Ferraro told ABC Action News, he captured the photo as he was driving to address a matter that he had been dreading.

He said he took it as a sign that things would be "OK." 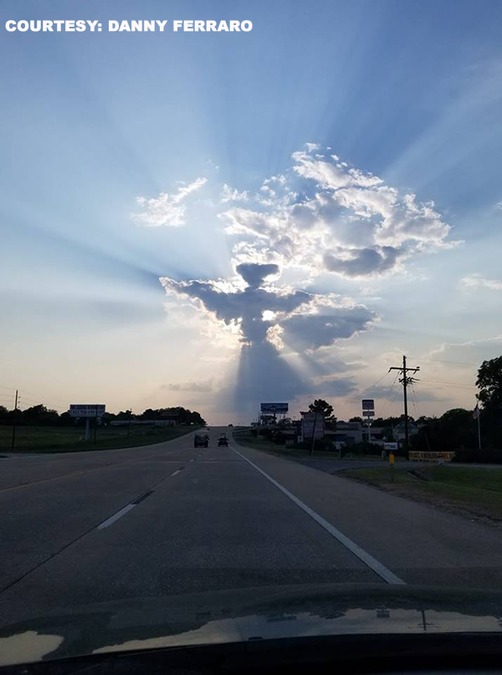 ABC Action News Meteorologist Shay Ryan looked at the photo. She says the formation are cumulus clouds that likely formed from daytime heating.

Whether you see an angle or just clouds, either way, it makes for an amazing photo.

Ferraro told ABC 13 in Houston that the formation only lasted for a short time and he just happened to be in the right spot at the right time to capture it.