A 10-year-old girl in Ohio is receiving the gift of life from a fourth-grade teacher at her school.

Alana Brown said she and her daughter, Eva, are beyond grateful to Tanya Thomas, a teacher at Slate Ridge Elementary School who stepped up and offered to donate a kidney to the little girl.

"I simply wanted to thank an amazing woman for a selfless act of love kindness,” Brown told ABC News. “I had no idea so many people would care. She is truly an incredible person." 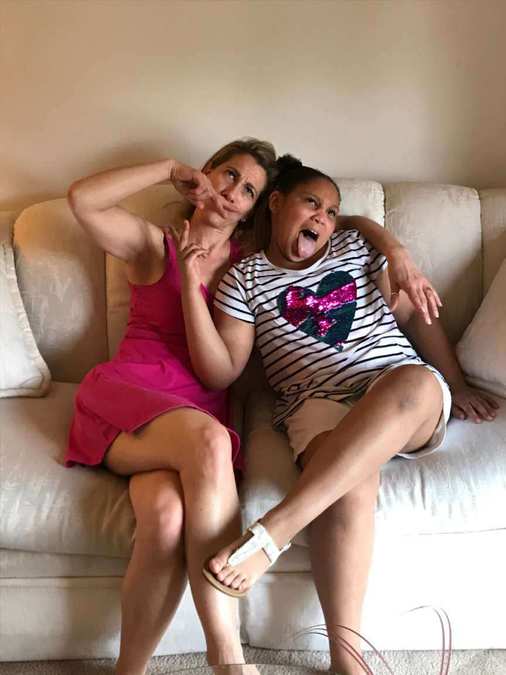 Eva Brown's medical problems began last March, her mother said. Thirty minutes after arriving home from dinner at a Japanese restaurant, Eva's whole face began to swell. Alana Brown said she rushed her daughter to urgent care, where she was treated for an allergic reaction. But the swelling came back within an hour, and this time, Eva was rushed to Nationwide Children’s Hospital in Columbus, Ohio.

Testing revealed that Eva had only 4 percent kidney function could have died within days if it had been left untreated, her mother said.

Struggling to find a donor

With no known cure available, Eva's only hope was a kidney transplant. In August of last year, she was put on dialysis, Brown said, a process that is long and exhausting. Brown said Eva must also take up to thirty pills a day.

Brown struggled to find a donor kidney for her daughter. A deceased donor’s kidney would only last ten years, she said, and family members had a different blood type than Eva's, so she could not take one of their kidneys.

Eva’s father had the same blood type, O-Positive, but since he has high blood pressure and does not know his family history because he was adopted, he was deemed unable to donate as well, Brown said.

Finally, Brown said a friend asked if she could put the word out on Facebook and within minutes, the comments came flooding in.

"I’m amazed at the human spirit,” Brown said as she recalled the "overwhelming" response to that initial post.

But among all those who wished the family well and offered their help, one person continued to stand out –- a woman named Tanya Thomas.

Thomas would consistently comment on posts about Eva and contact the family via text message, telling them about every test she had undergone to see if she was qualified to donate her kidney, Brown said. And it turned out Thomas was a match.

But Brown had no idea that they also shared a connection to Slate Ridge Elementary.

Then one day while Brown was at the school with Eva, a woman came up and introduced herself. It was Thomas.

Thomas told Brown she was a teacher at the school, but they kept that information from Eva just in case the transplant plan didn’t work out.

But when it came time to reveal the donor's name, Eva was ecstatic.

Eva is not one of Thomas’s fourth-grade students, "which makes her even more incredible," Brown said.

'We will be transplant sisters'

Eva and Thomas had never even met. Thomas had simply responded to the Facebook post, and "the rest is history," Brown said. 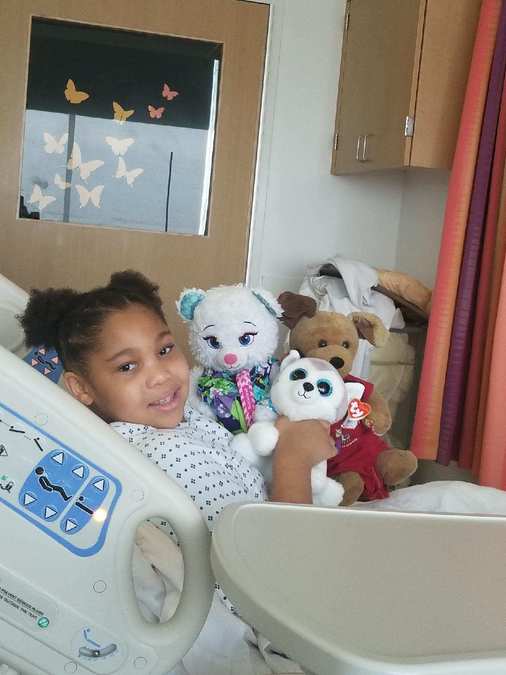 Thomas told ABC-affiliate WSYX in Columbus that she is "blessed with this good health" and wanted to help.

"We will be transplant sisters and so that's very exciting. She's got a long life ahead of her,” Thomas told WSYX.

The transplant operation is currently set for May 30 if Eva is strong enough. She was hospitalized again this week. 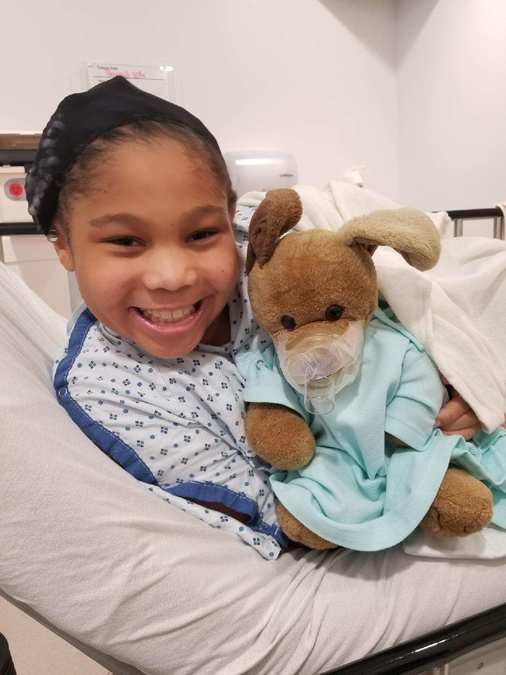 Brown said she wants to raise awareness that there are generous people, like Thomas, who volunteer to be living donors.

When it is time for the transplant, Eva wants to do her part to spread the word as well. to help other kids who may have the same problem.

Brown said Eva will document her journey on YouTube to help other kids understand the condition and make their journeys less scary.