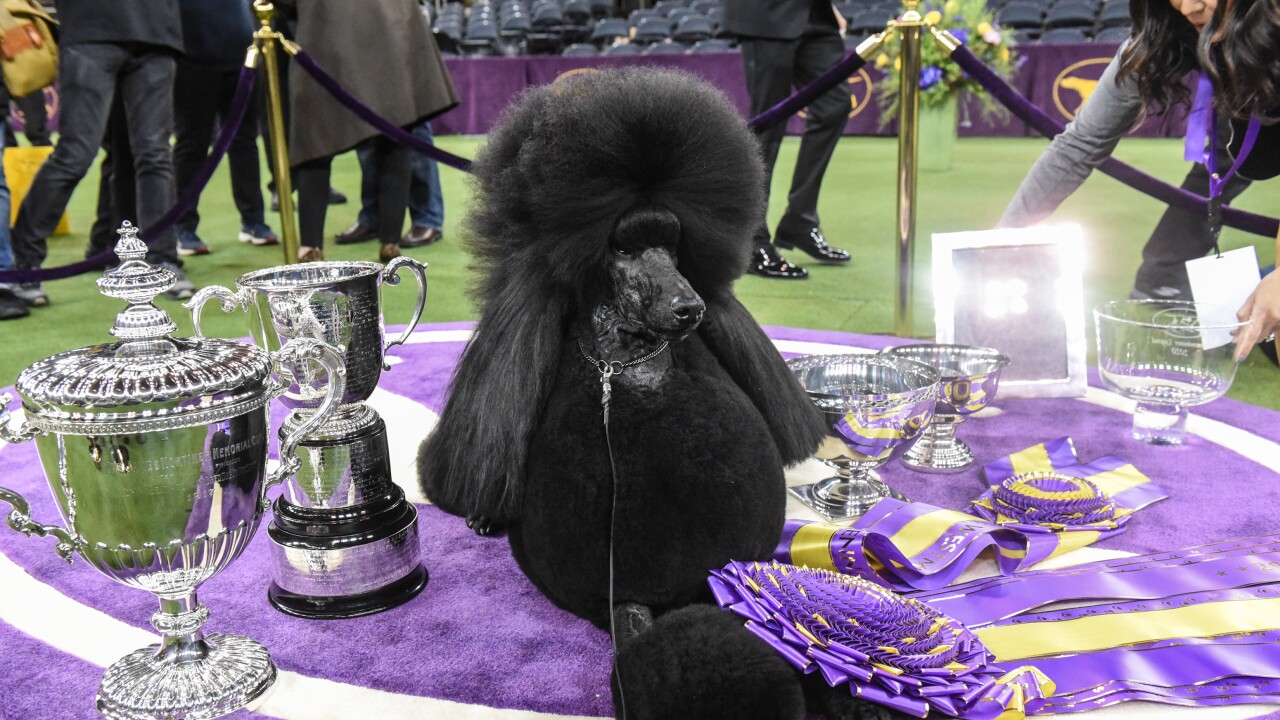 Stephanie Keith/Getty Images
WNEW YORK, NY - FEBRUARY 11: Standard Poodle named Siba sits in the winners circle after winning Best in Show during the annual Westminster Kennel Club dog show on February 11, 2020 in New York City. The 144th annual Westminster Kennel Club Dog Show brings more than 200 breeds and varieties of dog into New York City for the the competition which began Saturday and ends Tuesday night in Madison Square Garden with the naming of this year's Best in Show.(Photo by Stephanie Keith/Getty Images)

A poodle is on top of the dog show world.

Siba, a standard poodle, was crowned best in show on Tuesday at the 144th Westminster Kennel Club Dog Show.

According to her handler Crystal Clas, Siba is a big fan of chicken. In fact, it's the only food she eats.

It’s the fifth win ever for the standard poodle breed and the first since 1991.

The 144th #WKCDogShow Best in Show winner is Siba the Standard Poodle! pic.twitter.com/0xWLI5AA9B

Siba was the winner Monday in the non-sporting breed category.

King, a wire fox terrier, won the best in show award at last year's Westminster Kennel Club Dog Show. It was the 15th time its breed had won the top honor.