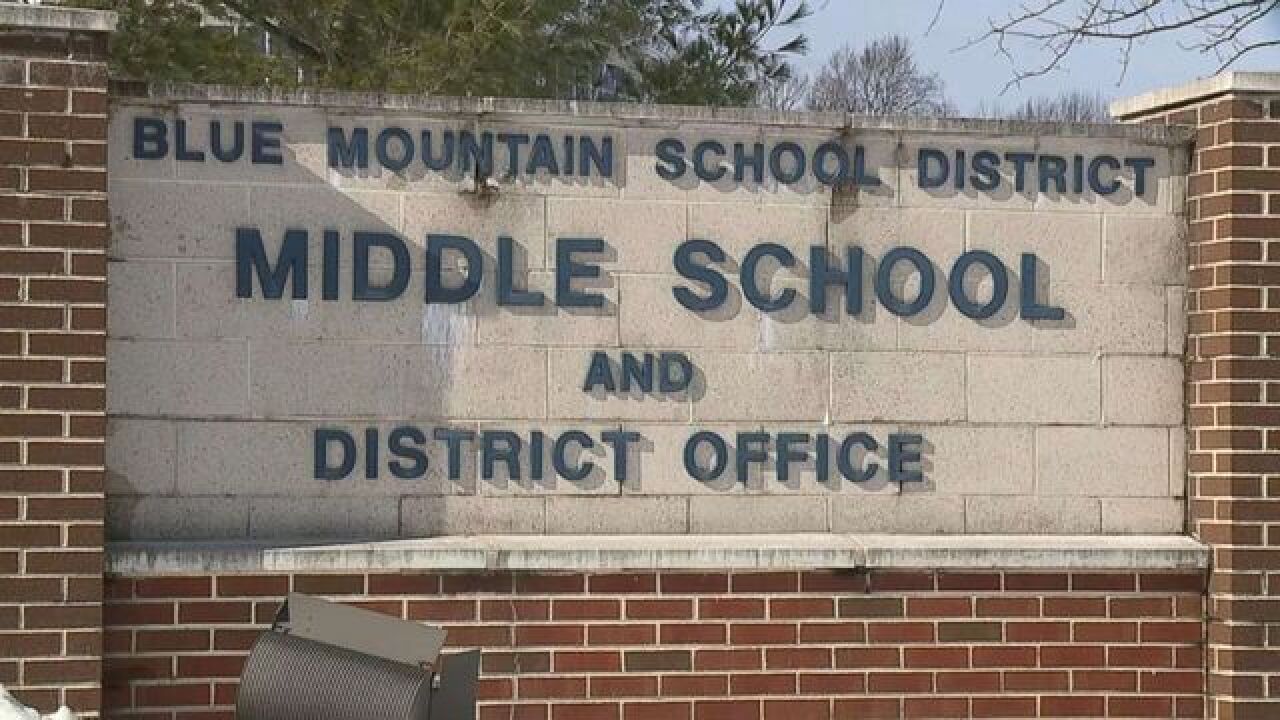 A Pennsylvania school district has stocked its classrooms with stones as a "last-ditch" to fight off potential school shooters, according to the superintendent.

Every elementary, middle and high school classroom in the Blue Mountain School District has a 5-gallon bucket full of river stones -- smooth, landscaping stones -- in the closet for students to throw at any armed intruder, district superintendent David Helsel told ABC News today.

Blue Mountain School District, which is about 90 miles northwest of Philadelphia, has about 2,700 students, he said.

The Blue Mountain School District in Pa., has armed students with rocks to fight off school shooters, the superintendent said.

"We've been trying to be proactive just in case," the superintendent said.

"We wanted to provide some type of last response to an intruder," Helsel said, "rather than crawling under a desk and getting shot."

The news of Helsel's stone policy -- which he said he implemented last fall -- started circulating after he mentioned it while testifying to the state House Education Committee last week in Harrisburg.

But the stones are the last-ditch response, Helsel stressed.

If an armed intruder gains access to the building, Helsel said, the protocol begins with alerting the staff to the location before teachers evacuate students.

If the intruder is near a certain class, however, then that class is instructed to lockdown, which involves locking the door, barricading it and implementing the district's installed devices that tightly secure the door, he said.

The students are then instructed to get out of the line of sight and arm themselves with a stone, rather than crawl under their desks, which Helsel said would leave them as stationary targets.

Finally, if the gunman can still gain entrance, that's when the stones would be deployed.

"How can you aim a gun if you're being pelted with rocks?" he said.

Helsel said he tries "to treat every child here like my own. While I don't like that we need to do this, this response is better than doing nothing."

He added, "If someone can provide a better last-ditch response to an armed intruder that's trying to gain access to a classroom, then I would be open to any idea."