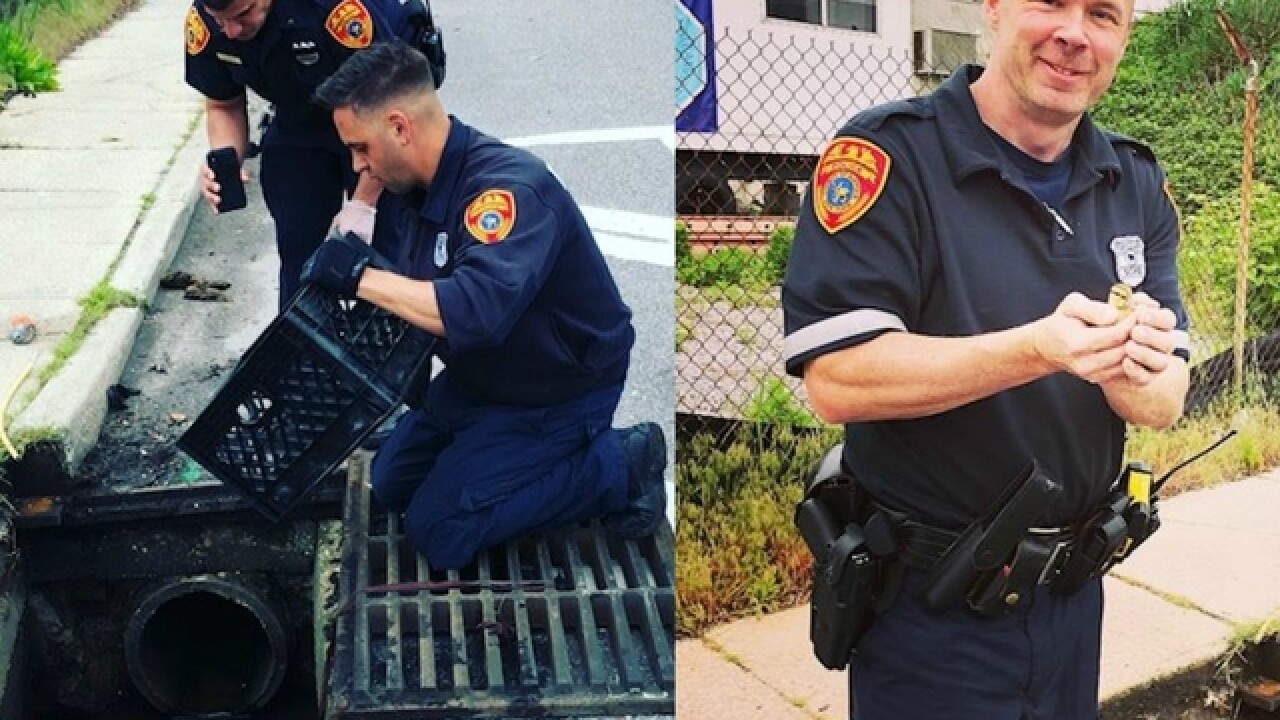 Officers with the Suffolk Police Department on Long Island on Sunday responded to a 911 call that several ducklings had fallen into a storm drain, with their mother waiting nearby.

Four of the ducklings were rescued immediately, but the rest retreated further into the drain. That's when Officer Steven Damico used a duck-calling application on his phone that helped lure the remaining ducklings out.

A final duckling was unreachable until an officer snagged it with a net.

All the ducklings were safely reunited with their mother.

It was a very special Mother’s Day for a local duck after SCPD officers rescued her 14 ducklings from a storm drain in Bay Shore this morning. pic.twitter.com/rVPNy5idgC