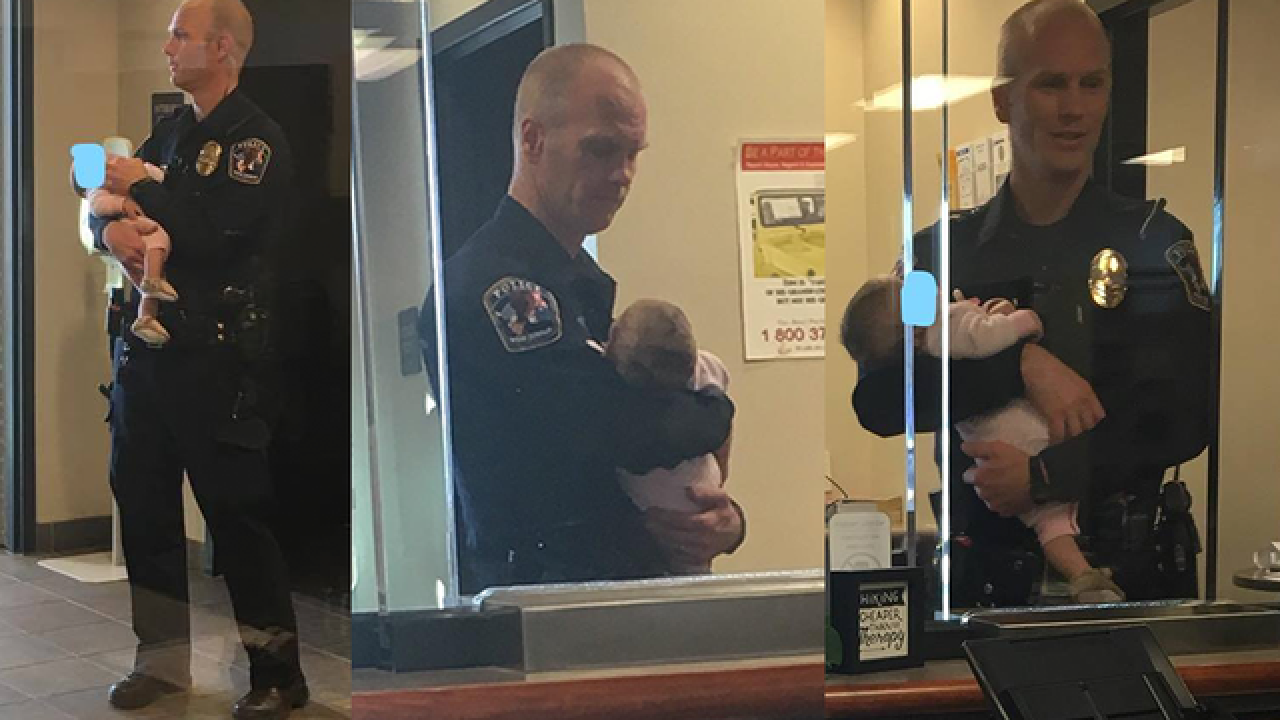 A Utah police officer has gone viral on social media after photos were posted by the West Jordan Police Department of him holding a young mother's baby as she filed a domestic violence report.

Officer Lofgran is being praised for helping the mother.

According to the Facebook post, a young mother came in to the department with her small children to file a domestic violence report and Officer Lofgran helped watch over the children while the mother got the help she needed. The department says the officer spend hours on the call, helping the mother with her children so her report could be filed.