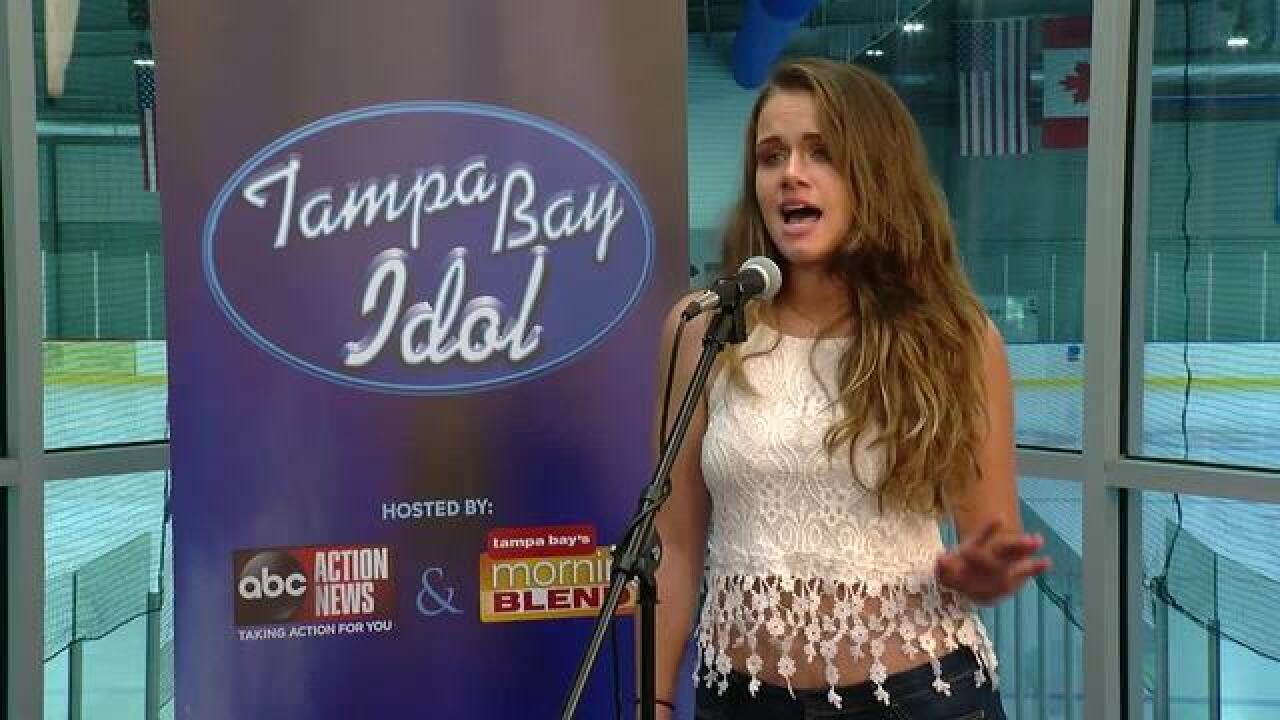 A Pasco County teen is going viral for her video asking singer Shawn Mendes to the prom.

"It was just something I did with my friends first, but I hoped he would see it," said Anastasia. "It's crazy that so many people have seen it now."

Victoria Anastasia is 17 years old but has big aspirations for her prom date.

"He's my inspiration and really into music. I want to be a musician just like him when I grow up... and he's also the cutest guy ever!," said Anastasia.

The video has been viewed more than 13,000 times in less than 24 hours, and the Mitchell High School student hopes her video will be enough to get the singer to her school.

The song is a parody on Mendes' "Stitches."

I’m going for it, @ShawnMendes WILL YOU GO TO PROM WITH ME??🎶☺️ pic.twitter.com/SzYLx4pr1W

We've met Victoria before here at ABC Action News. She participated in our Tampa Bay Idol and earned a "front of the line" pass. Check out her audition below:

She says she looks up to him as a singer for his lyrics and passion, and adds that he is "the cutest boy in the world."

ABC Action News Anchor Laura Harris also chatted with her on Facebook about the promposal:

Will Mendes go to the prom with her? The date is April 6, so we will wait to find out!