A distraught and pregnant Southern California widow is asking for the public's help in finding the person who police say intentionally threw a 35-pound boulder from an overpass onto a freeway, killing her husband.

"If anybody saw anything, please help us," Guadalupe Gutierrez said through tears at a press conference Thursday, two days after the death of her husband, 23-year-old Christopher Lopez.

Gutierrez said she learned she was pregnant a few weeks ago. 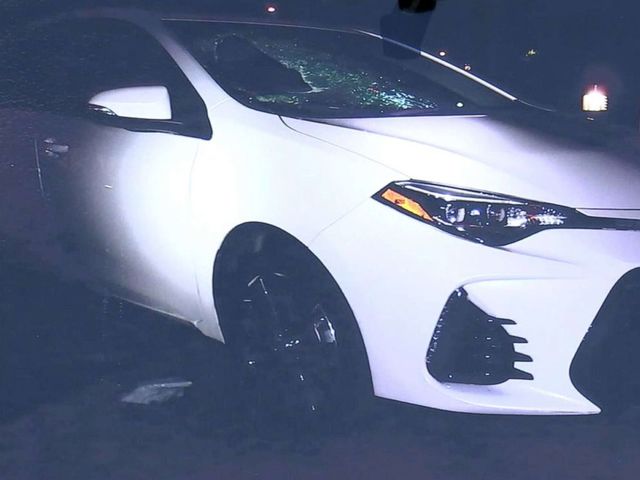 "My daughter was so excited to be a big sister," she said, weeping.

On Tuesday night Gutierrez was driving home with Lopez, her mother and her 4-year-old daughter on the 134 Freeway in Pasadena, the California Highway Patrol said.

As they drove under the Orange Grove Boulevard overpass, a 35-pound boulder suddenly hit their car, went through the windshield and struck Lopez who was sitting in the front passenger seat, the highway patrol said.

Gutierrez drove him to a hospital where he later died, authorities said.

Lopez's sister, Jennifer Lopez, was also overcome with emotion at the news conference.

"I'm asking everyone to help find the person who did this to him," she said.

The highway patrol called this an "intentional act" by a "careless person or persons."

Anyone who witnessed the incident or has possible information about the person or persons who threw the boulder is urged to call the highway patrol at 626-296-8100.