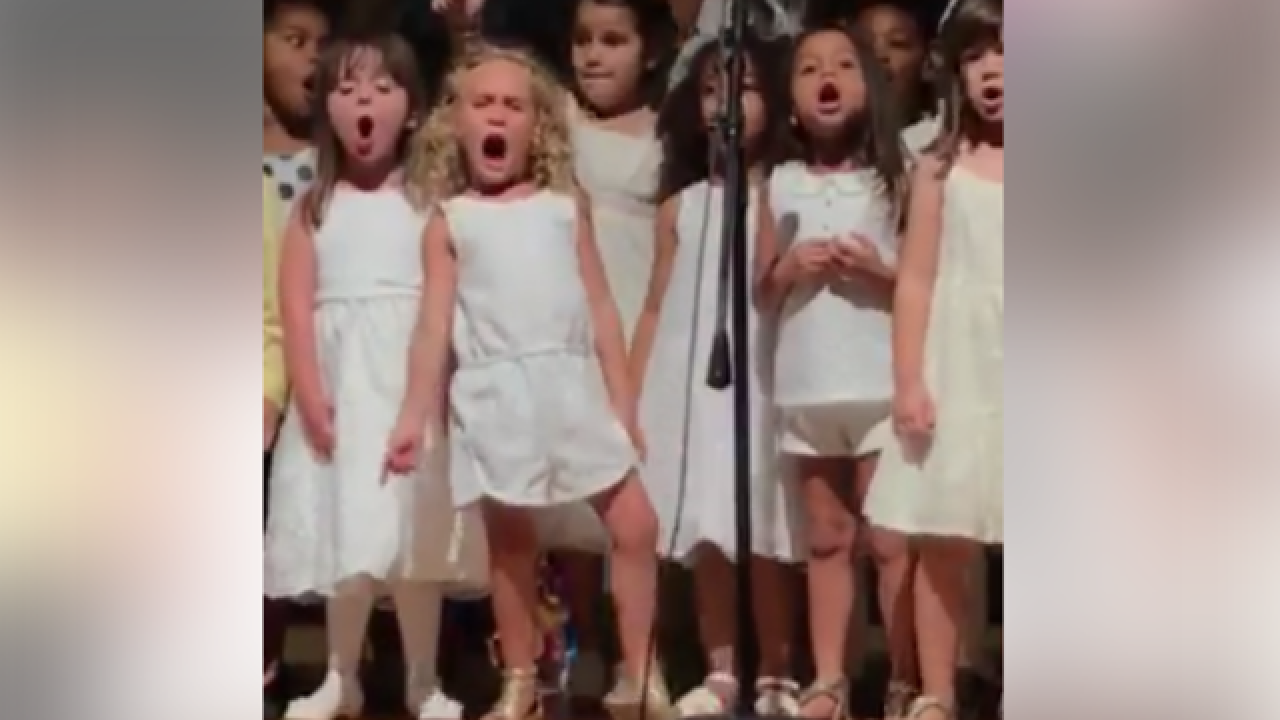 The stage wasn't big enough for little Sophia Urquijo when it came time to perform Moana's "How Far I'll Go" with her class during her Preschool graduation in Miami.

Sophia's mom Michelle says she's still in disbelief that her "silly little girl just being her quirky self has had millions of views" after she posted the video of the performance to social media on June 10.

Just 9 days after posting the video, Sophia has been seen by over 11 million people for her exaggerated and adorable performance. Her mom posted "When the last song of graduation is supposed to be mellow ::::: and you didn't get the memo."

In the video, Sophia is center-stage, giving what appears to be the performance of a lifetime, totally stealing the show with her passionate dance moves and foot stomps as she belts out the words to the popular Disney song. You can almost hear her screaming the song out to the crowd.

Watch the video below:

Obviously Moana left quite the mark on Sophia. We can't wait to see what this confident and outgoing little girl does next!