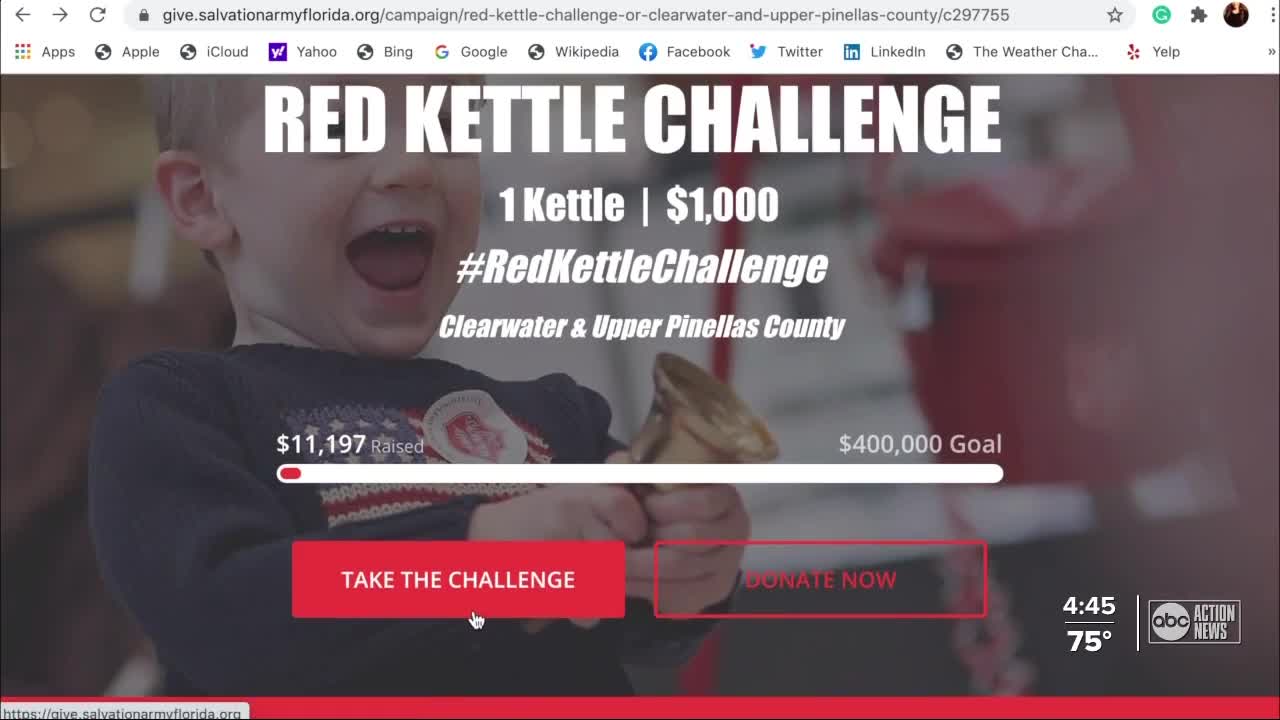 Fewer people are venturing out to stores and are shopping online. They’re also not carrying as much cash on them. It’s why you can take the red kettle challenge and become a virtual red kettle bell ringer — a concept that’s becoming more popular in the age of COVID. 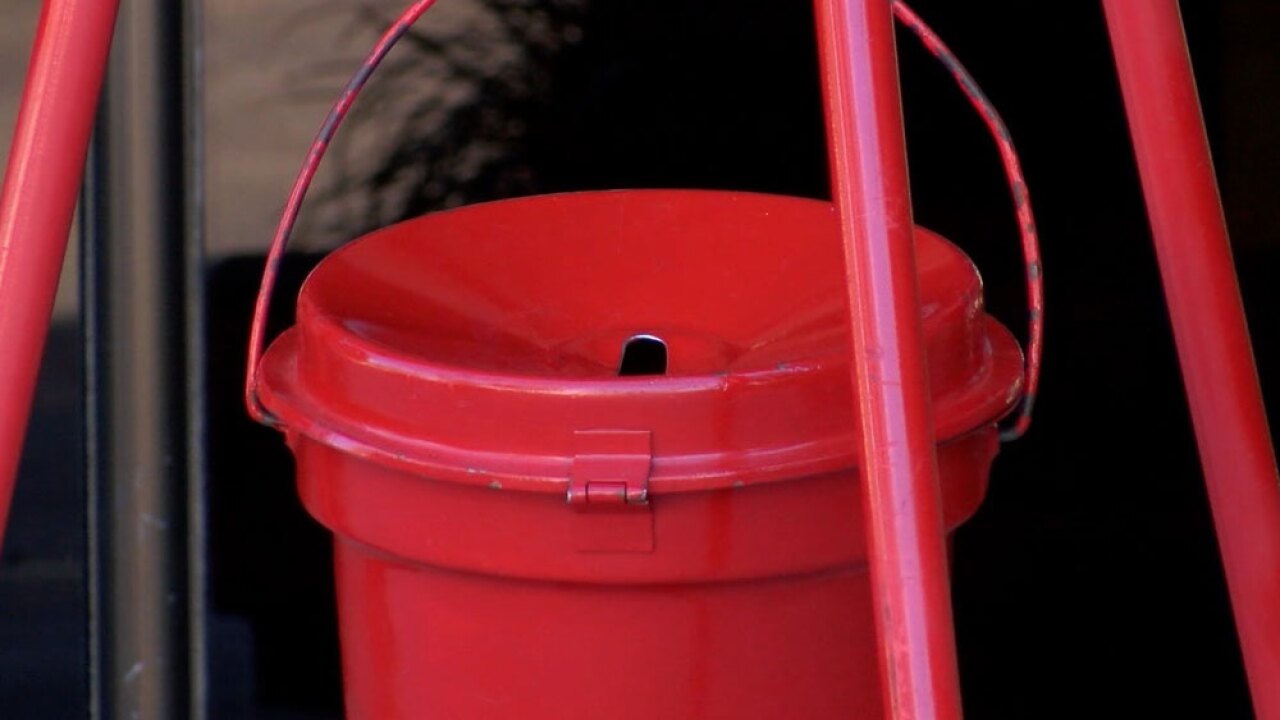 TAMPA, Fla. — It’s a sound synonymous with the season.

“We’re blessed to become a fabric of Christmas in America, and around the world actually,” said Major Ted Morris, the Director for the Salvation Army in Clearwater and North Pinellas county.

But the ringing of the Salvation Army red kettle bell is limited this year with COVID still threatening families on so many levels. The virus has done a number on people's livelihoods this year and more families are in need of help when it comes to putting food on the table.

“We plan to help rescue Christmas for them, help them with their rent, their utilities,” said Major Morris.

Fewer people are venturing out to stores and are shopping online. They’re also not carrying as much cash on them. It’s why you can take the red kettle challenge and become a virtual red kettle bell ringer — a concept that’s becoming more popular in the age of COVID.

“We know it takes a few years to really get the idea going because people want to be out here, and this is where the kettle should be, but we think it’s going to pick up as things pass, because people know now there’s just not as many people out here,” said Morris.

You can also make a donation to the Salvation Army via Google and Apple pay.

At times throughout this pandemic, Feeding Tampa Bay says they saw four times the amount of people in need.

“And of those, 70% had never been in a food line before. Think about that,” said Thomas Mantz, the President of Feeding Tampa Bay. “Right now we’re seeing about double what we normally would.

Which is typically about 600,000 people. Now it’s well over a million.

“The numbers have changed drastically, and even though we’ve seen economic recovery, it’s not in any way, shape, or form what we need or where we need to be,” Mantz said.

He says hopefully time will heal that wound but for now, hosting a virtual food drive, and volunteering is how you can help. You can also find food near you via text.

“What we thought was a beta test, we were going to test this a bit, all of a sudden the hurricane came, and we thought well we’re going to do a stress test. It’s been terrifically helpful,” Mantz said, of the text program.