UPDATE: The City of Tampa has updated three of their drive up access points around the Riverwalk less than 24 hours after a car drove along the popular Tampa Bay trail.

An employee with the city's park and recreation department tells us there are supposed to be pillars in front of three access points near Cotanchobee Fort Brooke Park, but they were not put back in after a recent event.

The city could not say how long the pillars were out of the three locations they were meant to sit in, but say an employee likely forgot.

ABC Action News has learned they will continue to assess safety concerns and make changes if needed to the Riverwalk area.

The video shows a red convertible driving along the pedestrian and bicycle area and was recorded by a customer who was eating at the Columbia Cafe along the river.

Ashley Balavender said everyone eating at the restaurant started screaming at the driver, "they were yelling this isn't a driveway, you can't drive here."

Balavender tells us she walks this area frequently, and it worries her that a car can could have access to where people are, especially after what she's seen on the news with cars into crowds.

ABC Action News has sent the following video to the City of Tampa:

A representative with the city’s park and recreation department tells us they appreciate being made aware about this incident and they are thankful there was no one was injured and there was no negative intent in this case.

Paul Dial with the city tells ABC Action News staff will be meeting on Thursday afternoon, just hours after our request, to see how the vehicle got access to the pedestrian area.

The city plans to do a review and analysis with city staff and the Tampa Police Department.

Dial said that they will look to see if there are improvements to be made and if so they will be addressed. 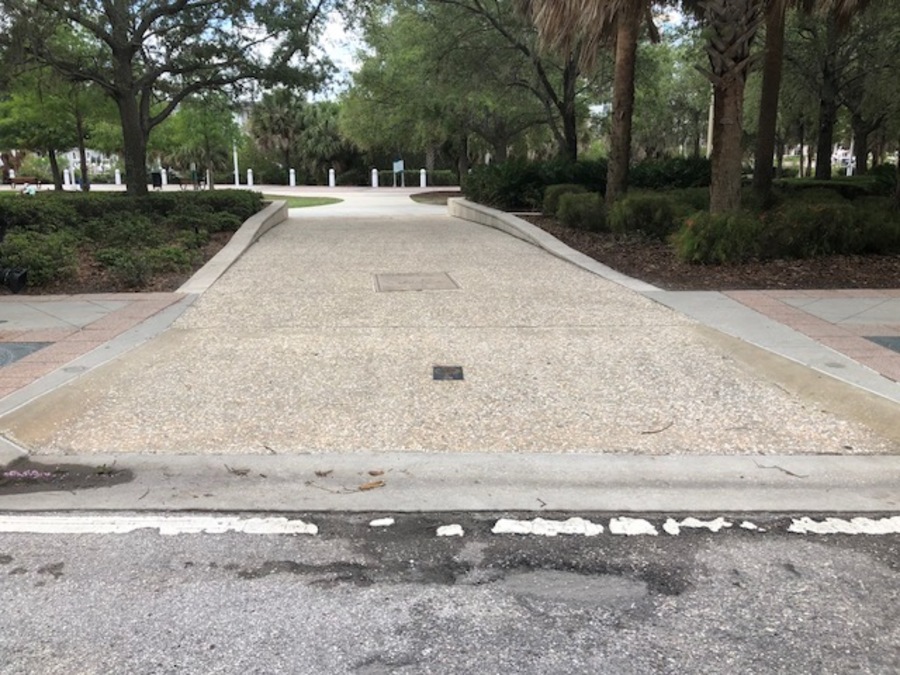 ABC Action News took this picture of an access point we found where a car can drive up.

He went on to say that when there are large events and special events along the Riverwalk, they have advanced security with extra barricades and barriers that are put in place.

Balavender said that there was enough room for the car to turn around, "and everyone was freaking out that she could even make a u-turn here and drive back down again."

After the driver got off the pedestrian area, Balavender said she found a parking spot and went into the restaurant.

" I don't even know how someone could think this is somewhere to drive, there are park benches and everything," she said.