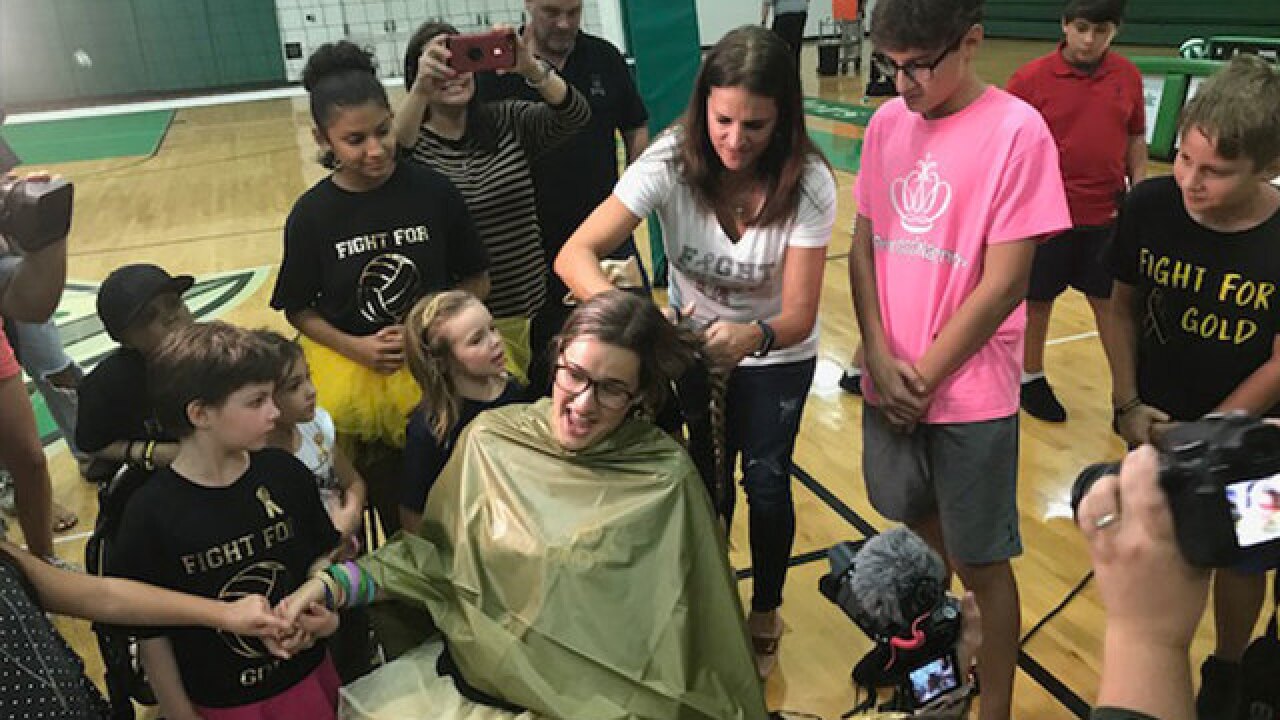 TAMPA, Fla. —  An 18-year-old has shaved her head to show support for the children with cancer she visits in local hospitals.

Calyn Quinn graduated from Tampa Catholic High School last year, but she returned to the high school on Thursday to shave her head and help raise money for families during a varsity volleyball game.

She said she created a non-profit organization, Fight for Gold . She encourages people to wear gold if they know someone battling the disease.

She said more than $4,000 was raised for local families during the school's game.

"It will go to a few families to help with financial expenses for treatments because they usually have to quit their jobs to help their child," said Calyn Quinn.

She shaved her head after the game.

Quinn said she was inspired to help cancer patients after meeting 2-year-old, Chloe, who was battling the disease.

Chloe's mother, Jacquie Grimes, said her daughter was diagnosed with a type of lung cancer on Christmas Day 2015.

"Chloe is now 5 years old. She was 2 years old when she was diagnosed on Christmas Day 2015 with pleuropulmonary blastoma," said Jacquie Grimes.

Grimes said her daughter received nearly 40 rounds of chemotherapy. She is cancer-free.

"Back then I was terrified. I didn't know what to expect. No one trains you for any of this. It's something you just go through, take it day by day, hour by hour and treatment by treatment," said Grimes.

Survivors and fighters attended the volleyball game on Thursday.

Quinn said she shaved her head after children with cancer asked her to get the same haircut as them.