Wear a mask or face a fine. Holmes Beach is the latest city in Tampa Bay to add a new mask ordinance. 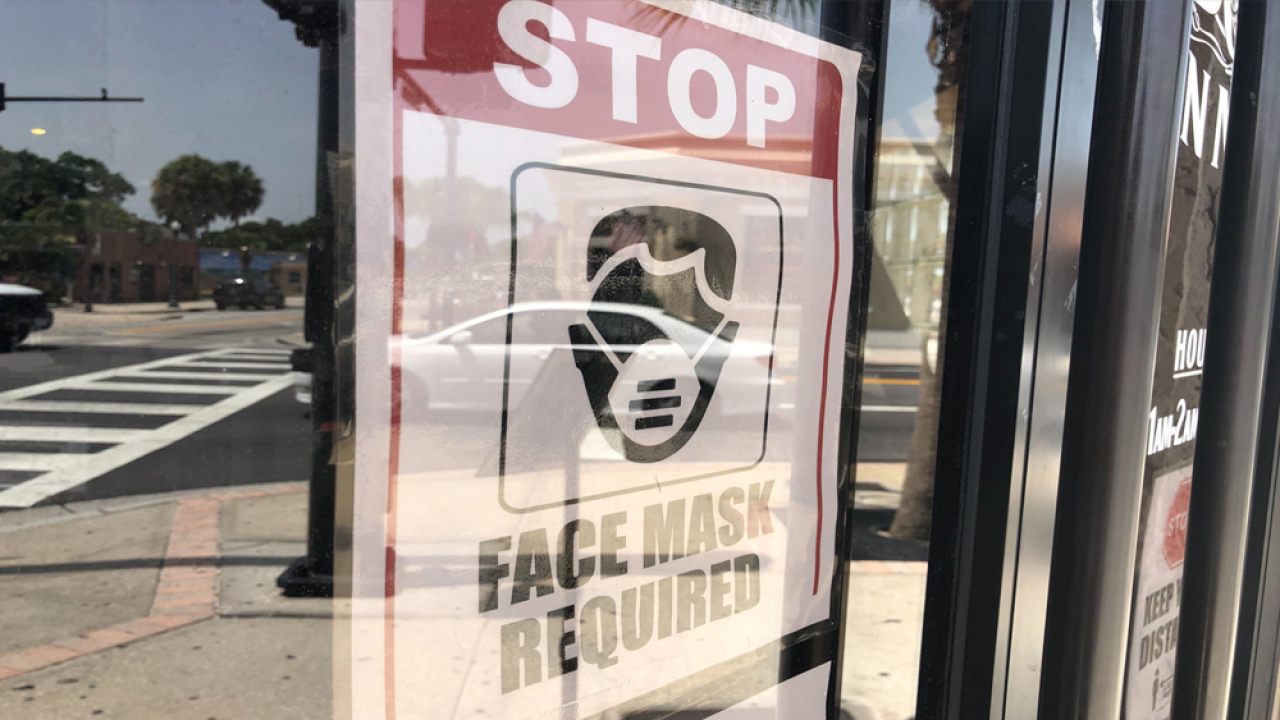 HILLSBOROUGH COUNTY, Fla. — Wear a mask or face a fine. Holmes Beach is the latest city in Tampa Bay to add a new mask ordinance.

Here’s where you’re now required to wear a mask at an indoor business: Pasco, Pinellas, and Hillsborough Counties…and the cities of St. Pete, Tampa and Holmes Beach also passed their own mask rules.

Manatee County leaders won’t be giving out fines but instead, they're making a strong recommendation for people to wear masks in public.

Lakeland, Polk County, Hernando County and Sarasota County do not have mask mandates in place.

Business owners tell ABC Action News enforcing the new rules can be uncomfortable, but they’re happy to see a unified effort to keep our community safe.

Cindy Buckley works at Main Street Salon in New Port Richey and says it has helped create uniformity at her hair and nail salon.

“I think it’s a good thing. I know we have clients who have been resistant to it and now it’s kind of taken it out of our hands, it’s going to actually make it easier because we’re not here to make enemies,” she explained.

Ruthie Hill works in St. Pete Beach as the owner of Chill Restaurant and Bar on Corey Avenue.

“I know there was a lot of opposition to it but I think it’s important we stop the spread of the virus however we can,” Hill added.

Enforcement is mostly being left up to business owners, although some cities have established a number people can call to report violations.

Store owners tell us most people are following the rules, but they have turned away customers refusing to wear a mask.

Michael Ottaway at Melt’d at Ottaway’s Restaurant in New Port Richey says it’s a tough position to be in.

“You have to tell people what to do. A lot of them don’t want to be told what to do. Some follow and respect the situation but others just don’t.”

“That’s sad because we are all in this together and everybody’s got to do their part,” Buckley elaborated.

There’s also a push to mandate masks statewide. Florida’s Democratic Congressional Delegation sent a letter to the governor asking him to consider it, but Governor Ron DeSantis argues that it is unnecessary since some rural areas have few COVID-19 cases.