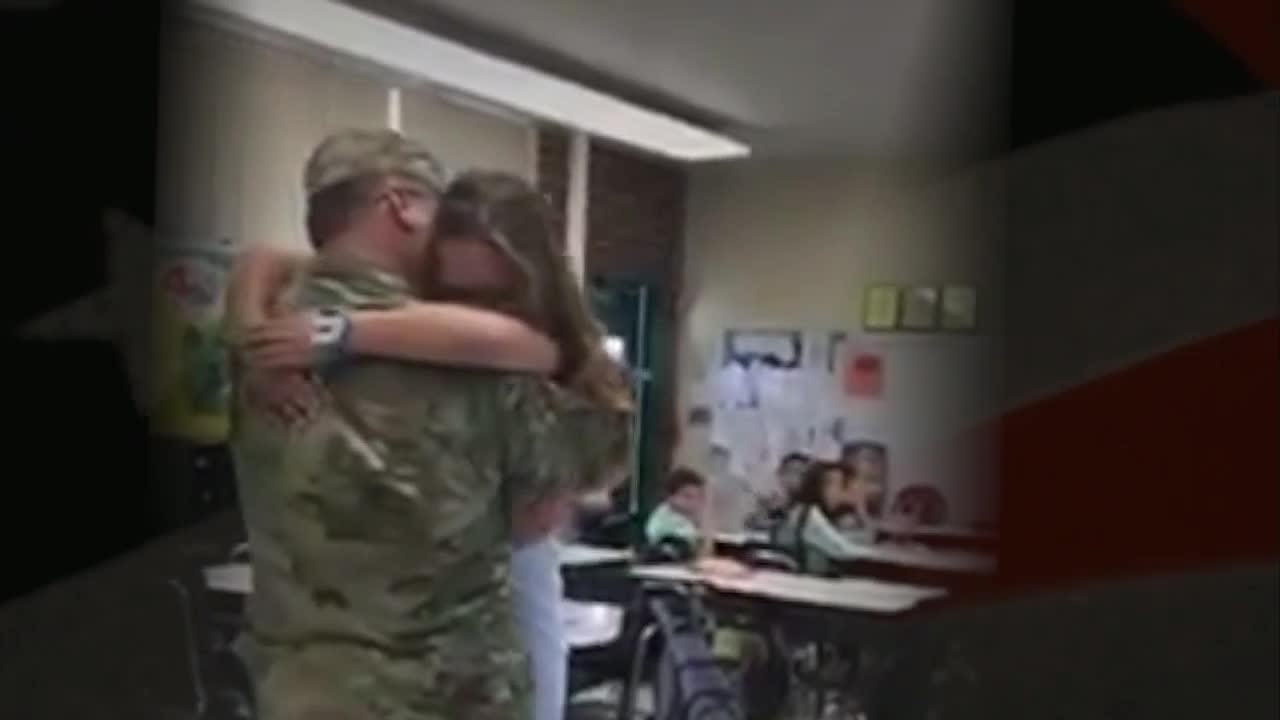 A soldier surprised his step-children in school after he had been deployed for nearly a year. 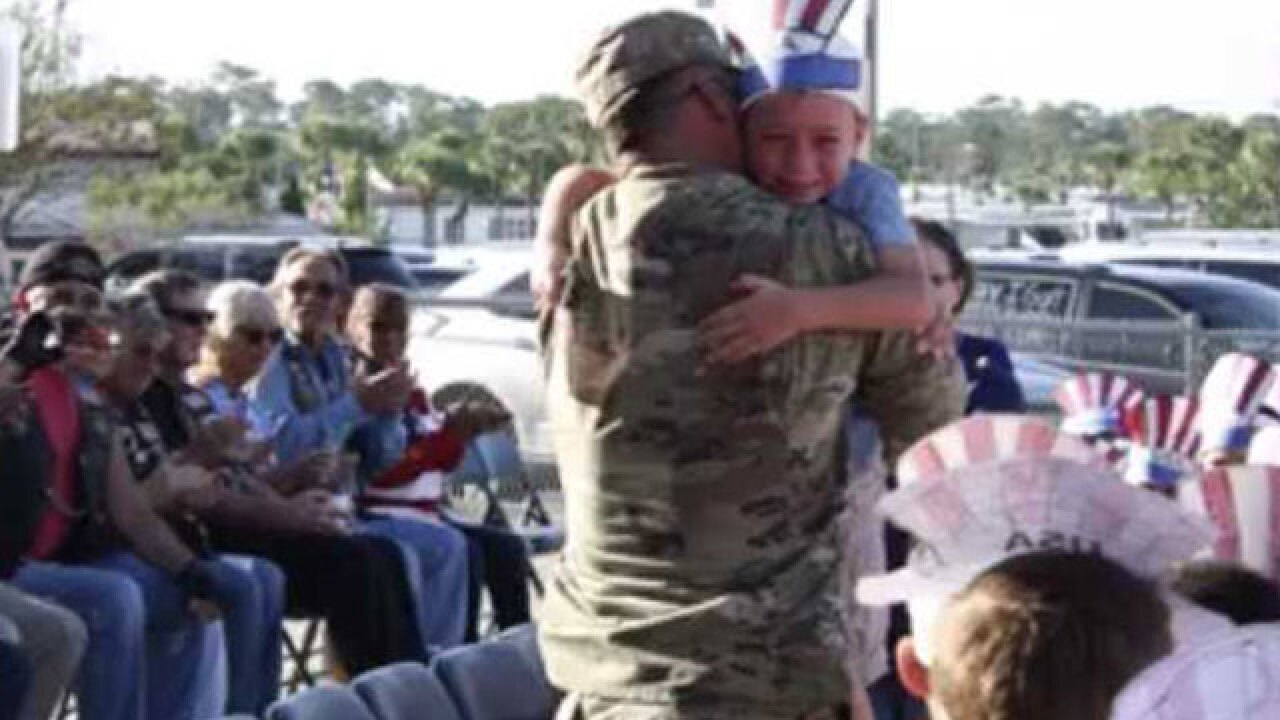 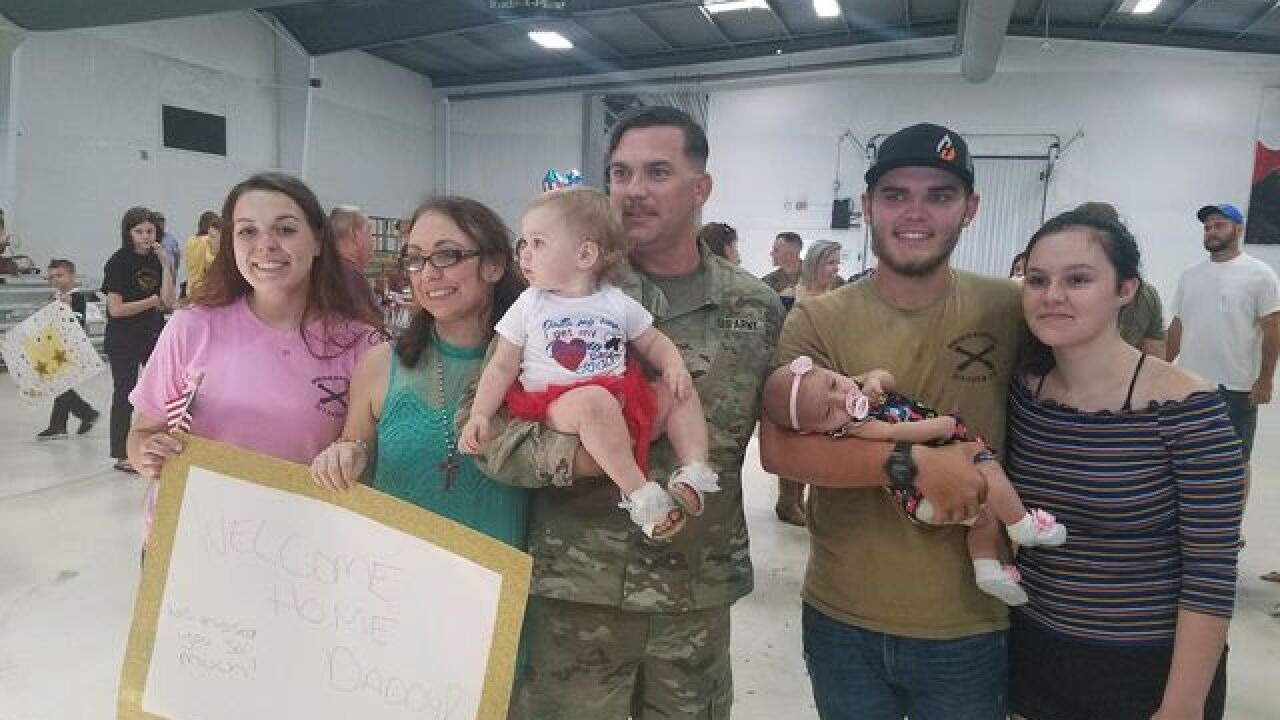 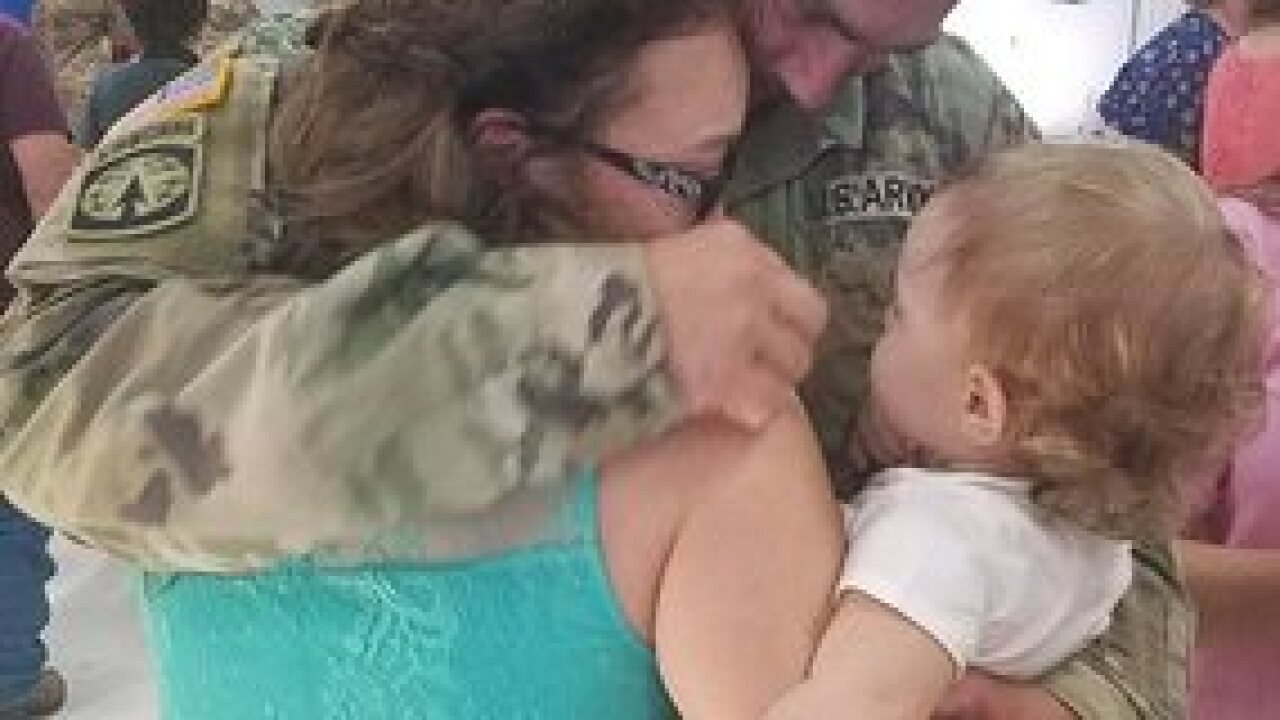 SEBRING, Fla. — A soldier surprised his step-children in school after he had been deployed for nearly a year.

His step-daughter, Kaylin, was sitting at the front of her class. She ran over and gave her step-father a long overdue hug.

Staff Sgt. Ray has served for nearly 20 years. He has been deployed five times. His most recent deployment included Syria and Kuwait.

"All we got to do was see him in a phone and not in real life," said step-daughter Kaylin.

Staff Sgt. Ray has five children, his youngest daughter was 4 months old when he left to serve.

"I missed her first step, her first teeth, her first word, everything," said Staff Sgt. Ray.

The family relied on cell phones and FaceTime.

"It's not just the solider that sacrifices. The family sacrifices every day," said Staff Sgt. Ray.

Candace Ray said she relied on the support of other army wives at First Alliance Church in Lakeland. She said she's relieved her husband is back home.

"He better be home for good," said laughed.