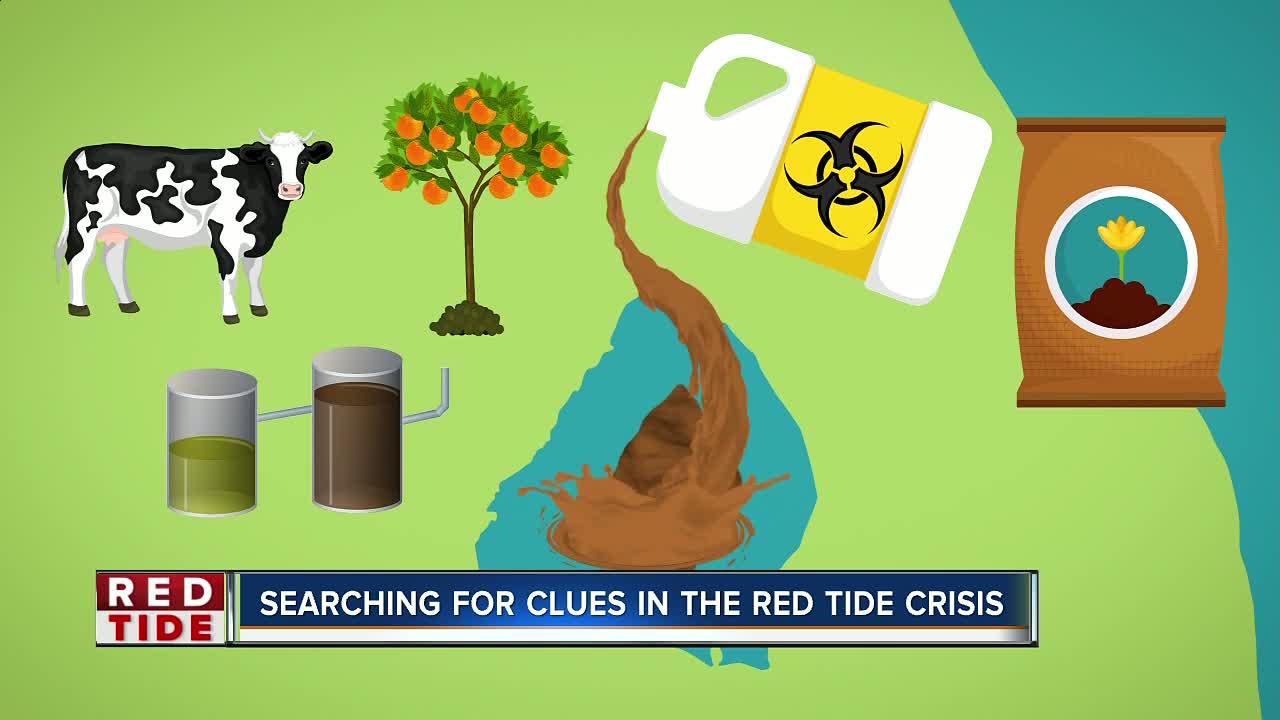 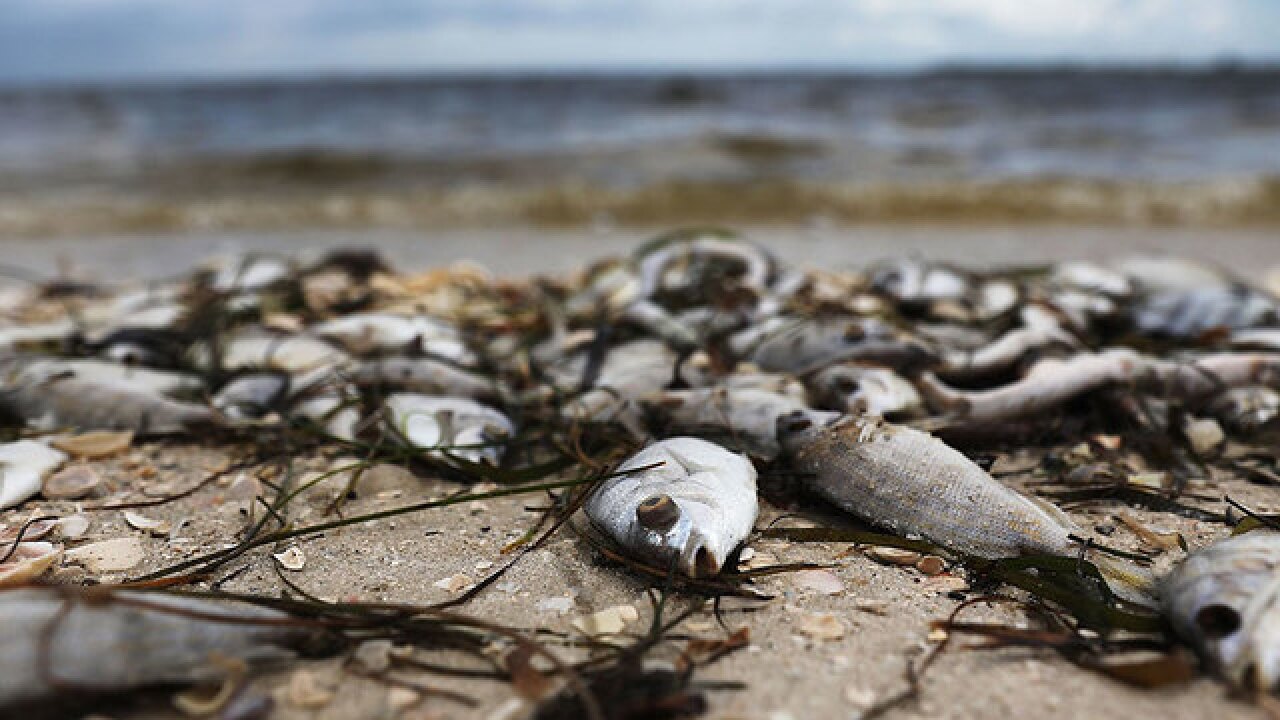 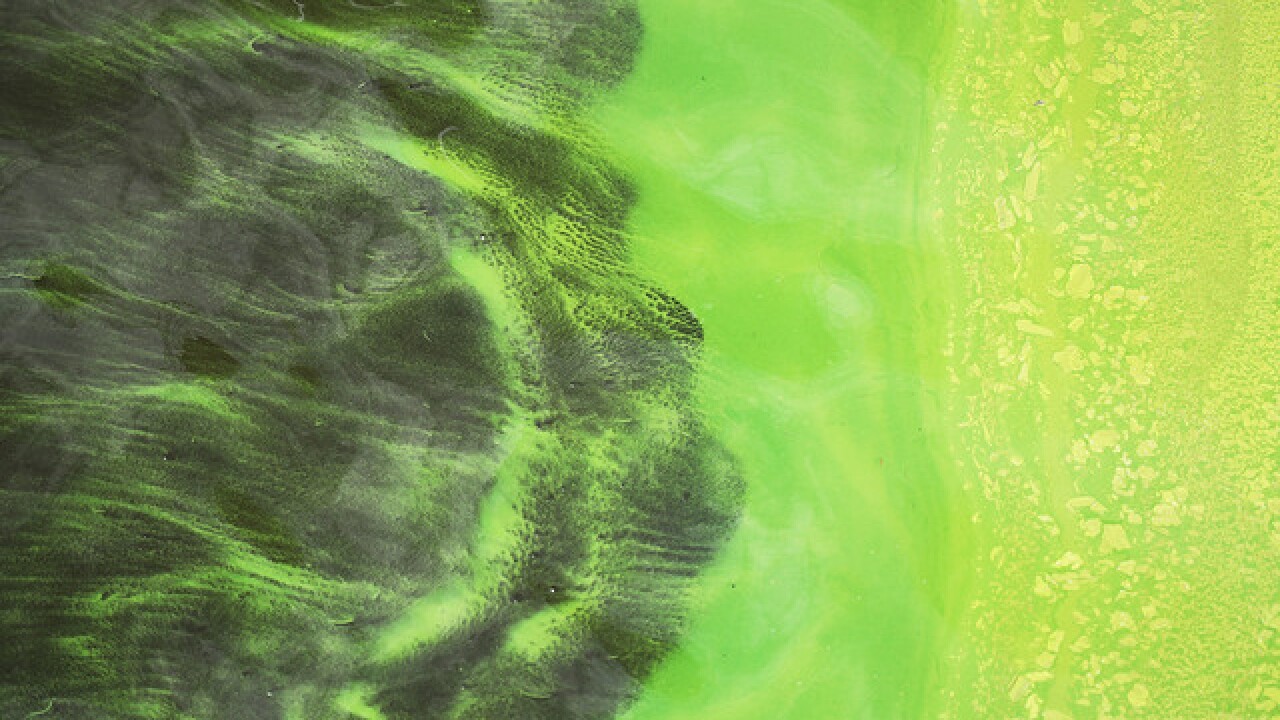 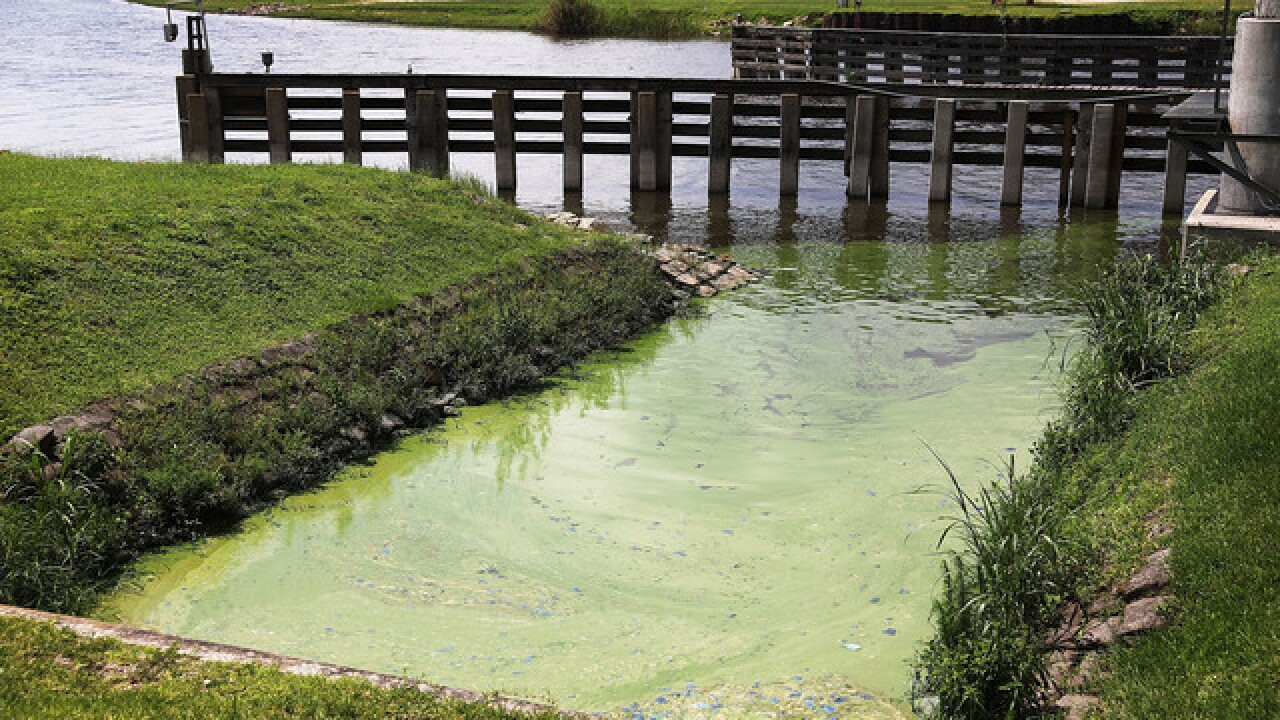 Now, for the first time ever, scientists say they will soon be able to pinpoint exactly what is fueling the red tide – and whether it’s tied to the blue-green algae blooms on Lake Okeechobee turning Florida’s rivers and canals green.

“It’s the perfect storm of a nightmare that won’t seem to go away,” John Cassani told ABC Action News reporter Michael Paluska. “Why is it more intense? Why is it lasting longer?”

Cassani, who is with the nonprofit Calusa Waterkeeper, has teamed up with Florida Gulf Coast University to test exactly what’s in the water flowing into the Gulf of Mexico.

Cassani says he’s never seen the toxic algae from the lake making it past barrier islands like Sanibel and into the Gulf of Mexico’s red tide zone.

But here’s what scientists believe is happening:

For 50 years, chemicals found in fertilizer has been flowing into Lake Okeechobee through runoff from cattle ranches, orange groves, septic tanks and other pollution sources. Those chemicals mostly stay trapped in the lake, but several times a year the U.S. Army Corps of Engineers releases water – along with the chemicals – from the lake into local rivers that lead to the Gulf and the Atlantic.

Green algae blooms are seen near the Port Mayaca Lock and Dam on Lake Okeechobee on July 13, 2018 in Port Mayaca, Florida. Water releases which carry the green algae from Lake Okeechobee resumed Friday morning into the Caloosahatchee River and into the St. Lucie River at Port Mayaca. (Photo by Joe Raedle/Getty Images)

Scientists already have ample proof that red tide, which began in October 2017 and stretches more than 135 miles from Collier County to Pinellas County, continues to grow by feasting on fertilizer contaminating the water.

Now they are looking for evidence that the contaminated water is coming from Lake Okeechobee or some other source.

“It fertilizes the algae and they go wild,” said Dr. Paul Gray, coordinator for the Audubon Everglades restoration program.

After rains from Hurricane Irma drenched the state last year, the lake filled with more than two million pounds of phosphorus, a chemical in fertilizer. That’s nearly 10 times higher than the recommended limit.

Green algae blooms are seen at the Port Mayaca Lock and Dam on Lake Okeechobee on July 10, 2018 in Port Mayaca, Florida. Gov. Rick Scott has declared a state of emergency in seven Florida counties to combat the potentially toxic green algae bloom that work their way along the river and canal systems when the locks are opened to discharge water from the lake. (Photo by Joe Raedle/Getty Images)

This summer, 90 percent of the lake was covered in toxic algae.

But on Indian Prairie – two miles from open water on Lake Okeechobee where blue-green algae blooms – the water is so pure you can drink it.

Now scientists and locals are fighting to clean up the rest of Florida’s connected waterways.

Chris Wittman with Captains for Clean Water is a native Floridian who spent his childhood fishing the waters of the state’s west coast.

“To see fish that live to be 70- or 80-years-old killed because of man’s actions and mismanagement of habitat is criminal,” said Wittman.

Many of the projects that could clean up the waterways are decades from completion.

“It’s going to take billions of dollars and it is going to take decades, but unless we do it, this is going to be our life,” said Gray. “No one wants to have toxic algae blooms. This is Florida. This is where you come to fish and come to swim and kayak and enjoy the water sports and go to the beach.”