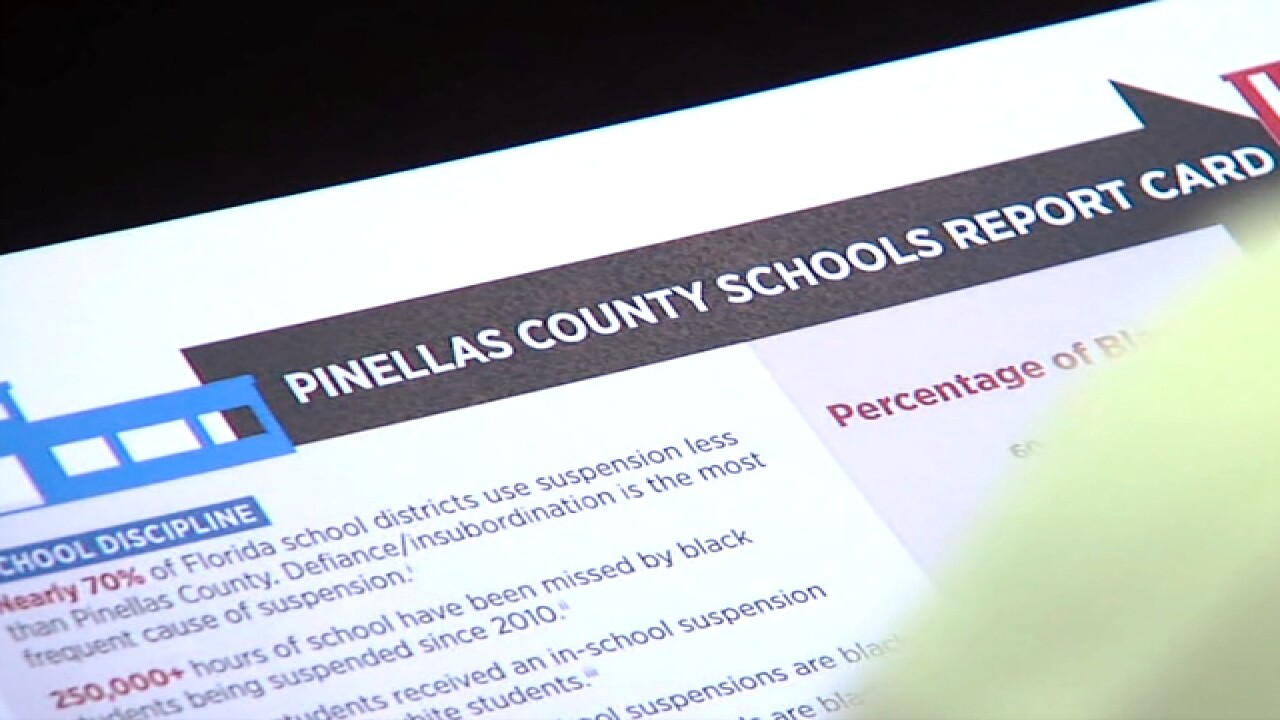 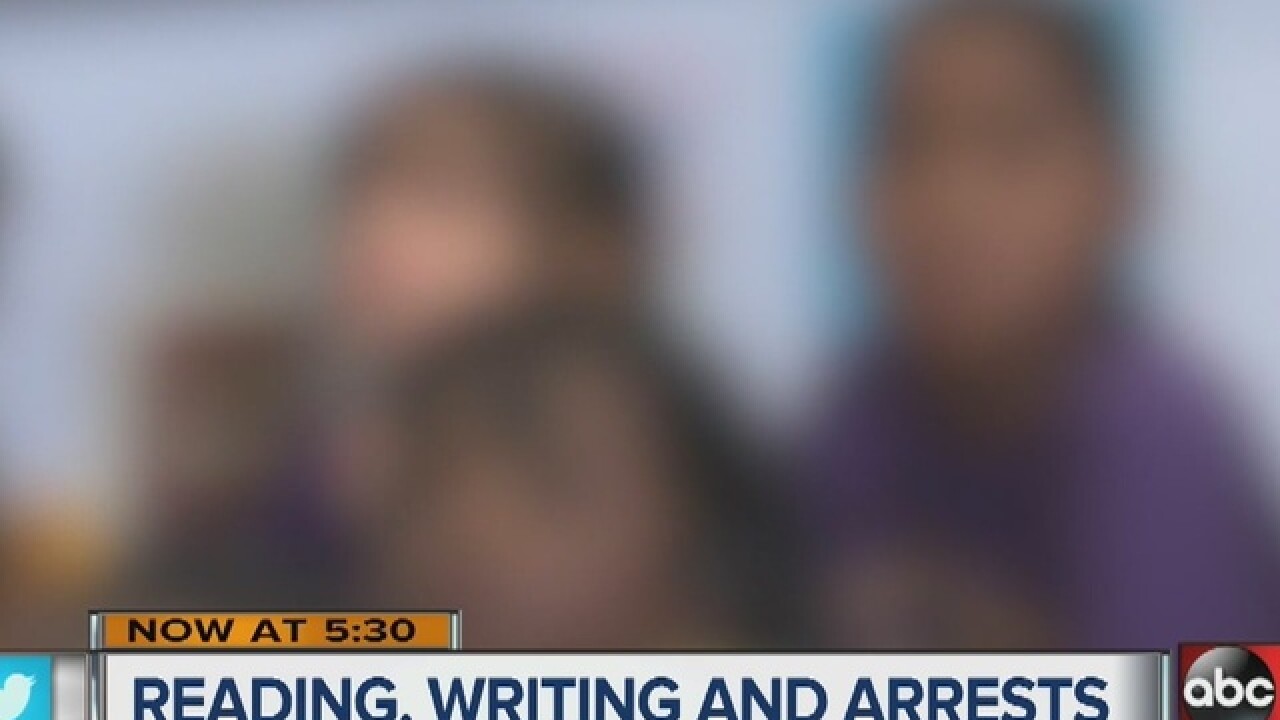 Pinellas County Schools is third in the state for disproportionately arresting black children.
A scathing report from the Southern Poverty Law Center, released Thursday, reveals that 81 percent of Florida school districts arrest fewer children than Pinellas County Schools.
2013-14 School Arrests Per 1,000
Nearly 70 percent of Florida school districts use suspension less than Pinellas County Schools. Most often, students are suspended for insubordination or defiance, the Southern Poverty Law Center uncovered.
At a community meeting to discuss the concerns raised by the report Superintendent Michael Grego said they were working to address the issues head on with more training, and understanding for students in need.
"What we are trying to do is create a greater sensitivity to the African American community," Grego said.  "Our teachers and administrators are looking for alternative ways to find corrective behavior to our students, and alternative means to suspension and discipline."
Grego promised more than a hundred parents and community members that he would lower the current suspension from 10 days to 5 days in an effort to keep those students who are misbehaving from falling behind so much, they can't recover and ultimately drop out.
In their Pinellas County Schools Report card, the Southern Poverty Law Center found that nearly 250,000 hours of school have been missed by black students, being suspended since 2010.
This is concerning to Yasmen Williams, who has an 8-year-old daughter, Jasarah, in one of Pinellas County's most struggling schools. She is worried that despite her daughter being in gifted programs, she could be labeled by school administrators because of the color of her skin.
'It scares me because at any given time, my child could have a wrong day and it could be taken then wrong way," Williams said.
In terms of equity and academic outcomes, twice as many black students drop out of school in Pinellas County than white students. Nearly 45 percent of black male students do not graduate, compared to 27 percent of white male students. 75 percent of black students failed the FCAT test.
Rev. Dr. Manuel Sykes, a community advocate and church leader at Bethel Community Baptist Church, said the community has been pushing for changes in the way school administrators discipline students for years, yet, the school board has refused to listen.
"We've tried to bring those solutions to the school board in order to bring a different outcome," Skyes said.
Skyes, along with The Florida Association of School Psychologists, recommends Pinellas County Schools ban the use of out-of-school suspension for minor infractions such as "defiance", "disruption" and other minor, nonviolent behavioral violations.
Psychologists also recommend banning the use of out-of-school suspension and expulsion for ALL behavioral incidents involving the "youngest and most vulnerable students in preschool and elementary schools."
"Our children should not be on the streets unsupervised," Skyes said. "They need to be in a supervised environment."
They are also calling for all School Resource Officers, or SROs, to be trained in differentiating criminal misconduct from misbehavior as well as a broader understanding of how to de-escalate potentially violent situations.

Pinellas County School leaders say they have limited both the type of offenses that lead to suspension and the number of days a student can be suspended without district approval and has begun to infuse unique options including alternatives to suspension.

All law enforcement agencies in Pinellas County agreed to a Memorandum of Understanding in 2014 on how to handle school arrests. This collaborative School district leaders participated in 2015 in a national conference on discipline hosted by the White House.

Resources were immediately incorporated into a yearlong training for principals on research-based strategies to improve school climates and reduce discipline disparities.

This builds on the district’s continued investment in strategies related to Positive Behavioral Supports. In just the first three months of the 2015-16 school year, these efforts are resulting in significant reductions in behavior infractions, school leaders said via email.

One parent said all of the numbers and statistics don't change the fact that children are growing up in poverty with parent/s that are uneducated.  The number one issue he said faces our children.
"We are not in here talking about anything that is going to stop the poverty rate or stop the killings," parent Ricoh Ingram said.  "We came up with all the problems, but there is not one solution to stop that," Ingram said.
Scripps Only Content 2015