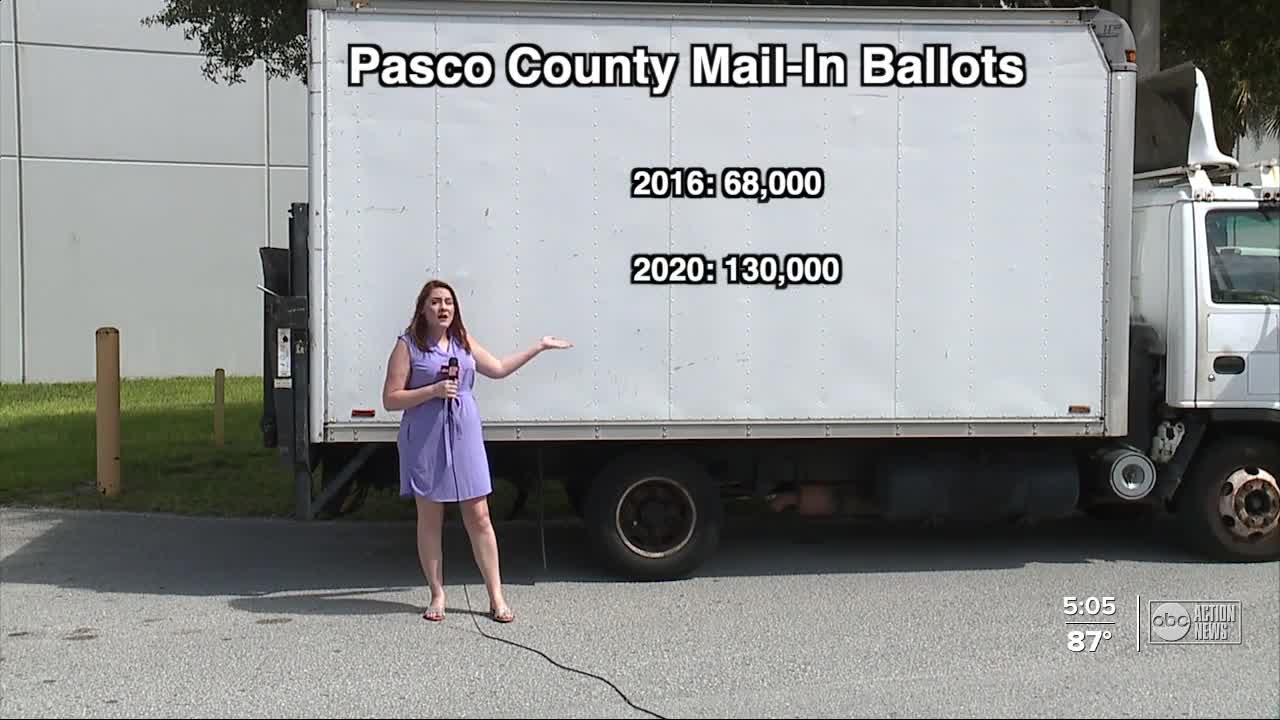 The Supervisor of Elections in Hillsborough County says about 355,000 people have requested mail-in ballots, which is a record amount of people. 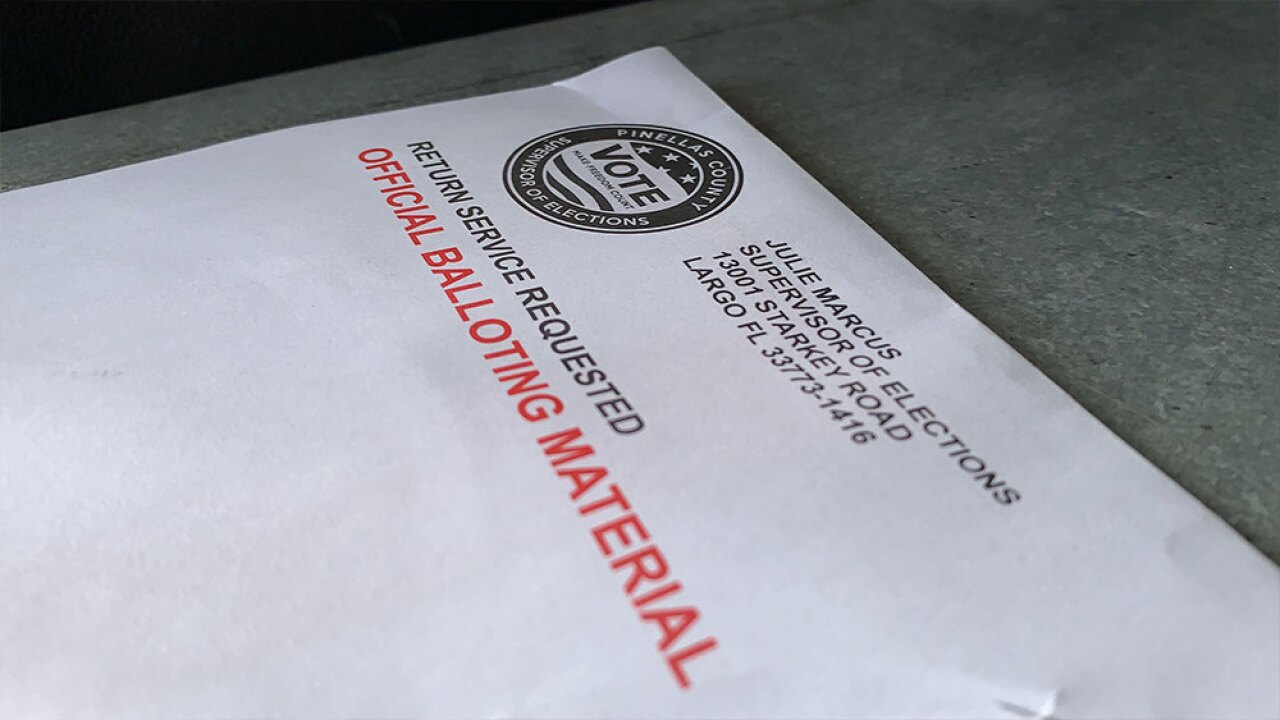 TAMPA, Fla. — Thousand of vote-by-mail ballots are being put in the mail right now as a record number of people have requested them in several Tampa Bay area counties.

And, with a little more than a month left until election day 2020, many folks are ready to cast their ballot now.

“We’ve got a two-page ballot this year, that will go into the secrecy sleeve, and all of that will then go into the return envelope."

Craig Latimer, the Supervisor of Elections in Hillsborough County says if you forget to put your ballot in the sleeve, it will still be counted, as long as it’s signed and sealed in the return envelope.

He says about 355,000 people have requested mail-in ballots, which is a record amount of people.

“This is the biggest run we’ve ever had for the first time,” he said.

It’s a similar story in Pasco county — Brian Corley, the Supervisor of Elections there says in 2016, during the last presidential race, about 68,000 people voted by mail. Today, that number has nearly doubled with 130,000 going out.

He says that equals about 1/3rd of all voters in Pasco. Same in Hillsborough.

“Miss information has been happening for some time but it seems to be hitting a fever pitch,” he said.

He says folks can trust the process and if you don’t want to put the ballot back in the mail, you can take it to a drop-off location.

“What’s the old adage, you may be entitled to your opinion but not the facts,” said Corley. “I don’t think we give voters enough credit, they get it, they know it is safe, it is secure, they can track their ballot like an Amazon package.”

22 days before the election, which would be about mid-October, officials will start tabulating the mail-in ballots, which typically are the first results uploaded and reported on election night.

If there are any issues with your ballot, the supervisor of elections will contact you. You can also check on the status of your ballot online.