Thief took a box from a family's front stoop

In the home surveillance video, the thief can be seen riding past the home in Pinellas Park, then returning seconds later, riding up to the front of the home, picking up a box, and then riding off.

The theft happened on Friday, just days before Christmas.

In the stolen box was a personal gift from a family friend to a teen girl.

"It was my daughter's godmother in Chicago. She sent her a camera and a Christmas ornament. Every year she sends her a special Christmas ornament and then the camera was a nice camera," explains John Lauser, who was disheartened to learn his daughter and his family were victims of a petty theft.

"For it to happen it kind of makes you question, well, what's going on? Why is this happening?" says Lauser to ABC Action News.

"Hopefully the people who do this and make a living doing this see how good the technology is now and won't think it's worth the risk anymore," says Lauser, referring to the good quality video of his Ring security camera at the front of the home.

In the video you can clearly make out the thief: light skin, bald head, white shirt and sunglasses with jean shorts on a black bike and with a white backpack.

The video was what led to the arrest of Daniel Eugene Gajewski, 39, of Clearwater. Police say he was identified by the tattoo on his right elbow. They found him in possession of the stolen Polaroid camera. The camera was recovered and returned to the victims. 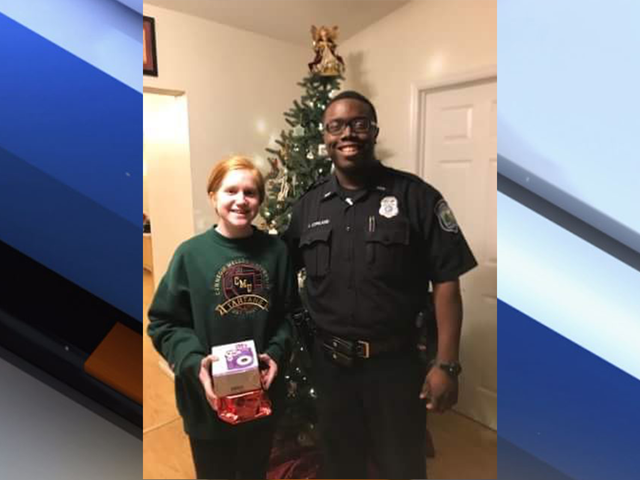 Gajewski was booked into the Pinellas County Jail on one count of Burglary.

Thankfully, Lauser says his family was still able to have a great Christmas.