Pasco County deputies arrested a 60-year-old man for cruelty to animals. Deputies say he shot a neighbor's dog after it wandered onto his property.

BLANTON, Fla. — Pasco County deputies arrested a 60-year-old man for cruelty to animals. Deputies say he shot a neighbor's dog after it wandered onto his property.

Deputies arrested Terry Parrish after he told deputies he shot at the dog at least 8 times.

Stacie Childs says her children were playing outside during the time of the shooting.

According to a sheriff's office report, the family dog, 'Brisco', wandered into Parrish's yard and that's when he went inside and retrieved a rifle.

"We were really sad, upset, mad and angry. We had all kinds of mixed emotions," said Stacie Childs, the dog's owner.

Parrish told deputies the dog was coming at him and he shot the dog because he thought it was attacking him. He later told deputies he was never threatened by the dog.

"He should get what he deserves. He should pay the price, I mean, he could even pay my vet bills since this could have been prevented," added Childs. 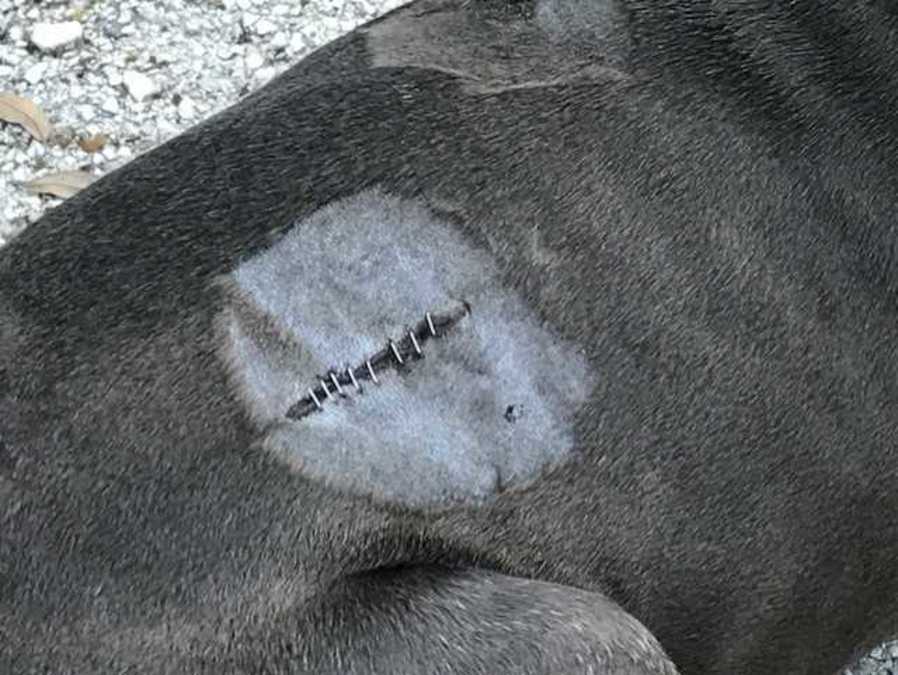 Childs says the vet examined her dog and said his injuries were not consistent with the dog charging at Parrish.

Brisco is expected to be okay, but the family has at least $2,000 in vet bills.