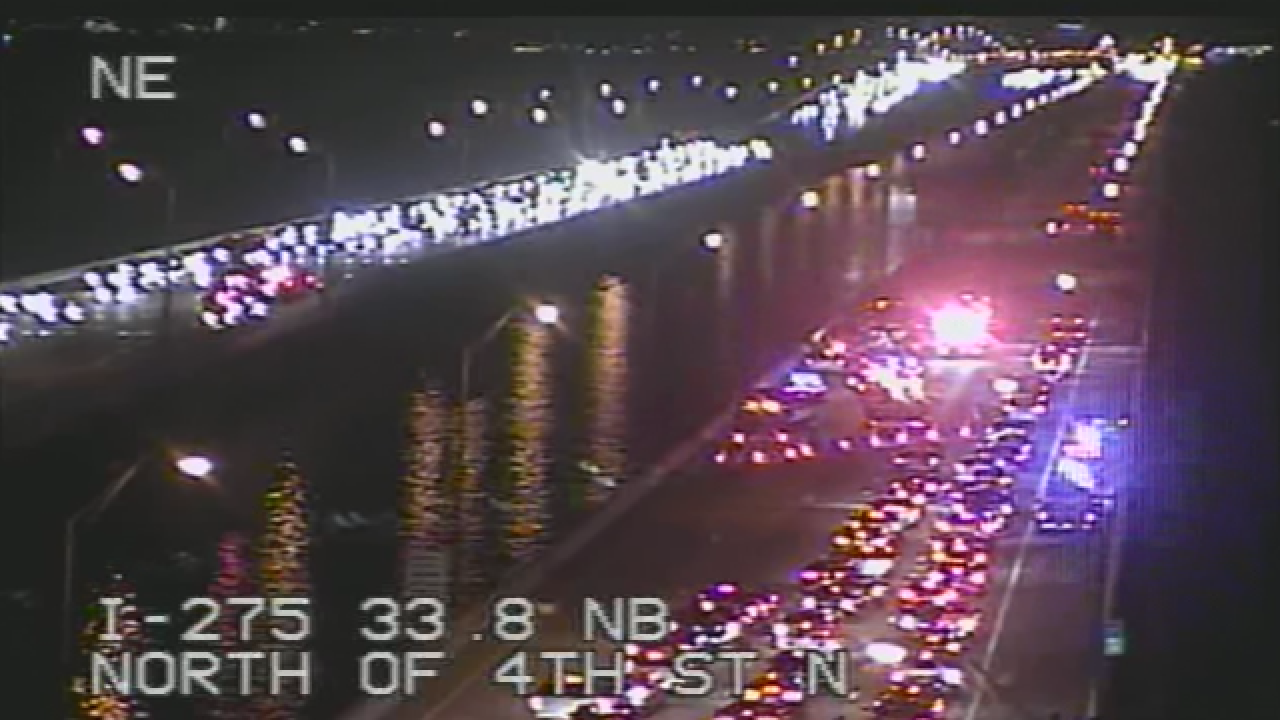 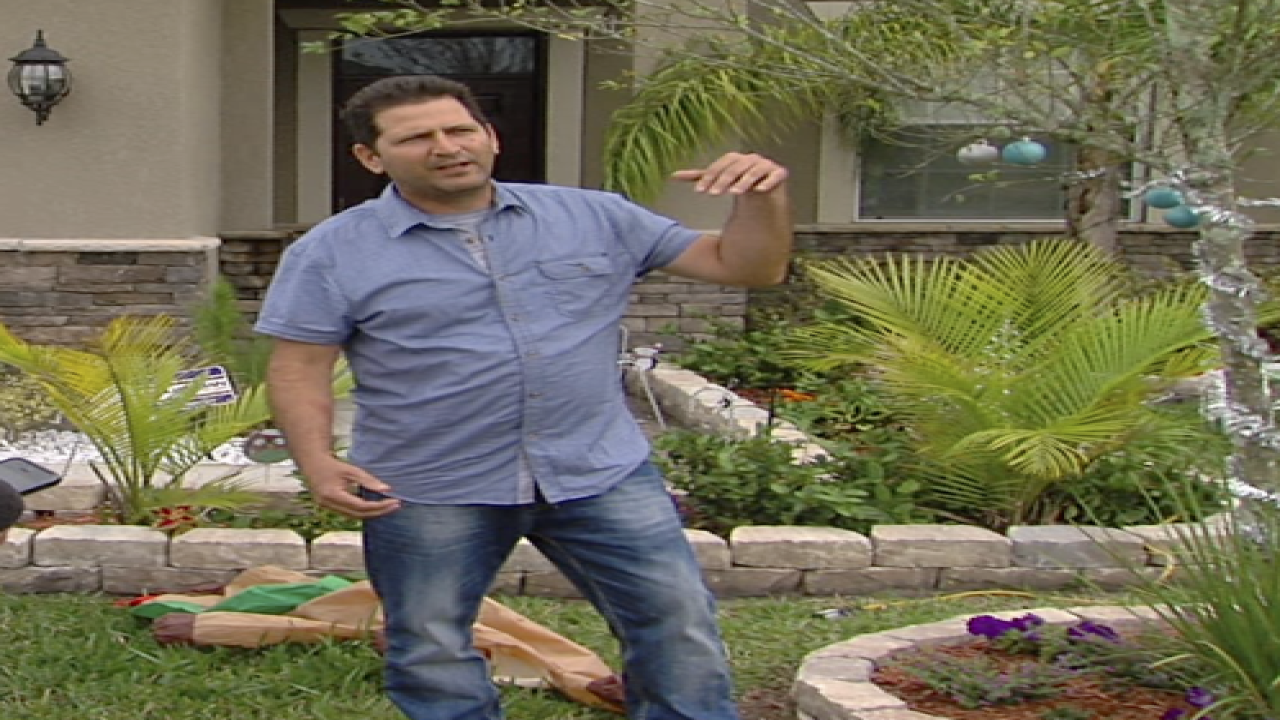 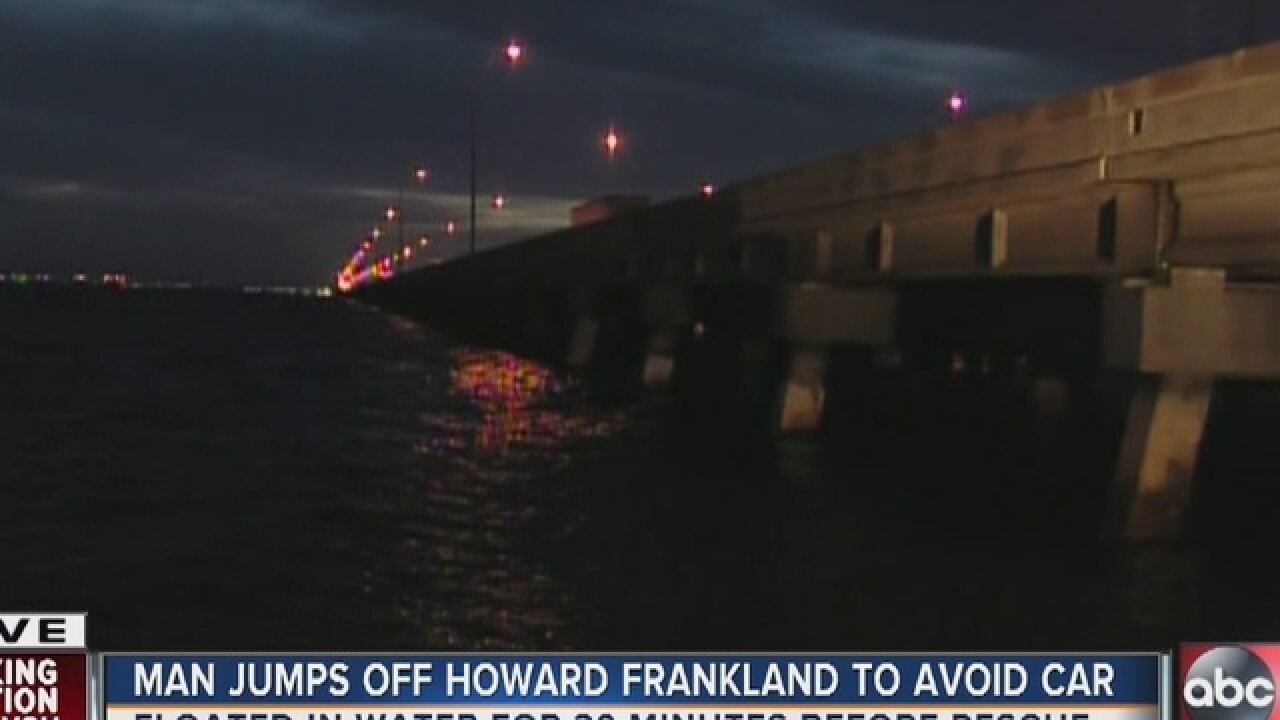 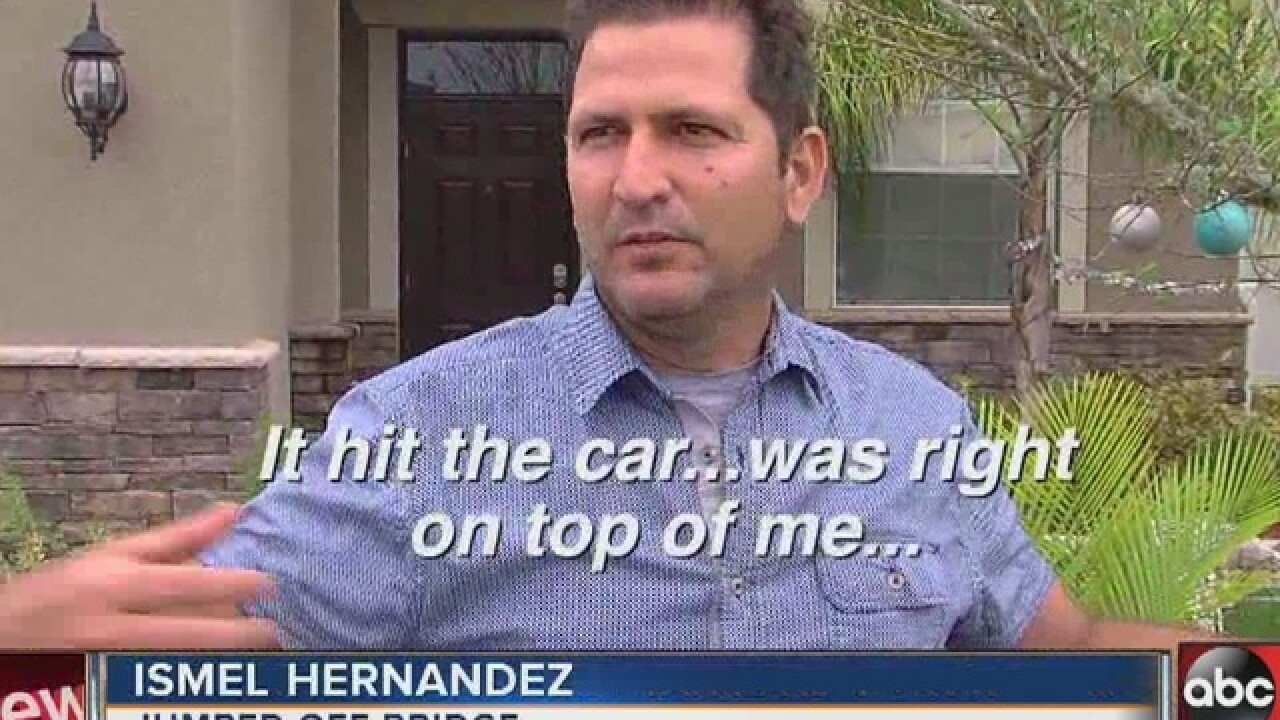 On Tuesday night, Ismel Hernandez’s work truck got stranded in the emergency lane on northbound I-275 on the Howard Frankland Bridge. While he was waiting for the trailer to get hooked back up, another car slammed into the truck.

“It happened in an instant. When the car hit, it was right on top of me. I hit the barrier and jumped into the water,” Hernandez said. “If I didn’t jump, I would have died.”

Hernandez scarped his forearm on the cement barricade on the way down. He said it was his very first day on the job with QRC Contractors. It was around 10 p.m. Tuesday night that their trailer separated from the vehicle and they pulled over to try and reattach it. While standing in the emergency barrier next to the vehicle, Hernandez said he saw a car coming right towards them.

“I hit the water chest first , my whole body aches, my arm hurts, I’m still a little dizzy,” Hernandez said. “It was very traumatic, but I am lucky to be alive.”

Hernandez’s co-worker Leonard Hicks, 34, was driving the work truck. He sustained minor injuries. Another co-worker, Steve Carballo, 27, was treated for minor injuries as well. The driver of the car that hit the men was David Rivera, 24, who was also okay.

Hernandez said he knows it was an accident, but said drivers need to be more cautious when there are vehicles stranded in the emergency lanes.

“I hope no one is ever in that situation. It was very traumatic,” Hernandez said.

Hernandez had to tread water for nearly 30 minutes in the cold, dark waters of the bay. He said he was scared of sharks and felt big fish circling around him while he waited for rescuers to pull him out.

“It scared me,” Hernandez said. “I am happy to be alive.”

Hicks was cited for "Improper / Unsecure Load" for not having the trailer properly secured.