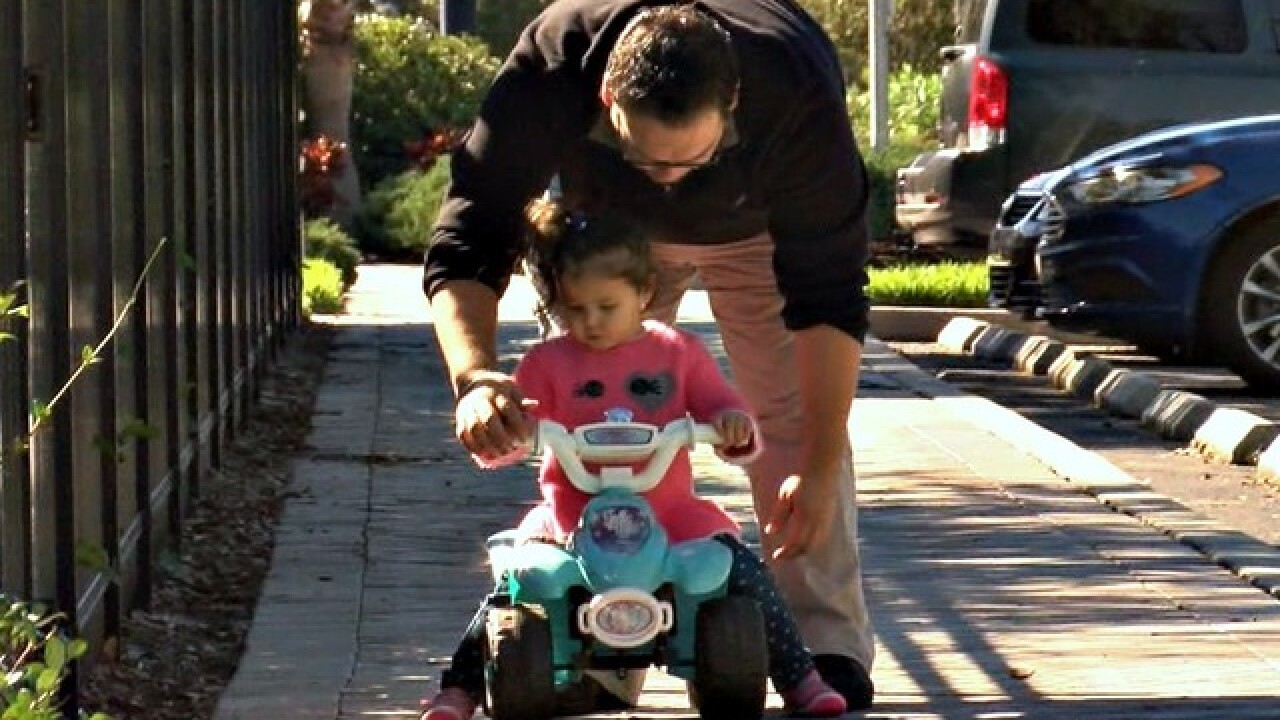 TAMPA, Fla. — They are popular toys and parents every year are giving them to their kids under the tree, but scooters without a motor are most likely to send them to the emergency room than any other type of toy, according to the U.S. Consumer Product Commission.

2-year-old Valentina is taking a spin on her motorized scooter for the first time.

"The minute you take your eyes off your kid that’s when something happens," said Jonathan Torres, her father, who caught her from going off the sidewalk curb just in time.

"See, that's why you have to stay close," he said. "It’s finding that fine balance between not being that helicopter parent, letting them learn the lesson, bump their knees and get some bruises and also making sure you’re also not putting them in an unsafe situation."

Last year, 240,000 kids nationwide were taken to the emergency room and 27% of the time it was because of riding toys. And scooters made up more than 70% of the injuries caused by riding toys. The ones WITHOUT motors make up most of the injuries. However, on the flip side, the U.S. Consumer Product Safety Commission says those numbers have been slowly declining over the last 5 years.

"When we were younger and we had skateboards, wrist guards, elbow guards, knee guards, a helmet, I think those were options at the best," said Dr. Anjan Shah, an Orthopedic Trauma surgeon for the Florida Orthopedic Institute.

He says those things were included with the pair of roller blades he just bought for his kids. He also thinks awareness is up.

Shah says his practice sees about 30 toy injuries a week and about half of those will need surgery. He operated on a 6-year-old Monday.

"He thought he was Spiderman and jumped from a trampoline onto the wall but didn’t stick," said Dr. Shah, who added the child is going to be fine.

Shah says parents should be researching toys, and testing them out before they buy. Plus, having their kids ride in low traffic areas.