Motorcyclist in critical condition after two-vehicle crash in Clearwater 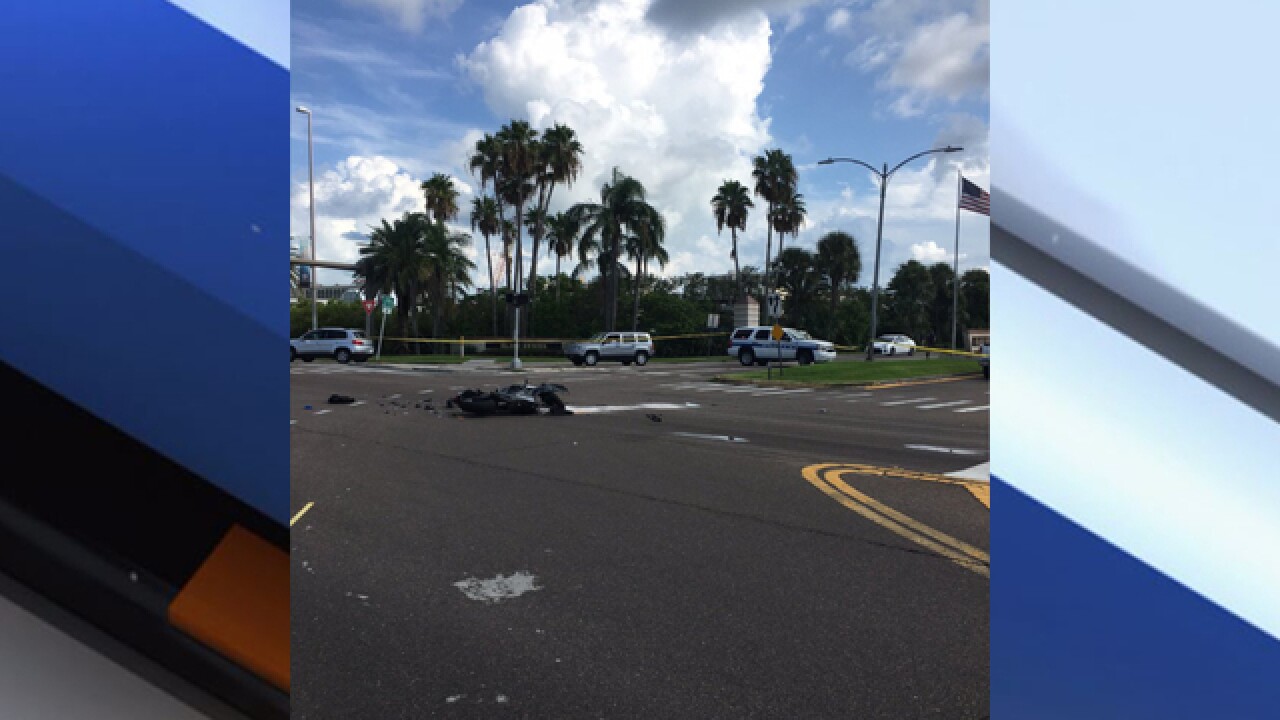 CLEARWATER, Fla. -- A 29-year-old motorcyclist is in critical condition following a traffic crash at the intersection of Memorial Causeway and Island Way, police said.

The crash occurred shortly before 9:00 a.m. Sunday when a 2012 Lexus RX350 entered the path of a 2011 Suzuki motorcycle heading west on Memorial Causeway, the Clearwater Police Department said.

The SUV was making a left turn onto Island Way from eastbound Memorial Causeway when the crash occurred.

Mahmoud Sousi was taken by Bayflite as a trauma alert to Bayfront Health St. Petersburg.

The driver of the SUV, 85-year-old Stanley Frederico, was not injured.