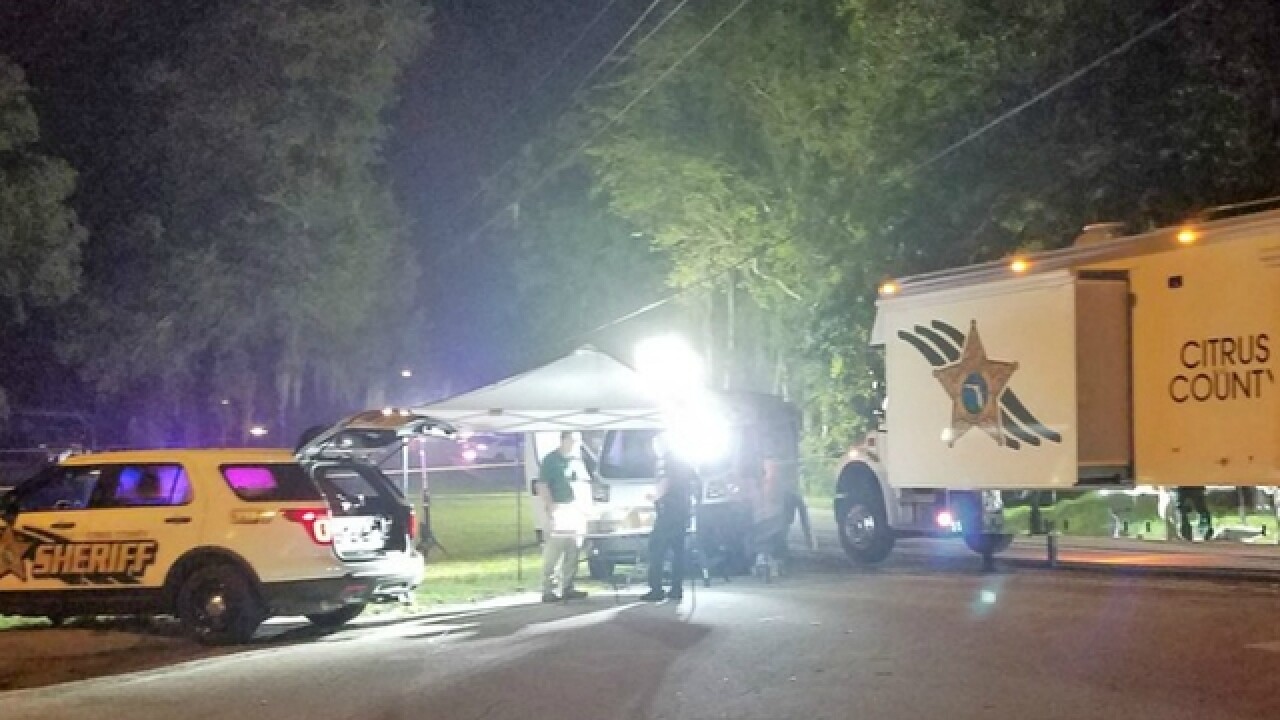 The incident began shortly before midnight in the 5600 block of Sandalwood Way in Floral City, the Citrus County Sheriff's Office said.

Deputies answered a call in reference to a suicidal man. When they arrived, the deputies announced themselves, but no one answered the door, and it appeared no one was inside.

The deputies launched a yard search. They spotted a man across the street in a wooded area, a Citrus County Sheriff's Office release said.

Deputies saw the man holding a firearm. After several verbal commands to drop the weapon, the deputies open fire, shooting the man, the release said.

The man was pronounced dead on the scene.

None of the deputies were injured during the incident. The release did not reveal the number of deputies involved.

Agents from the Florida Department of Law Enforcement were called to the scene to investigate.

Per agency policy, the Citrus County sheriff's deputies involved in the shooting have been placed on administrative leave with pay, pending the outcome of the preliminary FDLE investigation.