Man, 82, with dementia, missing from Clearwater 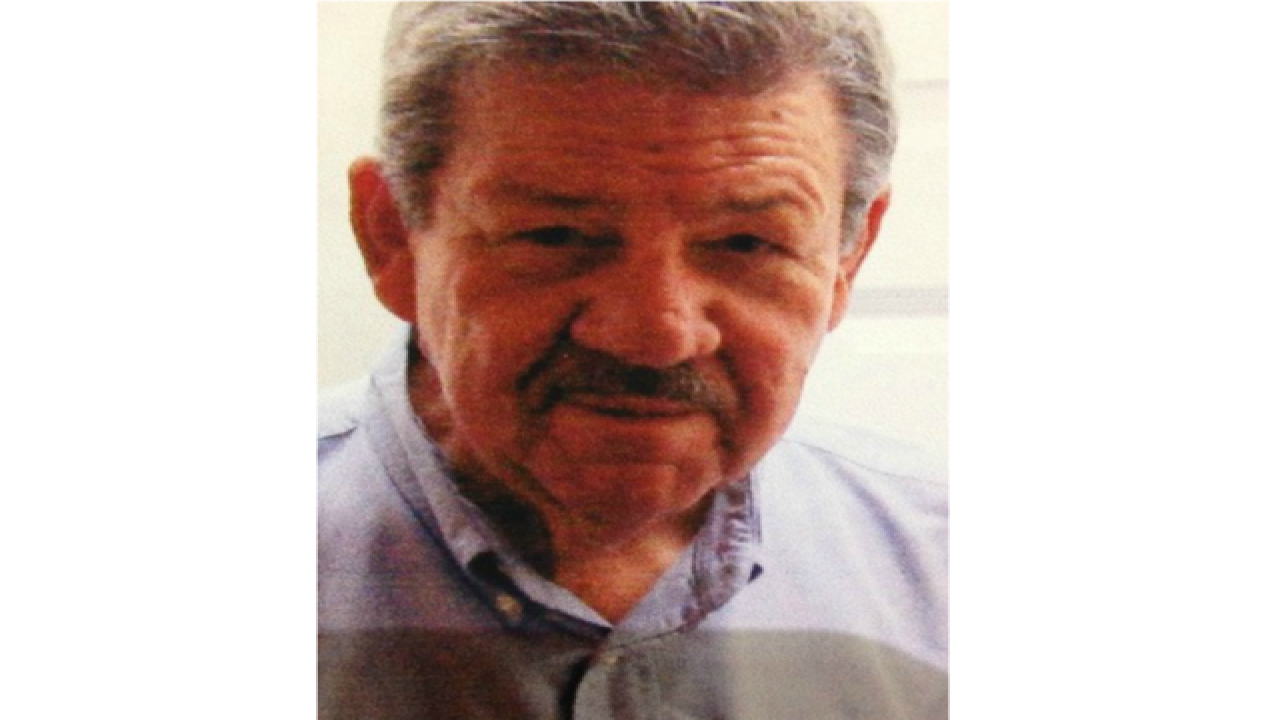 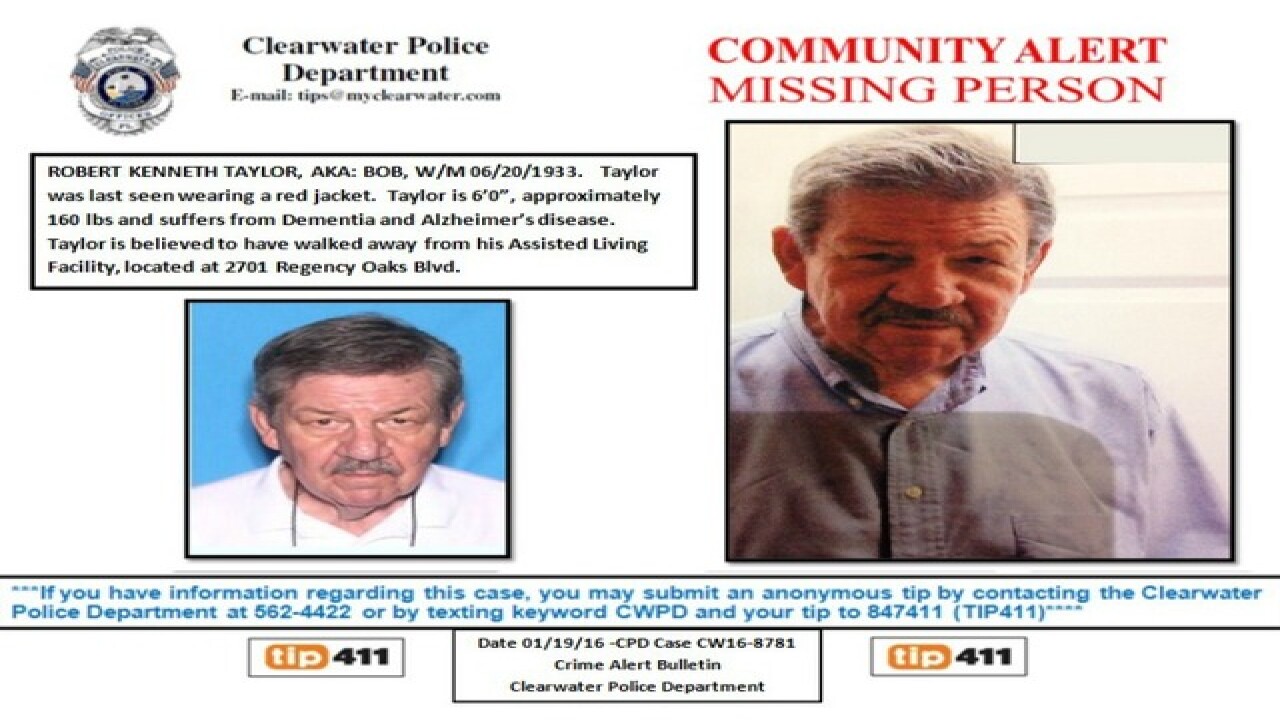 An 82-year-old man with Parkinson's and early dementia is missing from an assisted living facility in Clearwater, authorities said.

Bob Taylor was last seen about 3:00 p.m. Tuesday at his home at Regency Oaks South, 2701 Regency Oaks Blvd. He was reported missing shortly after 6 p.m.

Clearwater police are asking for the public's help to locate Taylor.

He is described as a white male, about 6 feet tall, weighing about 170 pounds. Taylor has salt and pepper hair, a mustache and may be wearing sweatpants and a red jacket. He also may not be wearing shoes.

Taylor usually walks with the assistance of a walker or cane, the release states. He is not believed to have either of those with him.

Clearwater police have searched in the vicinity of the ALF and checked hospitals and shopping centers. They have also contacted the Pinellas Suncoast Transit Authority and local taxi companies. A Hillsborough County Sheriff's Office K9 unit is being brought in to assist in the investigation.

Police are especially concerned about Taylor's well-being given the cold temperatures.

Clearwater police is asking anyone with information on Taylor's whereabouts to call the police department at (727) 562-4422 or text keyword CWPD and your tip to 847411.