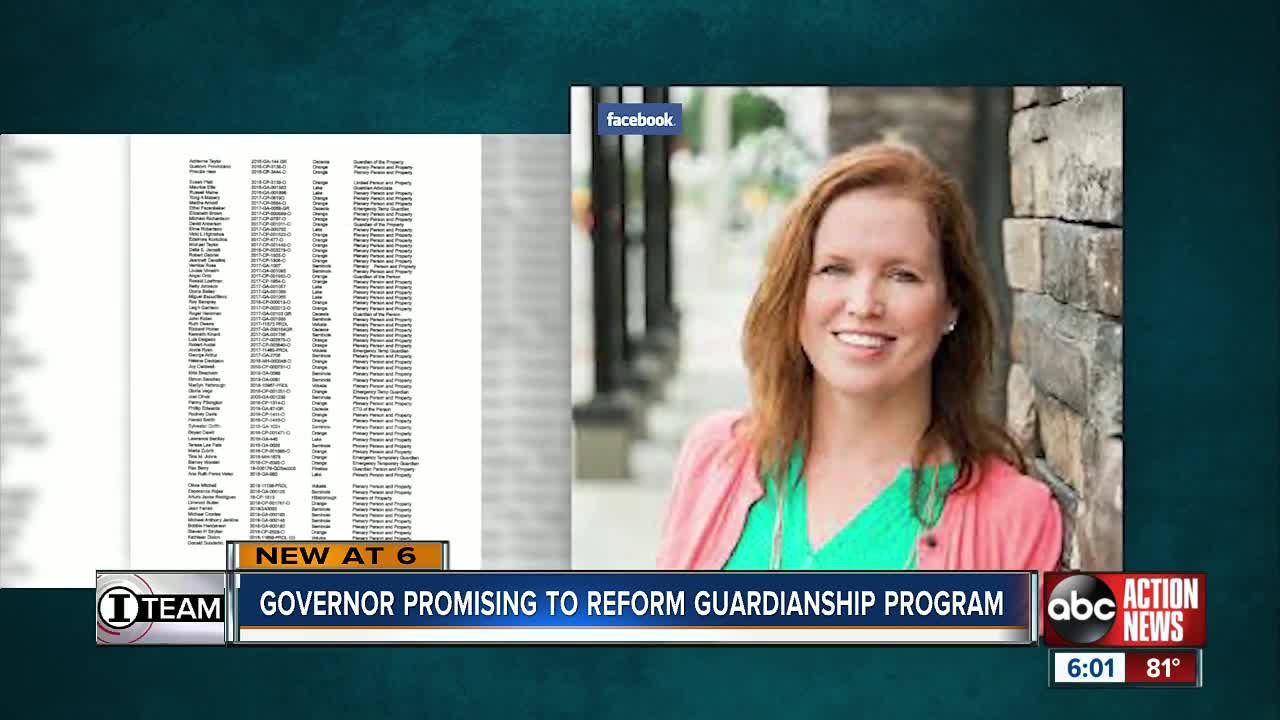 The embattled professional guardian suspected of causing the death of a man appeared in court.

TALLAHASSEE, Fla. (AP) — Gov. Ron DeSantis vowed to “vigorously” investigate Florida’s guardianship program after revelations that a 75-year-old man died when a Tampa hospital was barred from attempting to save his life because his appointed guardian had filed a do-not-resuscitate order -- allegedly without his family’s consent.

Responding to questions during a press availability in Ocoee, DeSantis on Wednesday said state officials would “take whatever action we need” to restore confidence in the guardianship program.

“If there needs to be legislative changes that could be something that we could propose for the next legislative session,” said DeSantis.

“There’s going to be action taken whether it’s administratively or legislative,” said DeSantis. “I think something needs to be done.”

The governor directed the Department of Elder Affairs, which oversees the guardianship program, to pursue the matter “vigorously.”

Meanwhile, the agency is looking for a new director for its Office of Public and Private Guardians, which has direct oversight of the more than 550 guardians, public and private, who control the lives of thousands of wards deemed incapable of running their day-to-day affairs.

Guardians are appointed by courts to make decisions for minors and adults with mental and physical disabilities, known as wards. They’re authorized to decide legal, financial, estate, housing and medical matters.

The director of the program, Carol Berkowitz, resigned earlier this month. In her one-sentence resignation letter submitted July 12 to the Department of Elder Affairs, Berkowitz did not explain why she left.

Berkowitz could not be immediately reached Wednesday for comment.

Scrutiny of the state’s guardianship program intensified after an investigation into a professional guardian who allegedly filed a do-not-resuscitate order on behalf of a client without consent from his family. The 75-year-old man died May 13 in a Tampa hospital because the order prohibited medical staff from attempting to save his life.

The Orlando Sentinel reported earlier this month that days before he died, the man’s family had asked a court to force the guardian to lift the order.

A subsequent investigation by the Okaloosa County Clerk of Circuit Court and Comptroller found the guardian, Rebecca Fierle, refused to lift the DNR against the wishes of her ward and his family. The investigation prompted a judge to remove her as guardian from 95 other cases.