Developers use land banks to build on wetlands 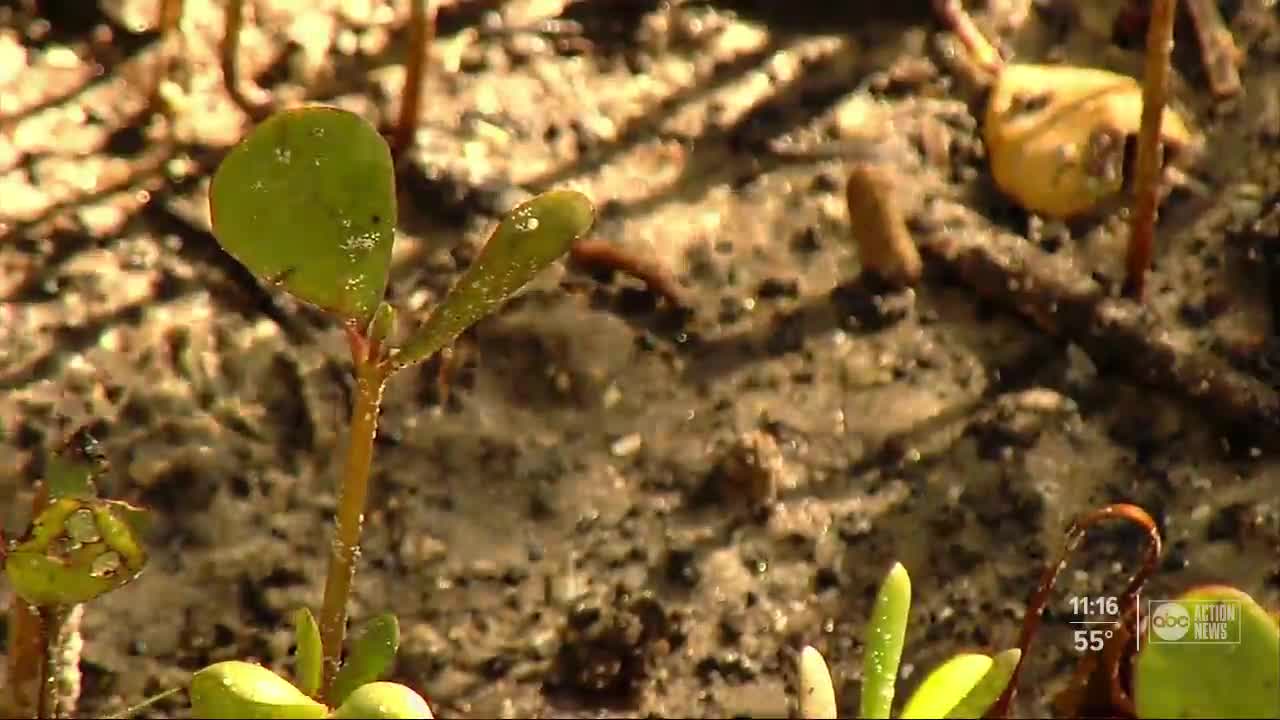 The Tampa Bay area was one of the 10 fastest growing metro regions last year with an average of 1,000 new residents a week. 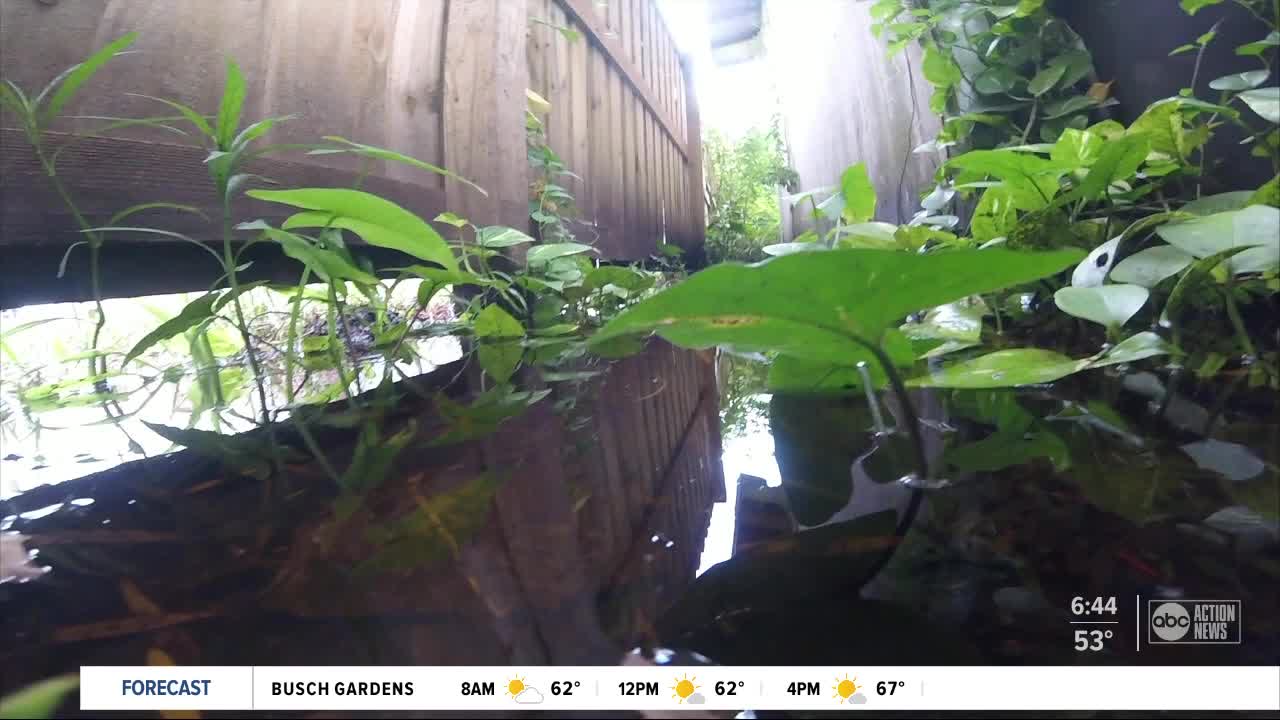 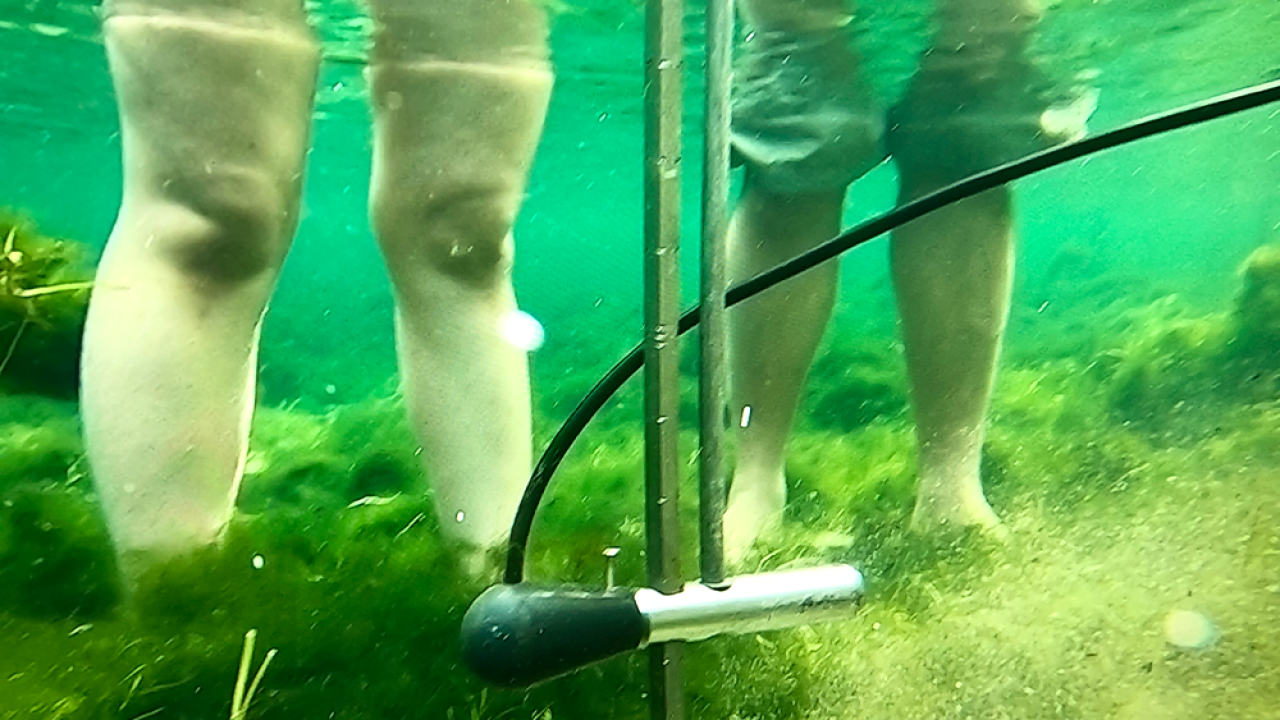 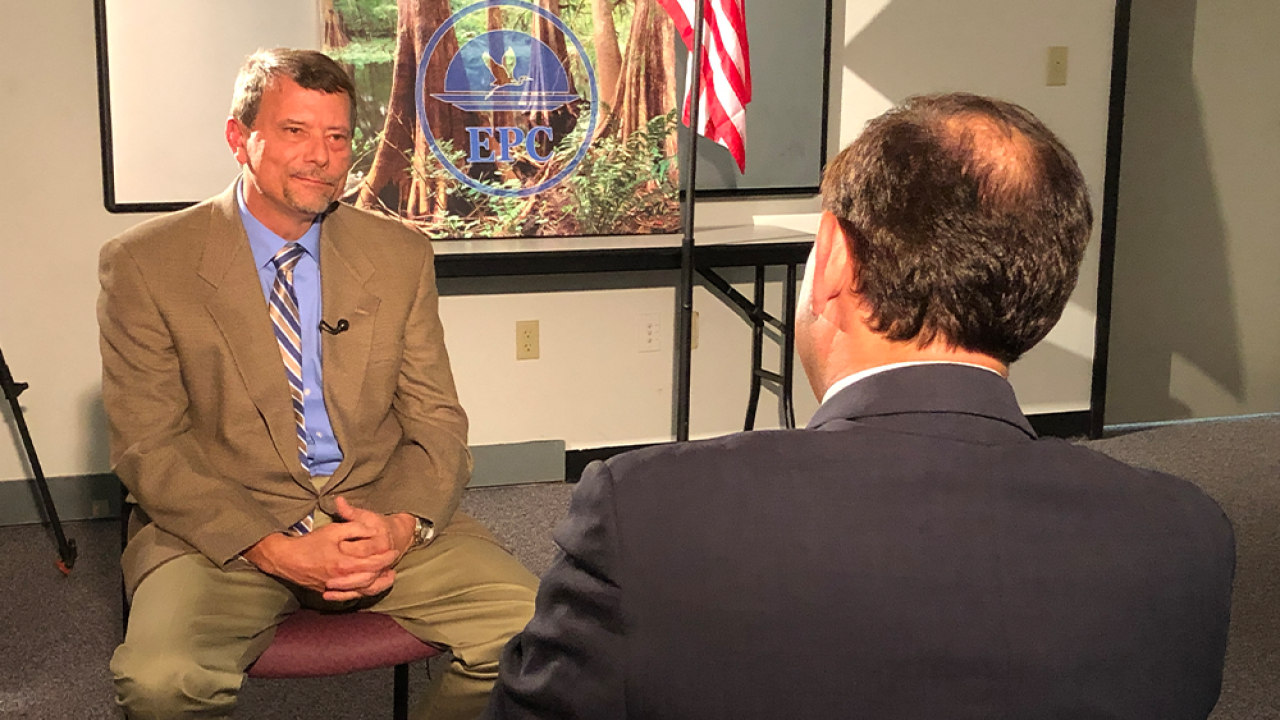 TAMPA, Fla. — The Tampa Bay area was one of the 10 fastest growing metropolitan regions in the country last year with an average of 1,000 new residents a week moving into town.

But the I-Team has uncovered that building boom is affecting wetlands and causing flooding in new neighborhoods.

Vivian Jimenez-Perez said she emailed the City of Tampa dozens of times about flooding issues in her Seminole Heights backyard.

She told I-Team Investigator Adam Walser she occasionally got some flooding from what used to be a vacant lot behind her home, but when construction on four houses started there the flooding problem grew much worse.

“I'll be honest with you. It's been pure hell,” said Jimenez-Perez.

After heavy rain, Jimenez-Perez said her backyard remains flooded for days or even weeks.

Other neighbors said water and muck spills onto Ola Avenue and the sidewalk.

“It's just a mess. It's a sloppy mess over here,” said Matt Neighbors, who lives in the neighborhood.

The I-Team obtained dozens of photos, emails and inspection reports from the Tampa Building Department, which verified flooding in neighbors' yards -- despite pumps and gutters installed to try to stop it.

“All the things they have told us would resolve the problem have been done and the problem has only gotten progressively worse,” said Jimenez-Perez.

Not Just an Isolated Problem

The I-Team found flooding is becoming worse in local neighborhoods as the Tampa Bay area building boom continues on once vacant land. It's leaving storm water runoff with nowhere to drain.

Residents have complained about flooding in a new subdivision in Apollo Beach, where hundreds of homes were built on top of what was once a tomato farm.

Records show the developer installed multiple retention ponds, storm sewers and other infrastructure to help water drain. But residents on one street of the development tell the I-Team those measures aren’t preventing regular flooding in their yards.

“When it comes from off the side of the house, it runs here and then it comes and runs through our driveways,” said Marlon Thomas, pointing to the paths the water takes through his back and side yards. “It could start sinkholes and everything else around here. It doesn’t just affect me, it's all the houses around us and everything.“

The I-Team visited the neighborhood more than a week after it last rained and found Pam Ysidron's yard saturated.

Ysidron said she fenced in her yard so that her grandchildren could enjoy playing there, but she says she won’t allow them to go there now because there are too many mosquitoes.

Mark Ross, a hydrology professor at University of South Florida, said the flooding in those neighborhoods doesn’t surprise him.

“It was a flooded area before it was a backyard,” said Ross.

Ross said those areas are even more likely to flood now because what was once soil that drained has been replaced with hard surfaces like concrete foundations and roofs, which don’t allow water to soak through.

That water then flows to the lowest point, he said.

Ross says regulatory efforts by the state, cities and counties are focused on efforts to control 100, 50 or 20-year floods -- not dealing with the cumulative effect of regular rainstorms.

And requirements don’t always address where that water goes.

“The permit requirements are for homes to be above flooding levels, not for yards, so frequently after development there are low-lying areas that flood,” said Ross.

“Traditionally, there was 40 percent wetlands in West Central Florida,” said Ross. “Now there's like 25 percent and a lot more of the areas that were wet are now developed.”

That agency says it's reviewed 1,700 requests to build on or new wetlands since 2017.

Wetlands Management Director Andy Schipfer says that during boom times, developers are more likely to request permits to build on sites that were once considered too expensive to build on because they included ditches, marshes, ponds or other bodies of water.

“People are going to try to get what they can and we're going to make sure our rules are enforced,” said Schipfer.

Schipfer says Hillsborough County adopted a “reasonable use” rule, which allows builders to develop properties if they can avoid disturbing wetlands, minimize impact to wetlands or make up for the loss of wetlands.

“You construct similar wetlands elsewhere,” said Schipfer. “Our goal and our rule is no net loss.”

Florida has more than 100 so-called wetlands mitigation banks, which are meant to off-set the loss of wetlands through development.

Developers can pay to develop or maintain wetlands at these sites in exchange for being allowed to build on wetlands.

Most of these are private, for-profit companies that work with local, state and federal regulatory agencies to preserve wetlands. To see a list of Florida's mitigation bank sites, click here.

He said that those banks have allowed Hillsborough County to meet its wetland preservation goals. But the wetlands banks can't stop flooding from new construction.

The I-Team reached out to the builders in Seminole Heights and Apollo Beach about flooding problems in those areas. Both said they complied with all requirements but declined requests for on-camera interviews.