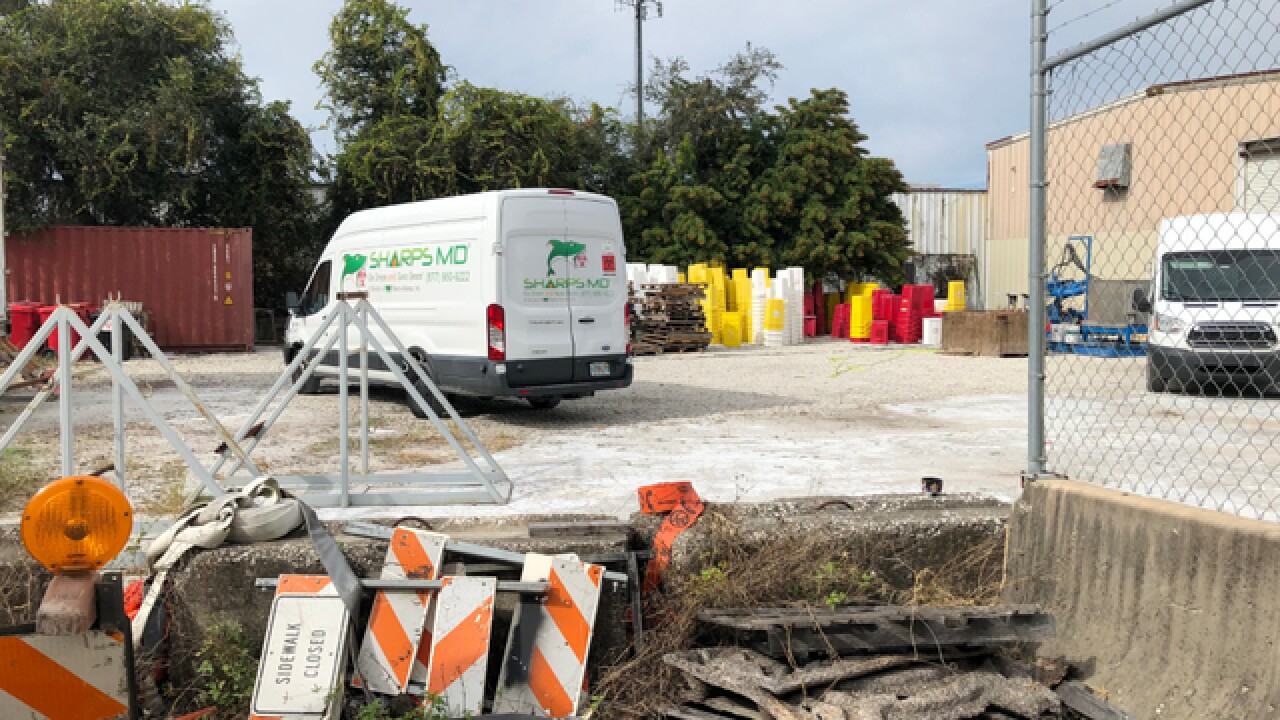 TAMPA, Fla. — The state is fining a Tampa medical waste disposal company after it reportedly stored untreated waste in a trailer for more than a year.

The company, which operates under the name Sharps MD, accepts medical waste, like used syringes and needles or blood-soaked gauze from different businesses for proper disposal.

But state health officials say they weren't following the rules and putting the public at risk.

There’s no sign on the front of the building on Crenshaw Street, but the Florida Department of Health says Sharps MD illegally stored biomedical waste in the back.

“I’m not surprised at all,” said a former employee of the security camera business located next door to the plant.

“From the jump, they were really sloppy about it, leaving the containers open at night,” he said.

That man asked not to be identified because of his concerns about the past of the facility manager.

Basile Pertsas, who is identified in reports as one of the owners, is a convicted felon. He's currently awaiting trial on drug and gun charges.

During an inspection, reports say 10 trailers were stored behind the building.

Most were locked and the owner said he didn't have the keys.

However, inside unlocked trailers, unlabeled and untreated biomedical waste dating back 14 months was found, even though it's supposed to be properly disposed of within 30 days.

“They’re taking shortcuts at potential public expense, and there is simply no excuse for violating those kinds of laws,” Wolfson said.

When employees saw our camera, they shut the doors of an open trailer at the back of the lot and closed an open fence.

We spoke to the owner's attorney, who said he couldn't talk about the specifics of the case, but said they are working with the state to rectify the situation.