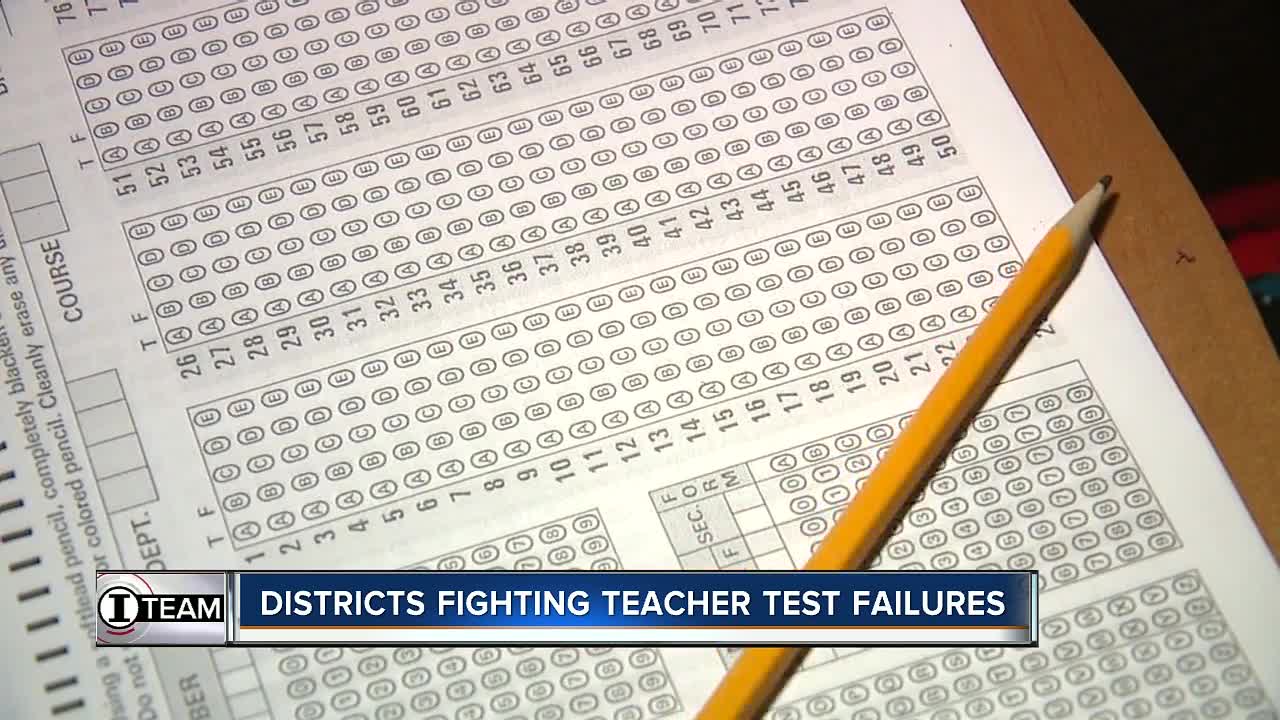 Florida school districts are joining the fight over a teacher test thousands keep failing.  This, as a Florida lawmaker calls out the state's education boss over how she recently responded to Investigative Reporter Katie LaGrone. 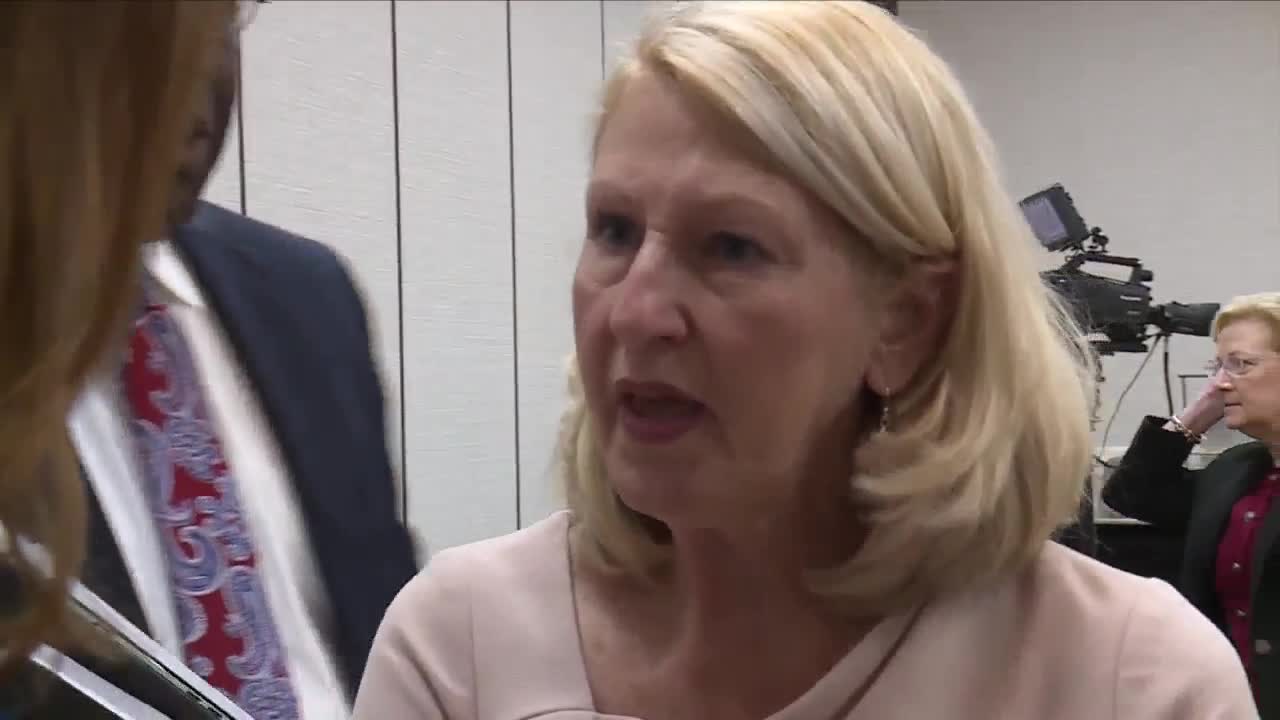 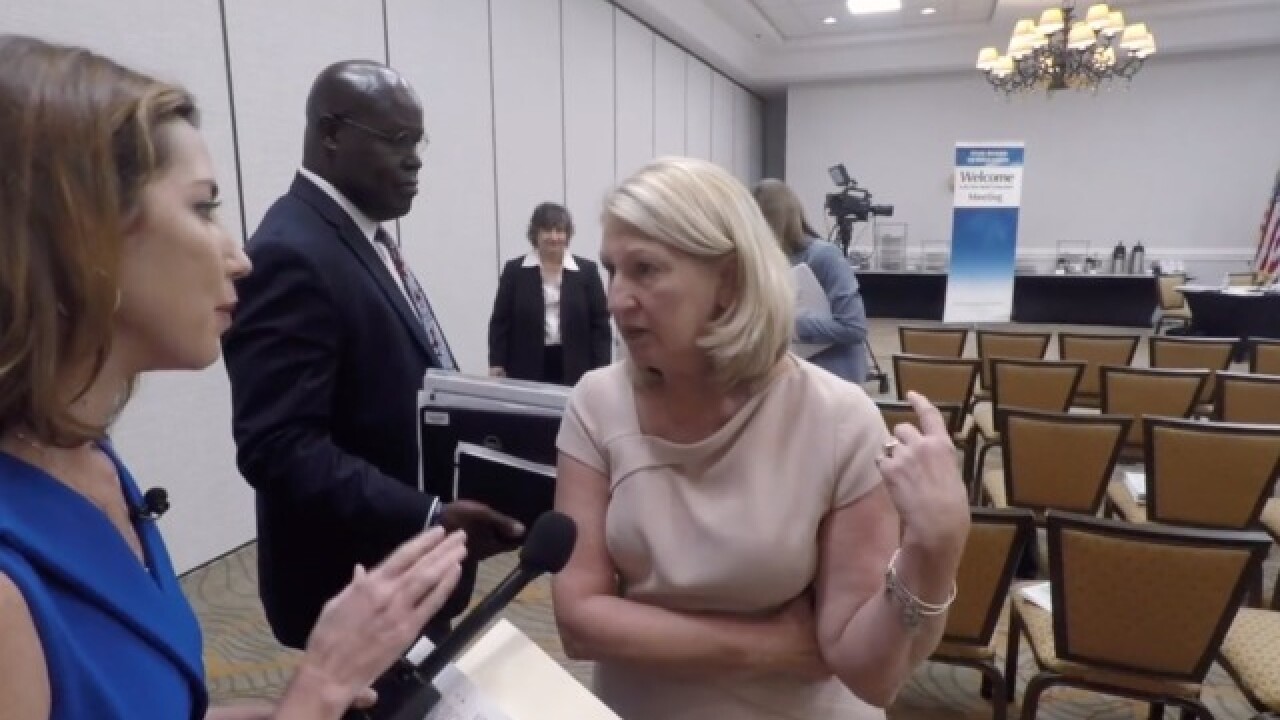 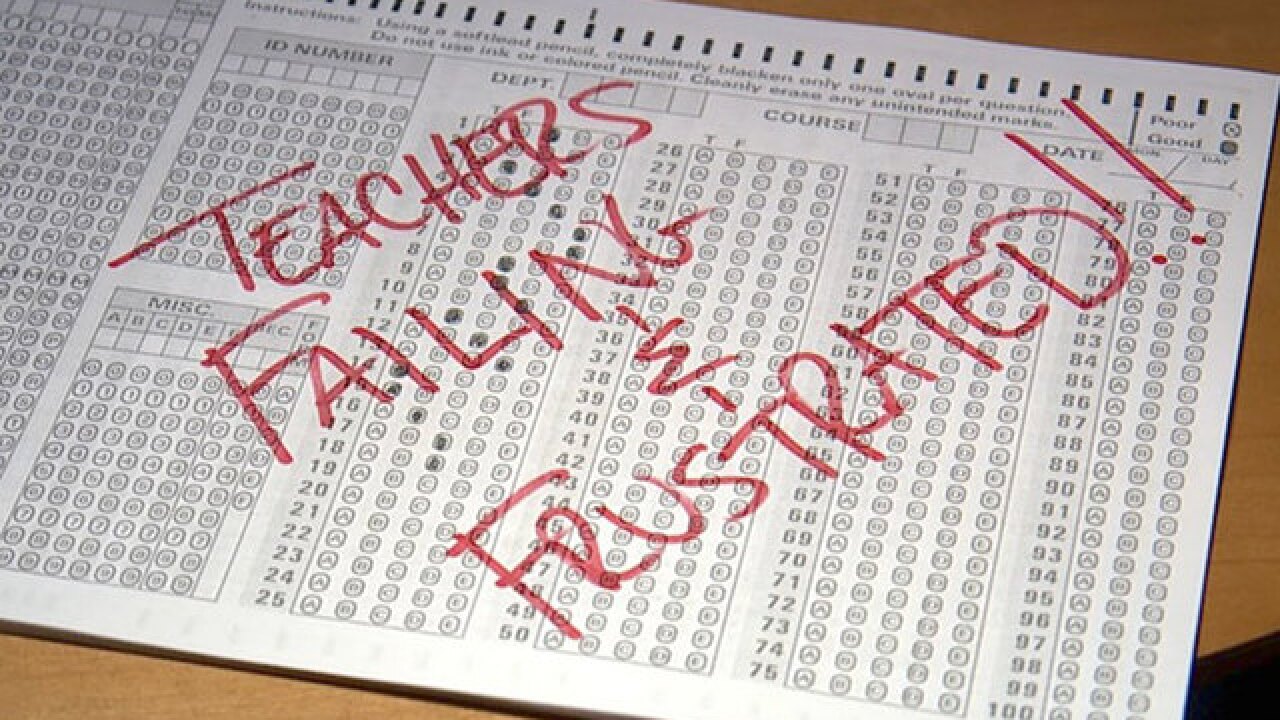 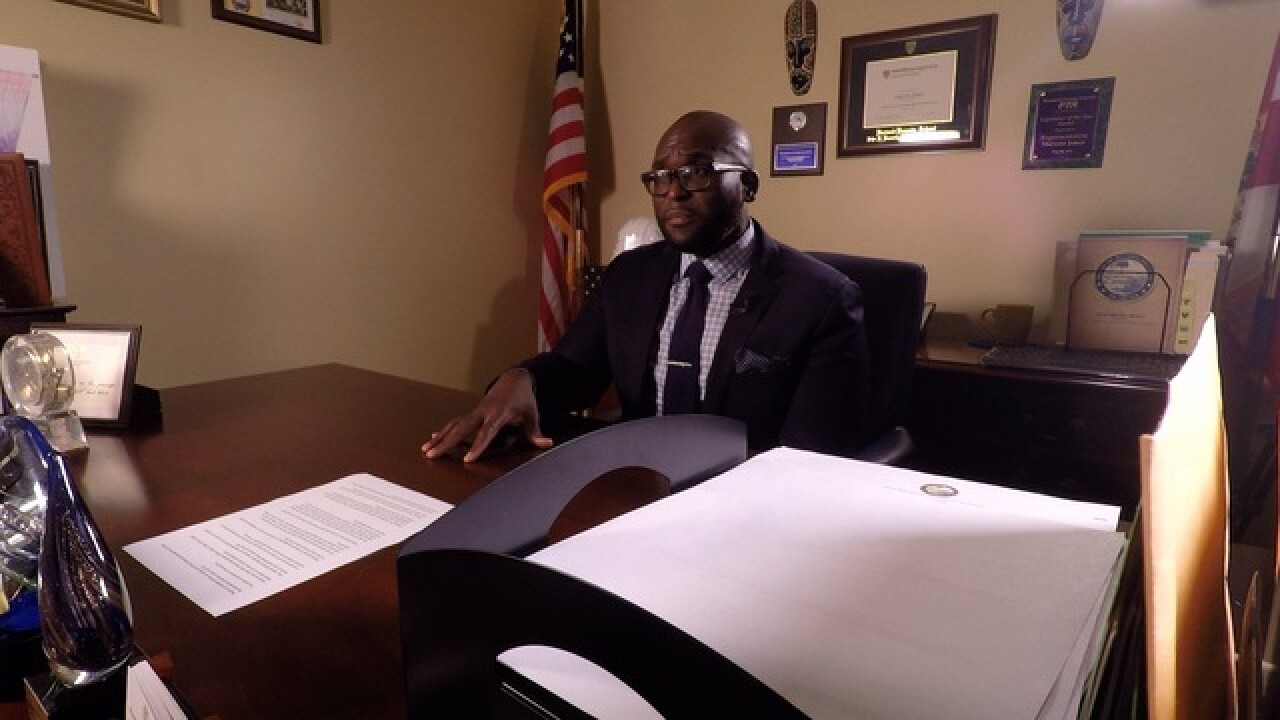 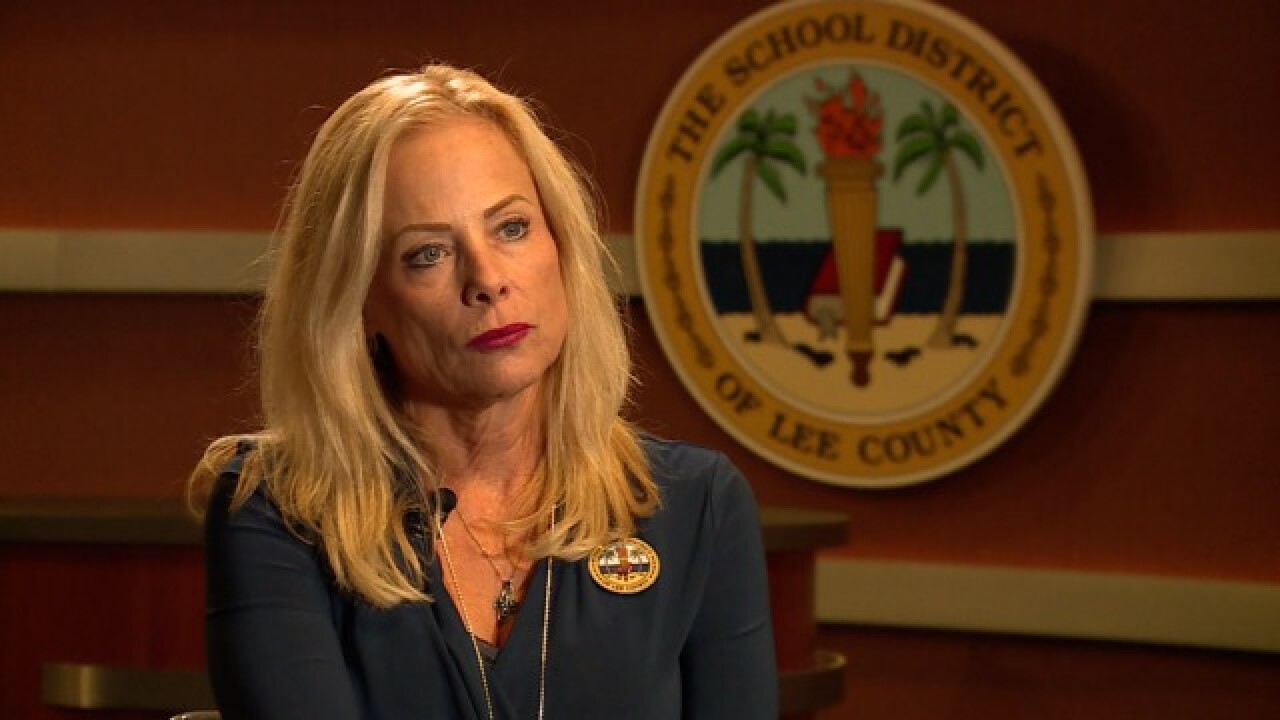 As failures on a teacher licensing exam exacerbate Florida's teacher shortage, we've learned a handful of school districts are taking some bold steps to find answers.

Lee County is joining other school districts across the state now asking lawmakers for more options to keep qualified teachers in the classroom despite not passing the Florida Teacher Certification Exam (FTCE), a must-pass teacher licensing exam.  In Lee County, the issue is considered one of the district’s top two legislative priorities that lobbyists will be presenting to lawmakers this session.

Florida law requires educators in Florida pass the state certification test known as the FTCE.  In 2015, portions of the exam were revised and made tougher.  According to the FL Department of Education, the more rigorous tests were developed to better align with more rigorous student tests.

But since the revisions, failure rates have increased dramatically, causing a ripple effect on every level of Florida’s education system. Prior to revisions, for example, 90% of examinees passed the General Knowledge English Language Skills test.

However, after the 2015 revisions passage rates on that part of the test dropped to 67%. Last year, it fell to a 64% passing rate.

Teachers who are teaching with a temporary certificate have up to three years to pass the exam, which tests an educator’s general knowledge to subject area. Those who don’t pass by their deadline must be terminated by the school district.

This summer, we discovered more than 1,000 Florida teachers with proven records in the classroom were terminated for not passing a portion(s) of the FTCE. Most of the terminations revolved around teachers not passing at least one of four sections of the General Knowledge part of the exam which includes a math section, reading, English language skills and essay portion.

In Lee County, roughly 30 teachers were terminated, last year the number was closer to 50.  According to a spokesperson with the FL Dept. of Education, while the state does not make decisions on district personnel issues, it is tasked with ensuring all Florida educators meet state requirements on the FTCE.

“It really is frustrating when as a district, we know this is a quality teacher and, in some cases, we know they’re recognized from the state for being a highly effective or an effective educator, yet we can’t keep them employed because of this one test,” said Dr. Angela Pruitt, Director of Human Resources and Retention for the Lee County school district.

Lee County is joining the Miami-Dade, Osceola, Collier, and Polk County school districts in proposing changes to the law mandating the passage of the FTCE.

In Polk County, the district is asking lawmakers to revise cut scores on the general knowledge exam so that at least 75% of examinees pass. In Osceola County, for the second year in a row, the district is asking lawmakers to permit advanced degrees to satisfy the General Knowledge Test requirement and in Lee County, they are also asking for more options.

Among them, if a teacher is rated effective or highly effective for three years in a row, they would not need to pass the General Knowledge exam to earn their permanent teaching certification.

“Are we going to say that one test score says more about somebody than the academic results of a classroom full of children? I don’t think so,” said Dr. Pruitt.

The increase in failure rates on the test has already forced most school districts and College of Education programs to offer additional tutoring sessions and boot camps to help teachers and aspiring teachers pass the test.

“We walk into very dangerous territory to allow a test to be another factor on why teachers are leaving the classroom,” said Florida Representative Shevrin Jones (D) of West Park recently.

Jones is open to changing the law but also calling out Florida Education Commissioner, Pam Stewart for trying to dodge our questions when we approached her during a public board meeting in Orlando.

After a year-and-a-half of asking and being denied an interview, we approached the Commissioner during a break from the recent meeting. The Commissioner responded by calling us rude for interrupting her lunch. See the full exchange here in raw, uncut 360 video.

In response to that tense interaction, Representative Jones said, “it’s absurd that Commissioner Stewart would be worried about a lunch break when so many qualified and capable educators are worried about the next meal for their families.”

Representative Jones is joining Representative Robert Asencio (D) of Miami who introduced legislation last year that would have helped teachers struggling on the FTCE.  His bill never went anywhere.

Commissioner Stewart responded to Jones’ criticism with her own written statement:

“Every student deserves access to a world-class education. In Florida, we have incrementally and strategically increased standards for students and educators. As a result, Florida leads the nation in K-12 education, and our students have achieved continuous success year after year."

At least 1,040 FL teachers out of jobs after failing state test, despite 'effective' evaluations