Nearly 3,500 layoffs reported to the feds in one week 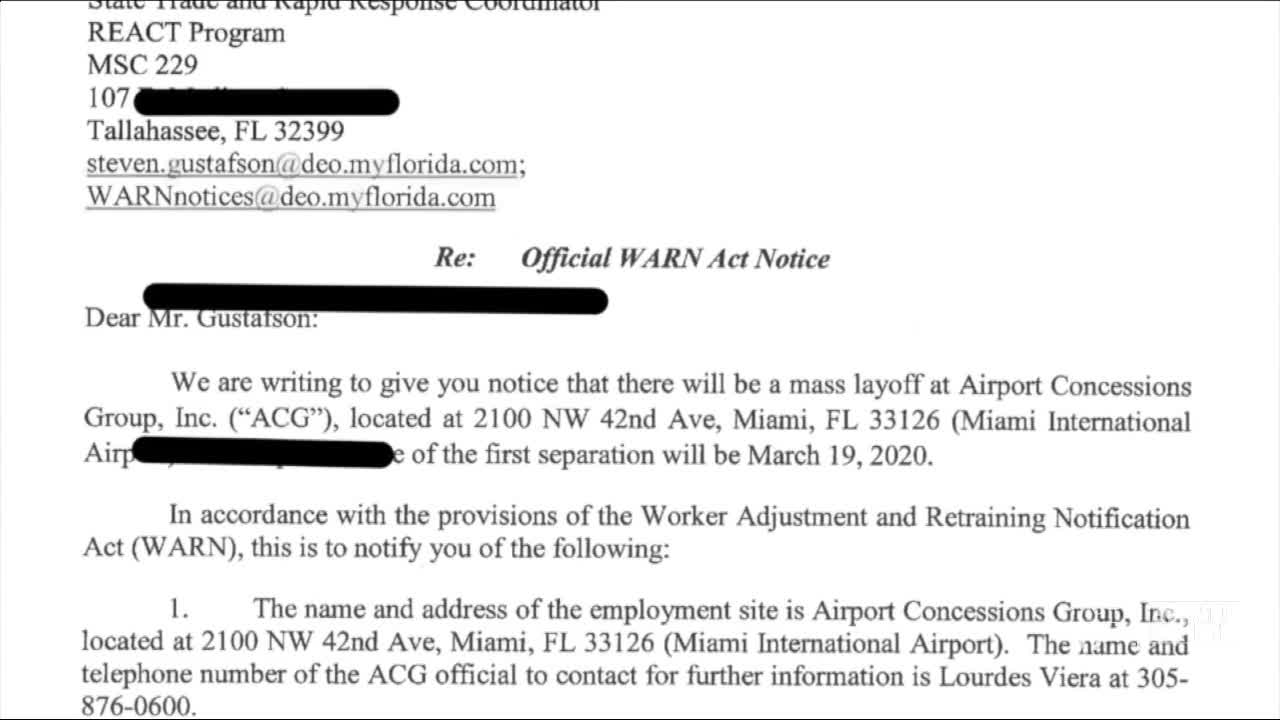 Florida companies are filing letters to the feds about mass layoffs due to the COVID-19 pandemic. 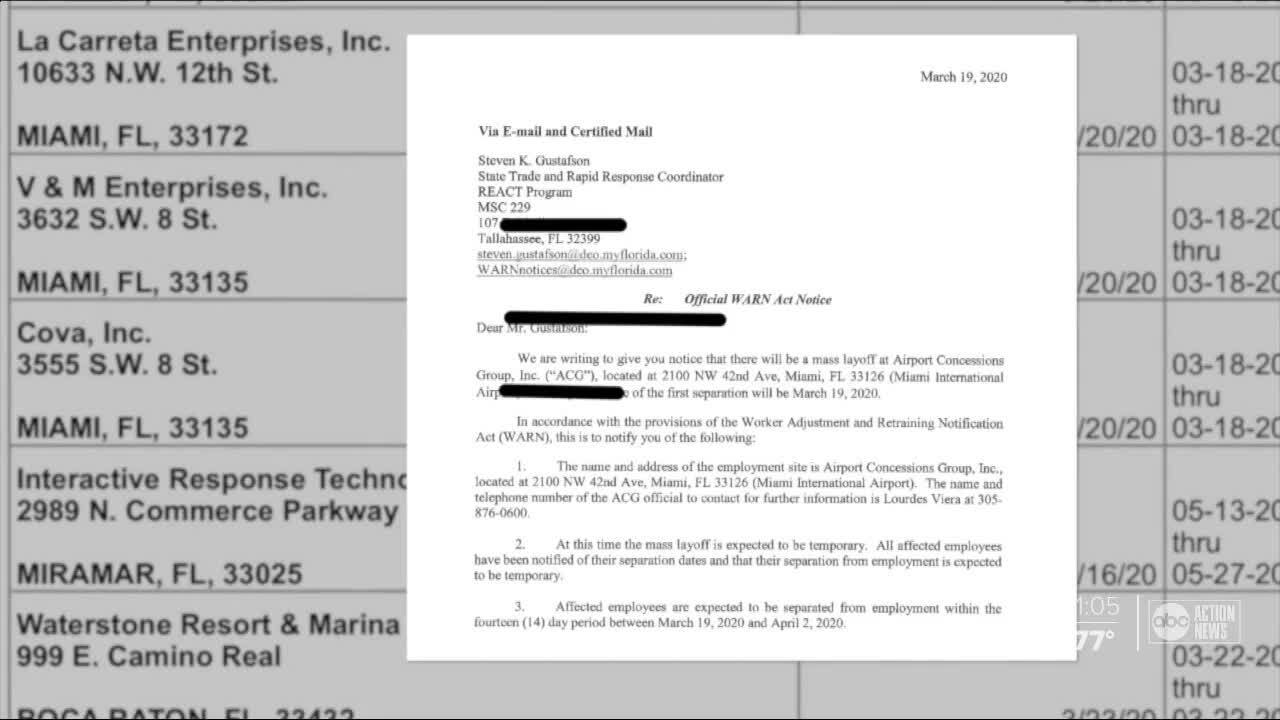 Florida companies are filing letters to the feds about mass layoffs due to the COVID-19 pandemic.

Letters from Florida businesses and sent to the federal government show a glimpse into how COVID-19 has devastated companies around the state.

Nearly 3,500 layoffs have been reported by 27 companies through the Worker Adjustment and Retraining Notification (WARN) Act in just the past week The Act requires companies to notify the federal government when they lay off mass amounts of people.

In 2019, just over 13,000 layoffs were reported by Florida companies which means in one week, the state has reached nearly one third of last year’s total.

While the letters do not have to be filed by smaller companies, what has been filed shows nearly all of the most recent filings are from companies that help make up Florida’s prized tourism industry.

“The tourism industry has obviously been hit first and the hardest,” said Virginia Haley, President of Sarasota VISIT Florida.

Haley also serves as President of the board for VISIT FLORIDA, the state’s official tourism marketing agency.

“I’ve been through 9/11 and SARS and the Bright Water Horizon oil spill and the recession, I would take all over those and combine them and say this is the worse. It’s that bad,” Haley said.

According to the federal notification letters, by April 2, nearly 700 positions will be terminated in the food services division at Miami International Airport.

Hundreds of layoffs are occurring at hotels in Miami Beach, Boca Raton, Sarasota and St. Petersburg, according to WARN letters we reviewed.

At Cafe Boulud on Palm Beach, all 99 of its employees are getting laid off and the “entire restaurant will close.” In its WARN letter, the company’s leaders point to “the COVID-19 pandemic.”

“This is a last resort. These employers have tried so hard to hold on to their employees,” said Haley.

While some employers who filed WARN letters with the government describe the layoffs as temporary, others call them permanent.

Haley said it’s too early to tell how the government’s trillion dollar bail out will help Florida businesses bounce back, especially when the state depends so much on outside travelers.

“I think it’s a little early to understand how people are going to feel about travel. I think it depends a lot on how long this lasts,” she said.

But she’s also remaining hopeful, despite watching the virus kill so much of what Florida has always banked on.

“Stand ready to be creative to get our visitors back to the community,” she said.