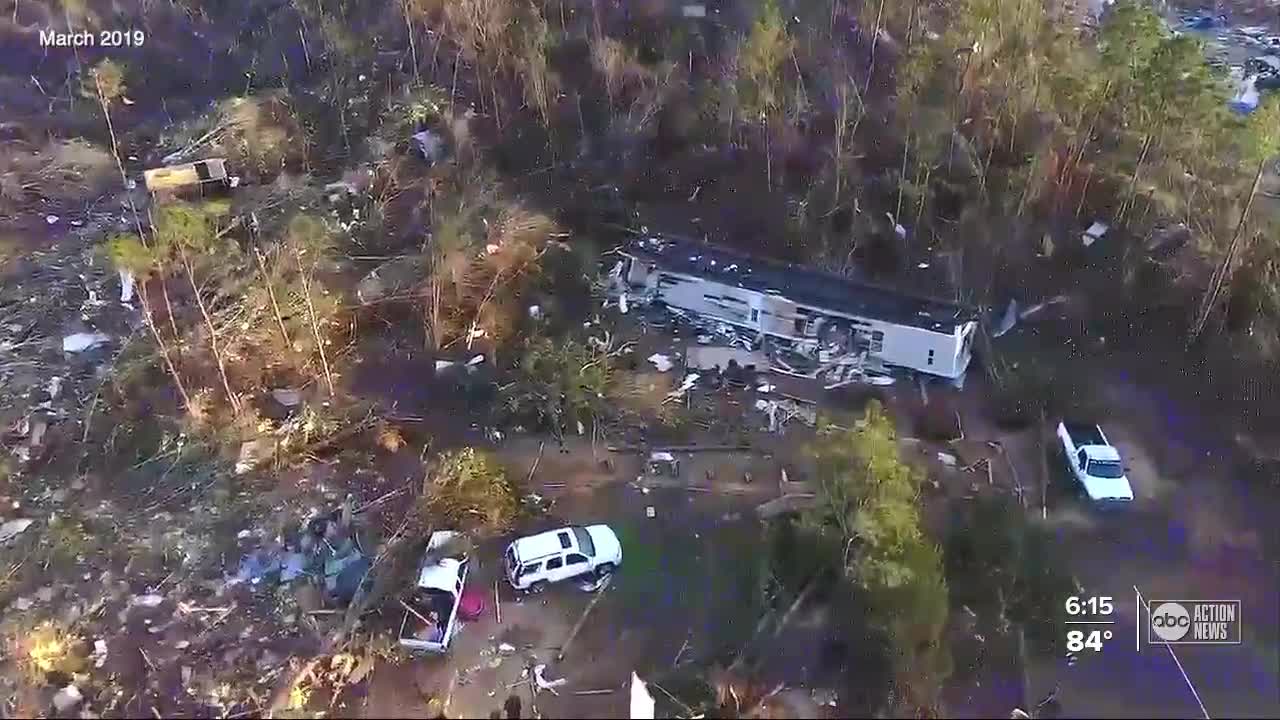 Nearly one out of 10 people in Florida live in a mobile or manufactured home, and because Florida is prone to hurricanes, tornadoes and other severe weather the state has some of the nation’s most stringent safety and installation standards. 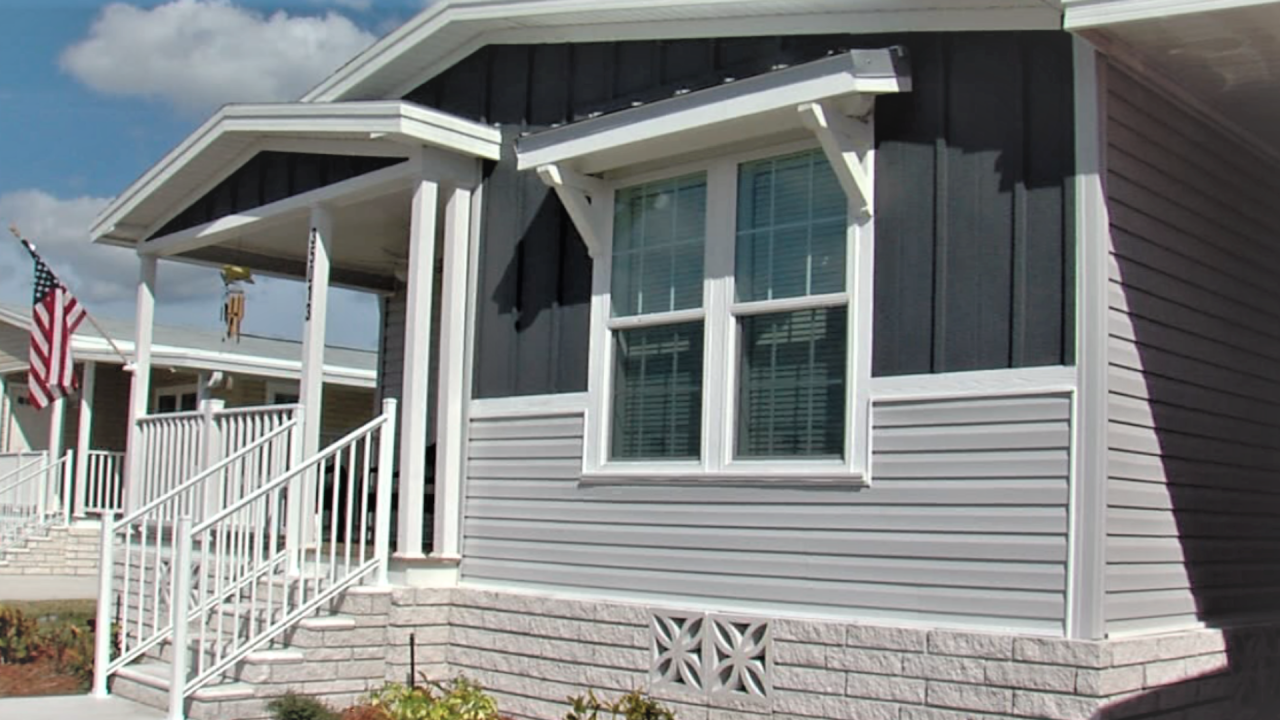 ZEPHYRHILLS, Fla. — Nearly one out of 10 people in Florida live in a mobile or manufactured home, and because Florida is prone to hurricanes, tornadoes and other severe weather the state has some of the nation’s most stringent safety and installation standards.

But I-Team investigator Adam Walser uncovered serious issues with some installations, and they could put lives at risk.

In a new section of the Crystal Lake Mobile Home Park, an over-55 manufactured home community in Zephyrhills, Brett and Sandra Chamberlin paid more than $100,000 to purchase a double-wide manufactured home last September.

“This was our dream home to retire in,” said Sandra Chamberlin.

But when the ABC Action News I-Team visited the home in February before the pandemic, the Chamberlins were ready to move out.

“What was supposed to be the home that we grow old in together is falling apart. And it breaks my heart,” said Brett Chamberlin.

The couple, both disabled and living on fixed incomes, discovered soon after they moved in that their home was shifting, cracking and sinking.

Doors wouldn’t shut, the tub drained slowly and the air conditioner pad sank in the yard.

The Chamberlins hired an engineer to find out what was going on.

He did testing at the site which determined the house was placed on soil that could only support 300 pounds per square foot.

But the specs for that manufactured home -- available online -- require a minimum of 1,000 pounds per square foot of soil bearing capacity.

The Chamberlins were surprised because the home installer claimed the ground could support more weight in permit applications submitted to Pasco county.

“He certified a six-point testing underneath our trailer as being 2,000 pounds per square foot,” said Brett Chamberlin.

The state requires installers to perform two tests. A penetrometer test to determine soil bearing capacity, or how much weight the soil can support. As well as a torque probe test, which measures the strength of the soil under the home. The test is used to calculate what size and types of anchors are needed to hold a home in place during high winds.

So why should you care about these tests? Experts say your life could depend on it.

“If there’s nothing keeping it to the ground, as soon as the wind gets underneath it, it gets rolled or flipped, or thrown or slid,” said Dr. Stephen Strader, Assistant Professor at Villanova University.

In March of 2019, he assessed damage for the National Weather Service after a southeastern Alabama tornado killed 23 people, 19 of whom lived in mobile homes.

“First thing we look at is why. And we keep coming back to that anchorage on these manufactured homes,” Strader said. “You can have a perfectly built structure, but if it gets picked up and thrown, it’s not gonna make it.”

Back in Zephyrhills, the Chamberlins reported their installer to state regulators.

A state inspector wrote on his report that the soil could support 1,500 pounds per square foot and found no violations against the certified installer Larry Booker, Jr.

But state regulators told us they cited Booker for violations in three other cases involving improper installation in 2017.

Those cases did not directly involve soil bearing capacity issues, but two of the cases involved issues with the anchoring system.

Booker received a warning letter from the state.

We looked at records from the Pasco County building department for all of Booker’s mobile home installations during the past three years.

Booker reported the exact same penetrometer test reading for all of the 75 homes for which test results were reported to Pasco County.

Thirty-four of those homes were in the Chamberlins’ mobile home park.

Booker has not been reported or cited by the state or county for using the same readings for those 75 homes.

But according to a soil survey from the U.S. Department of Agriculture, soil in the communities where Booker did the installations varies from swampy to sandy to clay.

Hanecki wasn’t involved in investigating the Chamberlins’ home and says he has never worked with Booker.

He found Booker’s reports of the same soil testing results for dozens of homes unusual.

Hanecki says, in general, when installations aren’t done right, that could have a high cost.

“You have people who are living in homes that could experience a catastrophic event that could cost them their lives because of work that wasn’t done properly,” he said.

We shared our findings with Pasco County’s building department.

They declined an interview but said in a statement the test results on Booker’s building permits “would not be something that stands out as an issue for Pasco Building Services to reject or question.”

“If you’ve got 20 of these and they’re all identical, then something’s wrong,” Hanecki said.

We also called Larry Booker, Jr. about what we found.

He referred us to his attorney, who sent us an email saying “after talking with my clients about this matter, we have decided to decline comment."

After we shared our findings with the state, regulators tell us they are now looking into Booker’s recent installations as a quality control measure

On the advice of their engineer, the Chamberlins sold their house back to the mobile home and have moved into another manufactured home in Polk County.

If you have a story you’d like the I-Team to investigative, email Adam Walser at adam@abcactionnews.com.