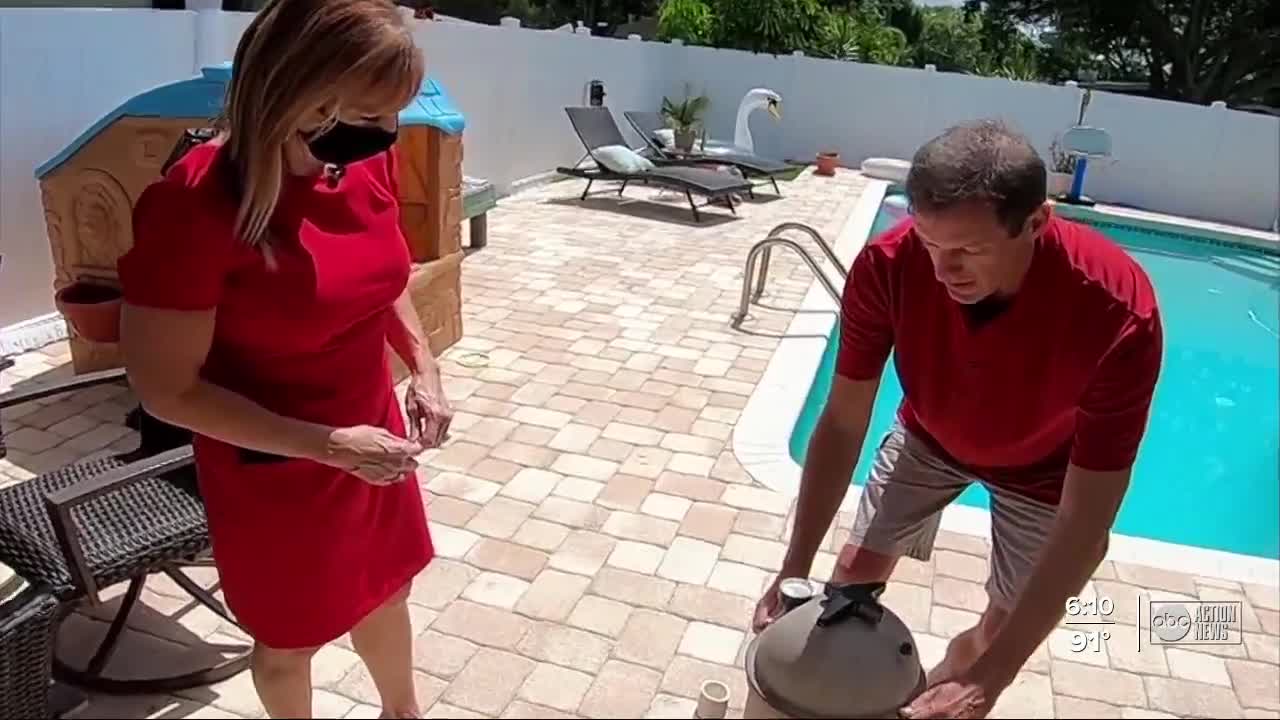 The pandemic has turned more homeowners into do-it-yourselfers. But when it comes to maintenance on your pool the I-team uncovered the risk of pool filter explosions that can sometimes cause devastating injuries. 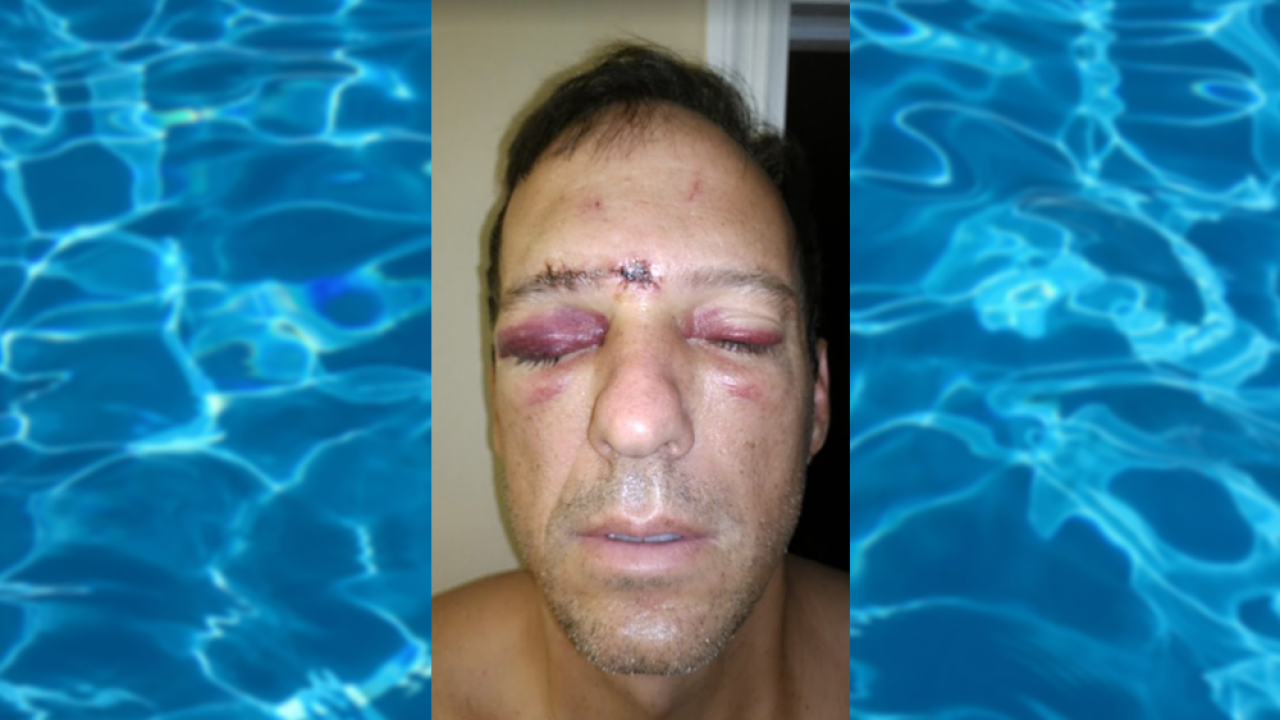 PINELLAS COUNTY, Fla. — The pandemic has turned more homeowners into do-it-yourselfers. But when it comes to maintenance on your pool the I-team uncovered the risk of pool filter explosions that can sometimes cause devastating injuries.

“I came out and cleaned the pool filter like I've done hundreds of times,” said Shimkus.

“When it exploded this whole piece shot up in the air,” Shimkus said.

The force of impact split open his forehead down to the skull.

Shimkus' accident took place last summer. But experts are now warning about the dangers of pool filters as more pool owners are performing their own maintenance during the pandemic.

Tony Arredondo with the Florida Swimming Pool Association says a pool's pumping system creates a lot of pressure on the filters.

“That filter, pressurizing and depressurizing, constantly up and down wears those threads down,” Arredondo said.

Those threads are the only part holding the top of the filter in place on thousands of brand name filters. Pool filters operate on a combination of water and air pressure, which can be a dangerous mix.

Robert who works in the pool industry lost his eye after his own pool filter exploded during routine maintenance.

“I reached for the valve to manually release the pressure and that was it,” Robert told the I-team. “It exploded. At that point and time, my hand recoiled into my face and the damage was done.”

He says all four of his then young children witnessed the accident. In Shimkus' case, his then 10-year-old daughter Brooke heard the explosion and found her dad dazed and bloody.

A year later the 11-year-old gets upset thinking about that day and what happened to her dad.

“This shouldn't be happening to people and I had to go thru this it was one of the worst experiences ever,” said Brooke.

We pulled federal data and found half a dozen other pool filter explosions since 2015. But many cases, including Robert’s, go unreported.

Label told ABC Action News, “We've seen them land in trees, blow off parts of houses and roofs and cause really serious catastrophic damage to the clients.”

Vallejo said it happens most often in filter systems that are secured by a single clamp.

“All those cases involve an explosion where the lid blew off base, " Vallejo said. "The industry calls it sudden separation, but it is an explosion.”

Shimkus never filed a lawsuit in his case. But he replaced his old filter with a safer design and he still deals with daily pain from his head injury. He offered some advice for pool owners:

“Filters are dangerous, and it doesn’t matter what kind of filter you have, they are under pressure and never put your head above a filter." — David Shimkus

The most important thing to remember when it comes to your filter. Never go near it if the pool pump is on. Also, get a licensed professional to inspect your equipment at least every two years.