I-Team: Syniverse Technologies LLC has one of the five best 401(k) plans in the Tampa Bay area 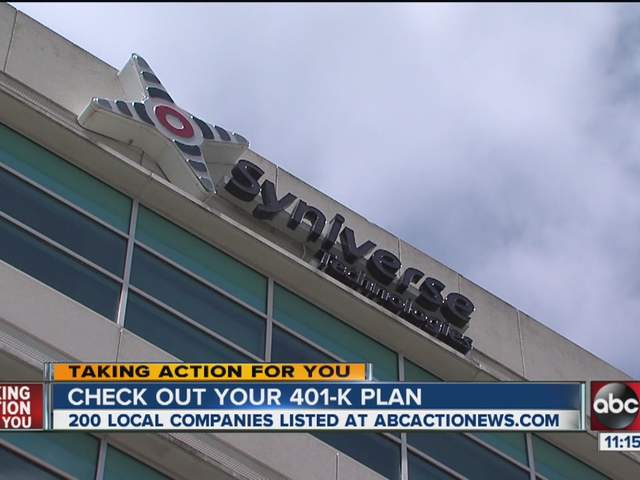 We take a look at the best 401(k) plans Tampa Bay area employers offer - is your workplace on the list? 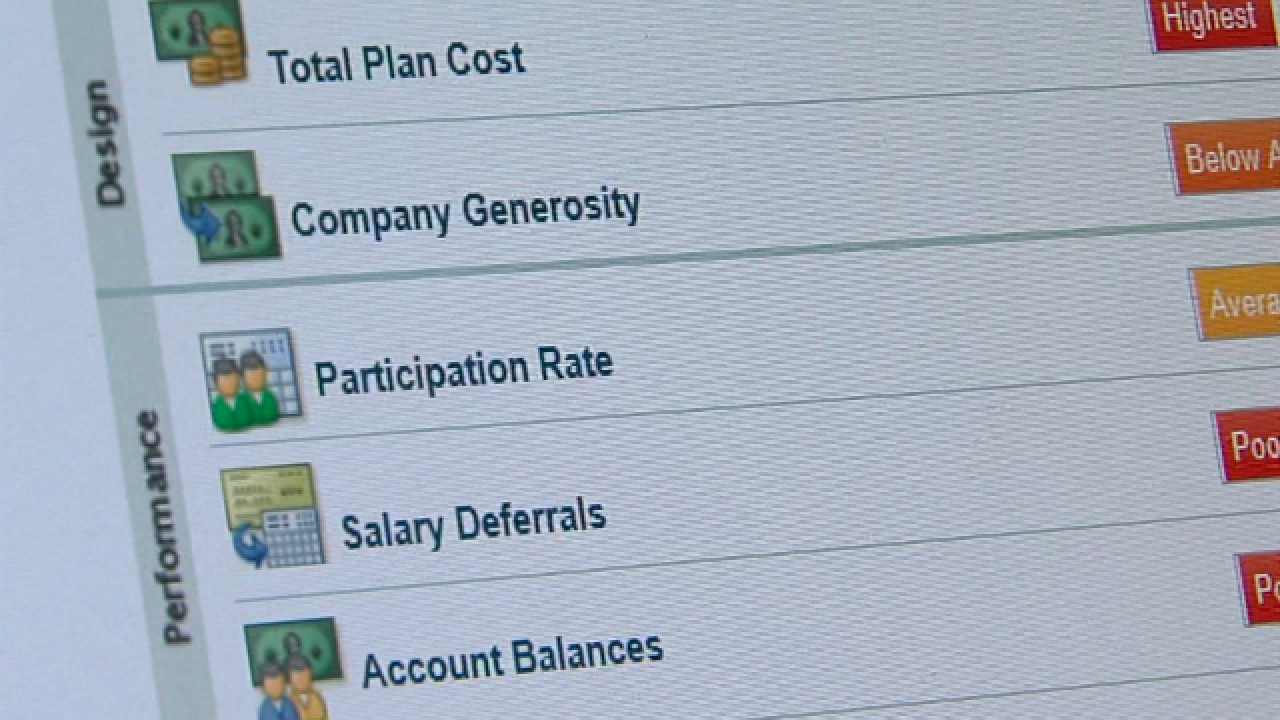 Florida workers have been told for decades that they should expect some of their compensation in this low-wage state to come in the form of sunshine. Happily, though, there are some local businesses that not only pay well but offer a pretty good 401(k) plan to boot.

"Syniverse contributes 2 percent before I even contribute anything and that's a huge win," said Green. "It's almost like an added bonus."

The ABC Action News I-Team found Syniverse, a Tampa-based innovator in wireless communications around the globe, to have one of the region's five best retirement plans. Using data from Brightscope Inc., the I-Team identified companies that are giving their employees a chance for a comfortable retirement ---- and others that seem willing to let workers fend for themselves in their golden years.

"Whatever it takes to grow dollars in a 401(k) account, that's what we favor," said Brooks Herman, head of research at Brightscope, explaining how the ratings service evaluates retirement plans.

"Law firms do traditionally very well," said Herman. "If you're a law firm, you had a good year in your billing last year and you want to reward your partners, you can make very generous profit-sharing matches in your 401(k) plan."

These are 200 of the Tampa Bay area's bigger defined-contribution retirement plans that have been rated by Brightscope Inc. If your employer's plan isn’t here, the plan may be too small, Brightscope may not have had enough information to evaluate the plan properly, or your employer may have yet to file its latest annual report with the U.S. Department of Labor, from which the I-Team compiled its list of retirement plans.

The plans getting Brightscope's highest ratings have substantial employer matches. But the best plans also offer low-cost savings options such as index funds that don't eat too much into investment returns.

At the bottom of our list of local retirement plans was Hernando Pasco Hospice Inc., which does business as HPH Hospice. Brightscope cited the Hudson hospice for hefty investment-management fees while criticizing HPH Hospice for a below-average employer match --- a bad combination.

HPH Hospice spokeswoman Robin M. Kocher blamed a bad economy and the imposition of new hospice regulations by the government for the nonprofit's inability to fund its profit-sharing program in recent years. Kocher said HPH Hospice tries to make up for that in other ways, including offering more time off as well as inexpensive health insurance for employees and their families.

HPH Hospice Chairman Randy Woodruff pointed out that Barb must finish his career with the nonprofit in order to collect those retirement benefits. Woodruff said he is optimistic the hospice will be able to revive its profit-sharing program for other employees this year.

Syniverse's Amy Green hopes she can enjoy a relaxing retirement someday, preferably at the beach.

"Our goals as a family are to not be working when we're 65," Green said. "My husband and I are working hard now to hope to play, like, harder later."

Do you have information about government waste, fraud or abuse? A tip about business misconduct that needs to be investigated? Email us at iteam@abcactionnews.com.