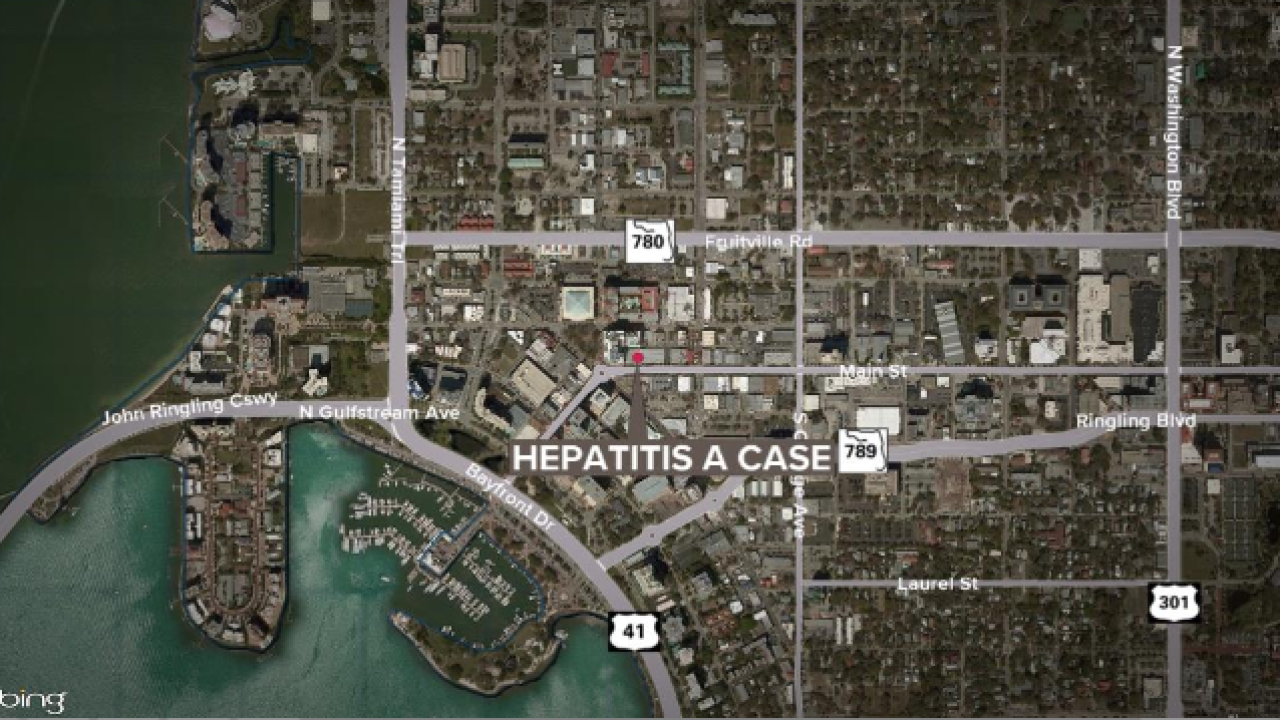 SARASOTA, Fla. -- The Hepatitis A outbreak has made its way to one downtown Sarasota restaurant.

ABC Action News is just learning a food service worker at Duval's located at 1435 Main Street tested positive for Hepatitis A, according to a release from DOH-Sarasota.

According to the joint inspection done by the county and state, the infected worker was doing food prep with raw produce and putting food on plates along with washing dishes.

The employee started to get sick on May 10 but continued to work until May 11.

On May 16, inspectors found 13 violations including an employee handling soiled dishes or utensils and then handled clean dishes without his washing hands, a line cook wiping his gloved hands on his apron than proceed to handle clean dishes and no paper towels provided at the employee's handwash sink.

A stop sale of food was also issued after the state found cold food on the cook line cooler above 41 degrees Fahrenheit.

The state also made the restaurant throw out marinara sauce after noting that it was nine days old.

A part-time employee who worked at Duval's between April 26 and May 10, 2019 was reported with Hepatitis A.

The Department of Health responded with an investigation into whether this employee who worked with us for a very brief time may have exposed others to the Hepatitis A virus. Contamination was not found within the restaurant. No other employees have contracted the illness.

Duval’s of Sarasota sanitized the restaurant as advised by the Department of Health and then exceeded the recommendation. All of its employees who were present during the Department’s visit have been vaccinated against the virus that causes Hepatitis A, and those who were not present, have been notified and advised to be vaccinated as soon as they are able to.

Due to this unfortunate circumstance, in addition to all current employees, Duval’s will mandate going forward all future employees be vaccinated against the virus that causes Hepatitis A before being hired.

All appropriate measures will continue to be taken to minimize any risk in the future. We value our customers and employees and look forward to serving Sarasota for years to come.

Hepatitis A has become an epidemic in the bay area and the state with more than 1,500 confirmed cases in Florida since January 2018.

DOH - Sarasota offers Hepatitis A vaccine for free at their Sarasota and North Port Immunization Clinics. You can click here for more information.