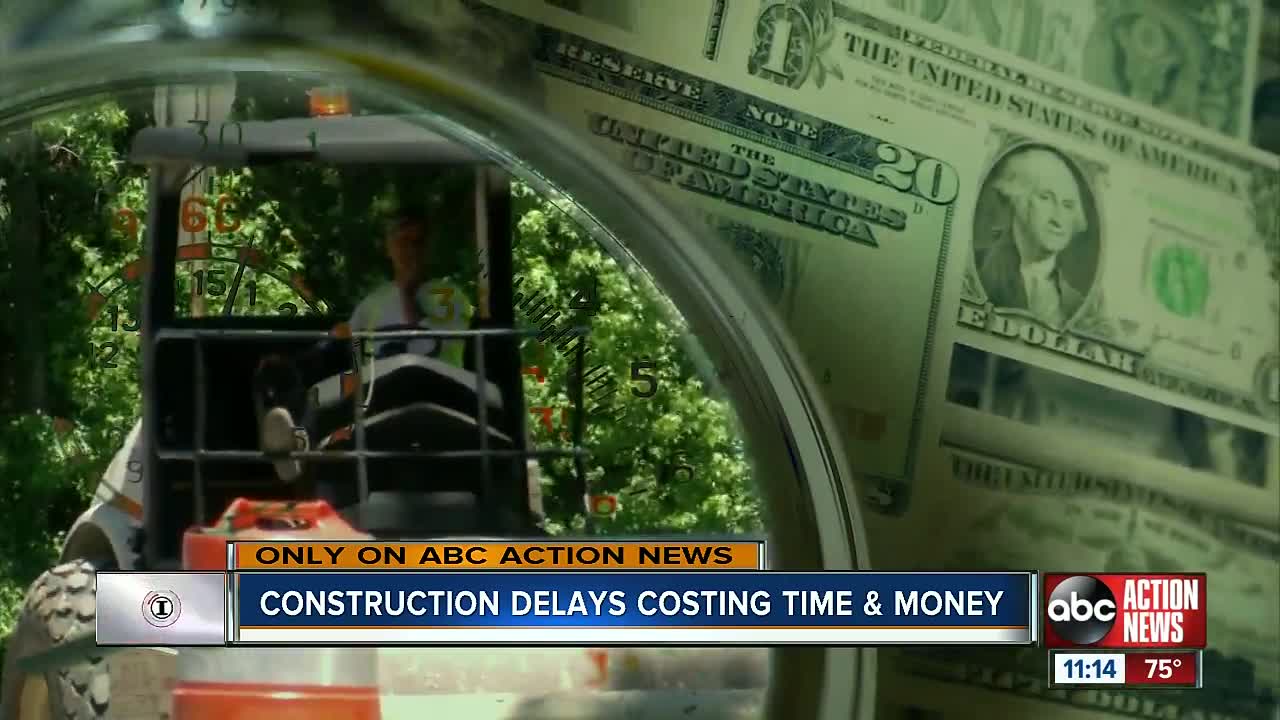 FDOT paid out more than $8 million in bonuses to road construction contractors in just one year, the I-Team uncovered. 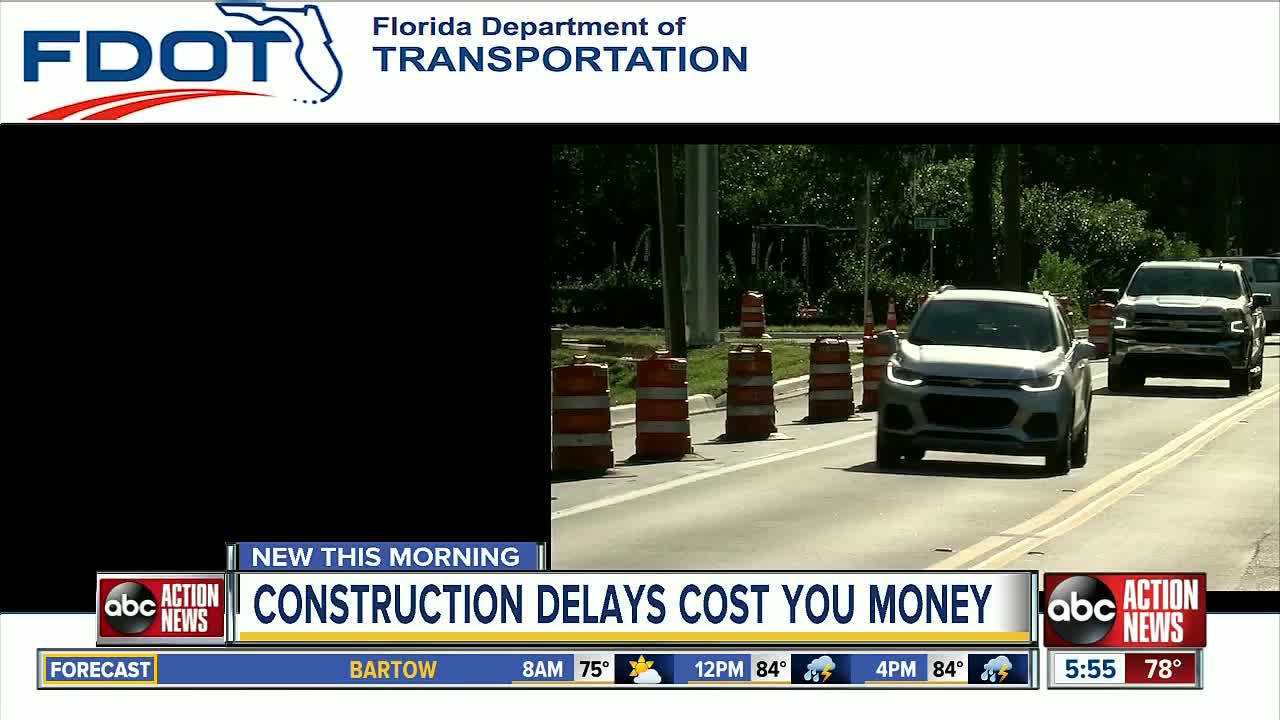 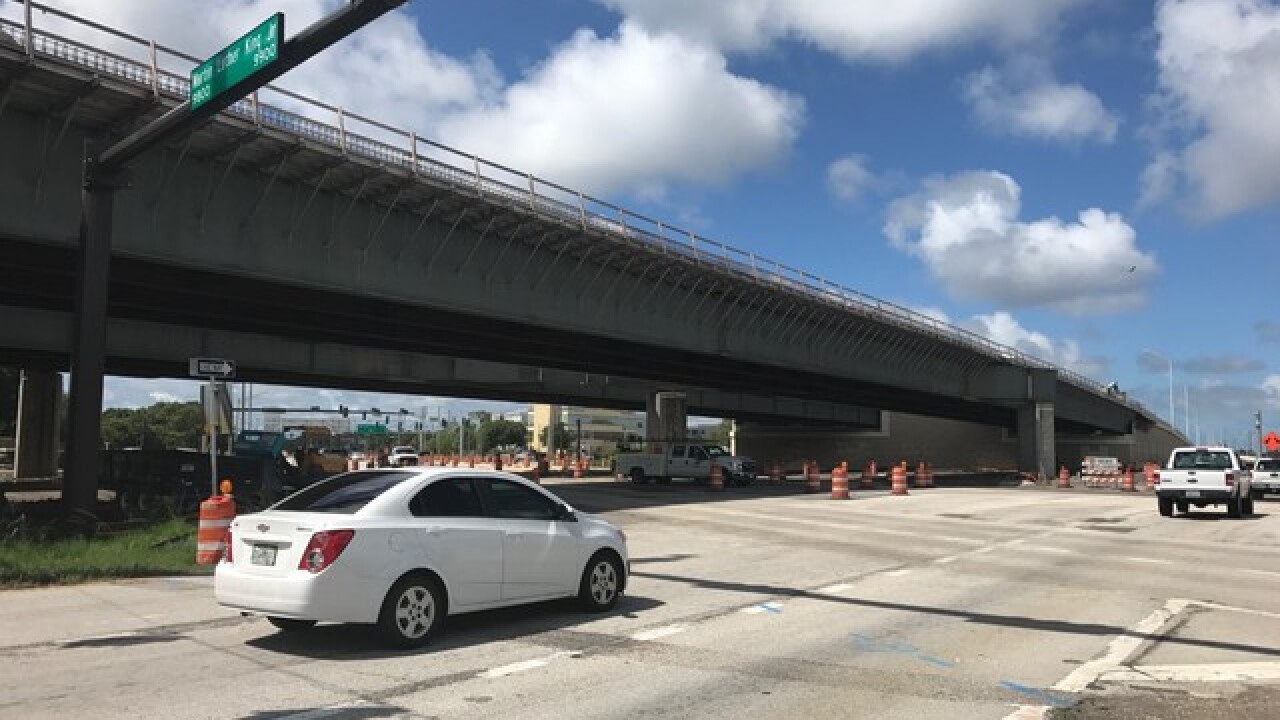 FDOT paid out more than $8 million in bonuses to road construction contractors in just one year, the I-Team uncovered.

Those bonuses — paid to contractors for finishing all or part of a job early or on schedule — come at a time when ABC Action News found most state road projects are delayed and over budget.

FDOT rules allow the agency to fine contractors thousands of dollars a day for delays.

But those fines can wind up in drawn-out appeals and many road projects aren’t considered delayed under the state’s definition.

That’s because FDOT can extend the time span for a road project by granting contractors extra days for holidays, special events and bad weather.

“It can take an hour — sometimes 45 minutes — to get to a job just because of the delays,” said Rich.

The I-Team asked our own expert — ABC Action News Meteorologist Denis Phillips — to check the weather those days and he only found it rained during four of those days.

FDOT said it called off work during the rest of those days because it was too cold to pave.

Temperatures soared into the 80s with unseasonably warm weather those days, but FDOT only allowed paving overnight when temperatures dropped below the 65-degree threshold for paving.

“They will not let us work on Friday before a holiday, if it’s on a Monday — it's a travel day — or the day following or the whole week,” said Tug Winthrop of Pepper Contracting, who wasn’t involved in any of the projects reviewed by the I-Team.

Winthrop, who has 25 years of experience with road projects, said most weather days approved by FDOT are valid but told ABC Action News he’s also seen some contractors abuse the system.

“There’s been other instances and abuses where it may not mean weather at all and it’s for something else,” said Winthrop. “It’s a potential issue that the industry’s concerned about.”

Brian McKishnie, operations manager for FDOT District 7 — which includes most state roads projects in the bay area, said his agency stands behind every approved extra day.

“Our project staff are the ones that monitor the weather conditions and if they meet the criteria for a weather day, they grant it to the contractor,” said McKishnie. “We shouldn’t be granting weather time when the conditions don't warrant it.”

Holidays and weather days added 34% more days on average to District 7 projects in the last fiscal year, the I-Team found.

McKishnie said there are good reasons FDOT bans contractors from working on certain days, such as Gasparilla, spring break or sports events.

“Those are days when we direct our contractor not to work to minimize the impact on the public,” said McKishnie.

But Winthrop said contractors and FDOT need to work together to speed up road projects.

“The public is getting weary of contracts that go on and on and on and aren’t finished in a timely fashion,” said Winthrop. “I think the state has an obligation to protect the taxpayer. That’s who really runs the show out here.”