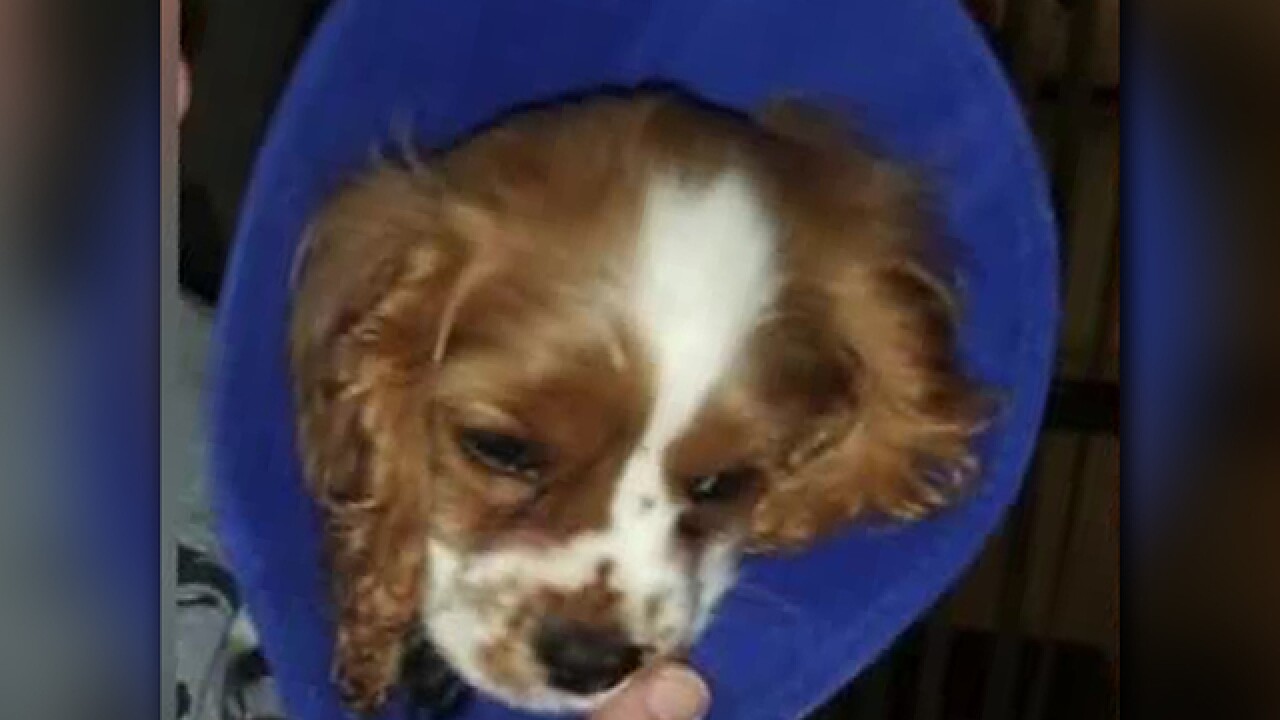 Bonibel’s cough lingers three months after Sarah Royal paid Petland $4,000 for the dog and a puppy package that included a warranty. The Royals expected her to have a clean bill of health, but the following week a separate veterinarian diagnosed Bonibel with kennel cough which only grew worse.

Sarah then found out about the class-action lawsuit filed last year. It accuses Petland's 77 franchise of defrauding customers by charging top dollar for dogs that fall sick and in some cases die. The Animal Legal Defense Fund is one of three law groups involved in the case.

Indra Jenkins says the allegations echo her story. Jenkins paid $4,700 for Nenanee and Ollie at Petland Largo. Both came home with vet signed health certificates. But after bringing Nenanee home he grew lethargic and stopped eating. Jenkins took him to the Petland vet who prescribed more antibiotics.
Nenanee wound up with double pneumonia and on oxygen at an emergency animal hospital. Jenkins and her wife Tanya drained their savings spending over $4,000 to save their puppy's life.

Jenkins says Petland ignored her calls until she hired an attorney. The owner of the Largo store Max Kennedy told us Petland never knew that Jenkins had contacted an attorney and that they refunded her $1800, the cost of the dog per the customer/store agreement.

No one from Petland’s corporate offices would answer our questions on or off camera regarding the allegations in the lawsuit. We asked a spokesperson for the Sarasota store about Bonibel and the fact they'd reimbursed Sarah $95 of about $300 in vet bills.

They responded via email:

"As you know, there is a risk of disease with any living animal including animals in the happiest and healthiest environments like ours. We work diligently to reduce risks. It is unfortunate that Sarah Royal’s puppy did fall ill. Our management team has been in contact, and as we understand Sarah’s puppy is currently happy and healthy. She was well aware of her purchase and was in no way forced or pressured to make her decision. She has been reimbursed for the treatment, but our warranty does not cover other expenses when visiting a veterinarian outside of Sarasota’s preferred vet. As for the other claims of her Chinchilla passing, we have requested this documentation, and we are waiting patiently to receive documentation."

Next a judge will decide whether to grant Petland's petition to dismiss the suit. If the plaintiffs prevail it could mean financial payback for every Petland customer who has wound up with a sick puppy over the last four years.

Petland says it gets its puppies from USDA certified breeders. The lawsuit maintains that does not insure the dogs are not coming from a puppy mill.