Couples seek refunds after canceling weddings in wake of pandemic 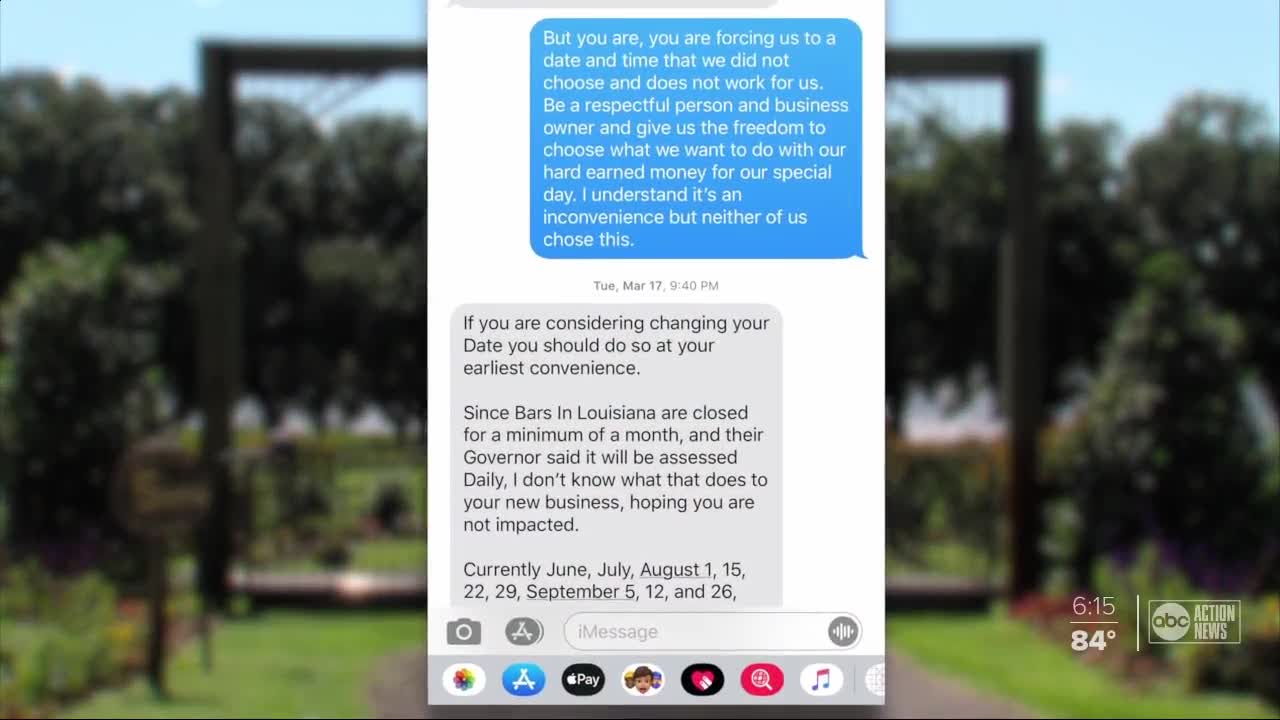 Tampa Bay area couples began canceling their weddings after the pandemic led to mass closures throughout the country. 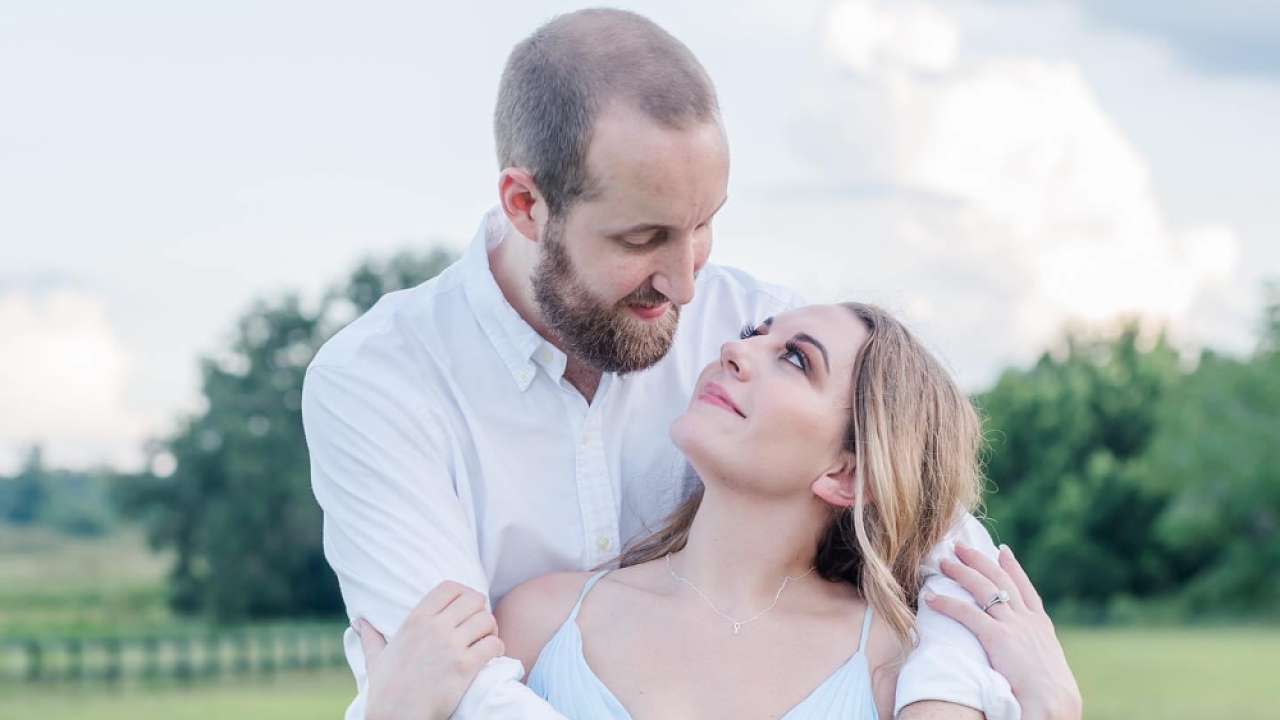 TAMPA, Fla. — After the pandemic led to mass closures throughout the country, Tampa Bay area couples began canceling their weddings.

Whitney and Jeff Kovacs said they felt they had to cancel their April wedding after the governor ordered bars, dine-in restaurants and schools in Florida closed due to the pandemic.

“It was just ripped away from us, and that was really hard,” Whitney told Taking Action Reporter Jackie Callaway.

Last August, the couple set a wedding date of April 4 and signed a contract with the owner of Covington Farm in Dade City and invited 200 guests to the wedding.

They shared receipts with ABC Action News showing payments of more than $10,000 dollars to Covington Farm.

By March, the couple said they started to worry about the safety of family and friends, so Jeff said he called and texted the venue owner in mid-March about the business’s plans to keep all guests safe.

But the contract they signed states payments are non-refundable, and the venue owner would not refund any of their money.

The owner of Covington Farm would not speak to ABC Action News on camera but said in an email, “Jeff Kovacs threatened to ruin me on social media if I did not give him a full refund... I indicated to him that due to the threat of blackmail, I would not consider giving any of his money back...”

Jeff said he never made any threats. He told ABC Action News he did tell the owner she may get a bad online review, but never ended up posting one.

He also provided ABC Action News with his text messages with the owner.

Those messages show the owner offered several alternative wedding dates, but the couple said they couldn’t use those dates because they are planning to move out of state.

The couple ended up getting married March 28 in a small ceremony surrounded by a handful of family members in their backyard.

Marissa Eaken said she and her fiancé Cory are also asking for a refund from their wedding venue.

The couple signed a wedding venue contract for an all-inclusive $11,000 package at Southern Streams Ranch. The deal is non-refundable.

The owner provided no money back but waived their remaining balance of about $700 after the couple canceled their March 28 wedding.

An attorney for Southern Streams Ranch said the venue tried to work with the couple and their concerns over a lack of air conditioning, saying in an emailed statement, “These heat concerns were expressed before any long-term scheduling issues arose with the current pandemic. When notified, Southern made every effort to resolve matters with the client.”

But the couple, both first responders in Lakeland, said their only concern was the safety of their guests during the pandemic.

The couple did decline the venue’s offers, including pushing back their outdoor wedding, because Eaken said they are concerned about Florida’s heat in the summertime.

Brides and grooms can also consider cancellation insurance, which can get couples their money back if a wedding is canceled for reasons out of their control.

“Jeff Kovacs threatened to ruin me on social media if I did not give him a full refund. I indicated that I did not like his tone, nor did I like being threatened with blackmail. I indicated to him that due to the threat of blackmail, I would not consider giving any of his money back, and that section 2 of our signed contract indicates all payments are non-refundable. I indicated any further communication should be directed to my Attorney. My Attorney and I have not heard from Jeff Kovacs.”

“Southern Stream Ranch, LLC [Hereafter, “Southern”] has enjoyed the privilege of serving brides and grooms since 2016. During those years, more than 150 couples have taken their vows at Southern’s marriage facility. Those couples have collectively rated Southern as 5 star more than 99% of the time, and Southern has extremely high satisfaction scores among all marriage venue rating services. The high ratings and satisfaction of so many demonstrates the quality and concern Southern has for all their clients.

Unfortunately, one client has expressed dissatisfaction due to the lack of air conditioning at the venue. Despite touring the venue, and despite clear communication regarding the nature of the outdoor venue, this client sought last minute changes because of concerns with heat. These heat concerns were expressed before any long-term scheduling issues arose with the current pandemic. When notified, Southern made every effort to resolve matters with the client. Sadly, instead of compromise, the client retained an attorney who has threatened the filing of a lawsuit.

Both before and after the threat of legal action, Southern continued to attempt resolution with the dissatisfied client. Those efforts included reschedule options to a cooler month as well as substantial monetary concessions. Despite these efforts, the client remains unhappy and the threat of legal action remains. Southern disavows all of the unhappy client’s allegations and remains willing to resolve matters. However, due to the potential legal action, Southern will have no further comment on this matter.”