Hollywood, the virus, and how a small family-owned theater is staging an impossible comeback

Family-owned theater in jeopardy of closing 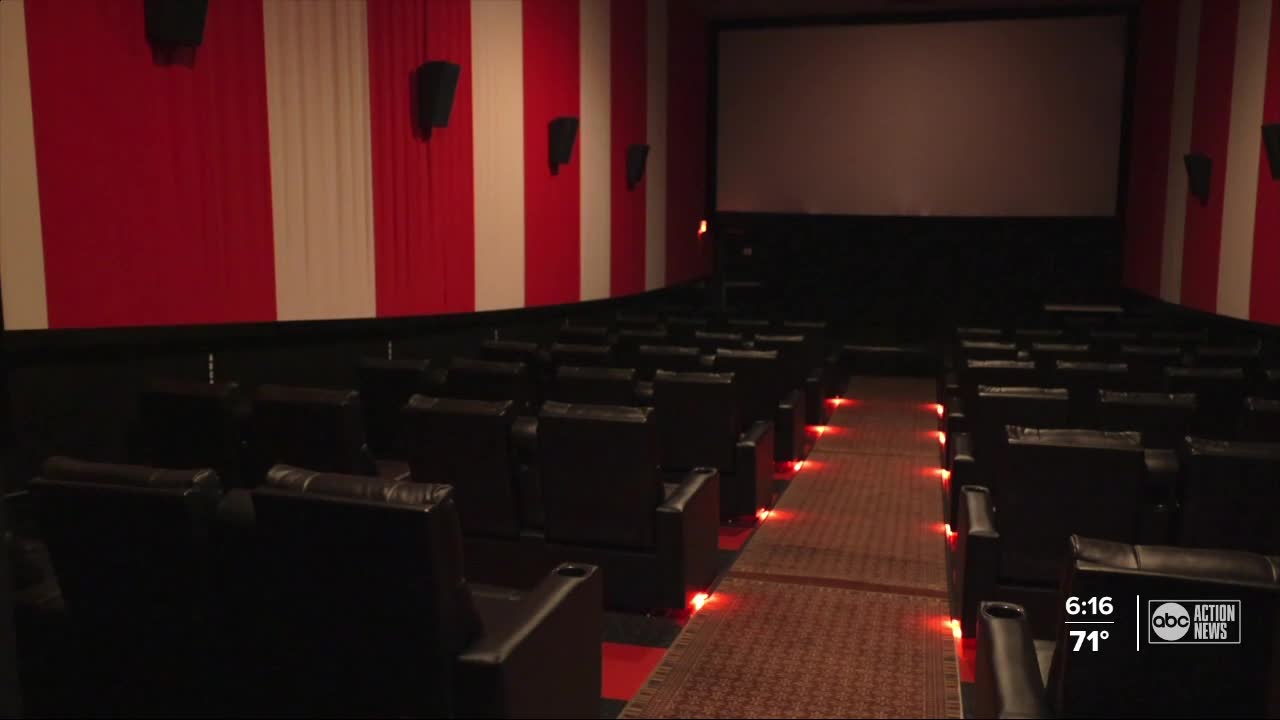 While movie fans might feel discouraged by the delays, Chanel Casteel feels something else, an absolute dread and doom that the Cinema 6 theaters she co-owns with her partner in Port Richey won't survive to play them. She is praying for a miracle to stay open. TAMPA, Fla. — For Chanel Casteel, 2020 started off filled with excitement. Movie lovers across the country were then and now anxiously waiting for Top Gun: Maverick and the final Daniel Craig installment in the James Bond series.

Both movies were pushed to 2021, and it looks like we'll all be waiting even longer for other highly anticipated theatrical releases.

While fans might feel discouraged by the delays, Casteel feels something else, an absolute dread and doom that the Cinema 6 theaters she co-owns with her partner in Port Richey won't survive to play them. She is praying for a miracle to stay open.

Disney officially delayed its final 2020 theatrical releases, "Death on the Nile" with Kenneth Branagh and Ryan Reynolds' "Free Guy," both 20th Century Studios titles. Neither movie has been given a new release date as of yet.

Without the community coming out to support the theater, Casteel doesn't think she'll last until the end of the year. And, it's not just mom and pop theaters struggling to overcome the devastation wrought by COVID-19.

The largest movie chain globally, AMC Theaters, announced they might have to seek bankruptcy protection.

Casteel took over the theater from a previous owner in 2009. After more than a decade carrying around debt from renovations and technological updates, Casteel positioned herself to make it all back in 2020.

Casteel and her partner have a combined five daughters. The theater was supposed to be something they built and left for their kids.

We interviewed Casteel in an empty theater on a day they'd typically be open. The full-time nurse has been on the front lines in the battle against COVID-19 since day one, and understands why a lot of people are not ready to come back to the cinema.

"I'm a nurse. I am a germaphobe. I don't want this stuff being around," Casteel said. "What I want to get out to everybody is that it's OK to come out and watch a movie our theaters the reclining theaters that we have each row is already six feet apart. We only have four seats per row. When someone comes in and wants to buys tickets, we'll ask them, are you OK to have someone else in your row? And, they say no, we block that row out, it's that simple. We sanitize every hour. I bought a hospital-grade sanitization.

Casteel said they aren't making any money selling movie tickets, so they've offered free movies just to get people in the door. It was a big hit during Halloween when they played Hocus Pocus.

"That movie was actually busy for us, and that was the most people we had seen in here in a long time, and that was only 88 people for the entire weekend," Casteel said. "On a Saturday night, on a normal night 280 or 320, that's normal. I was thrilled oh 88 people, we broke a thousand dollars that night (laughs). It was great it hasn't happened since, so it's scary right now. Our overhead cost is well over 8 to 9 thousand a month well before payroll, and when you only pull in $8,000 for the whole month like I'm not taking a paycheck, that's why I am still working as a nurse."

Casteel is doing everything she can to bring customers back.

"If you are not comfortable with being in a large crowd, we do private rentals too. You can rent an entire theater yourself for $125 for 2.5 hours," Casteel said. "I am open for anything at this point just to get some revenue coming through so we can stay open for when these new movies do start coming back around. If it keeps going the way it's going, I don't think we'll be here past the end of the year, I really don't. Everybody is getting cut at the knees here, and it's horrible."