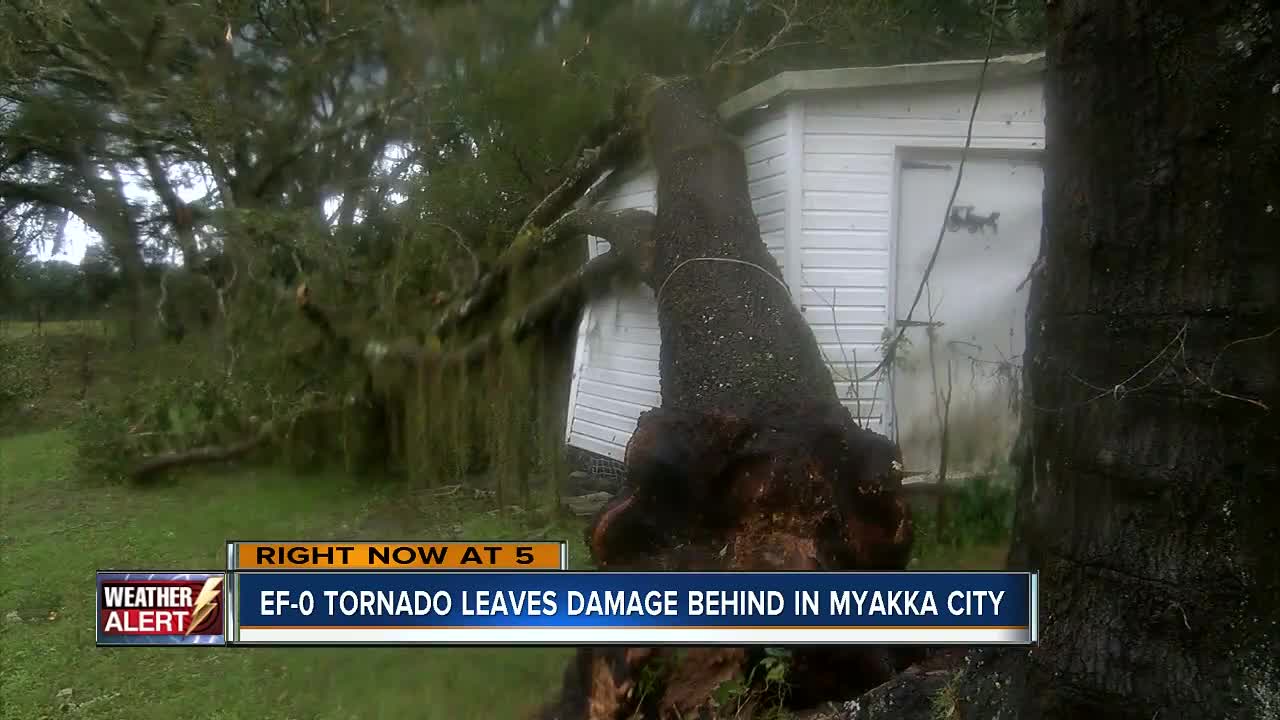 An EF-0 tornado touched down Thursday morning in Myakka City, causing heavy damage for some homeowners. 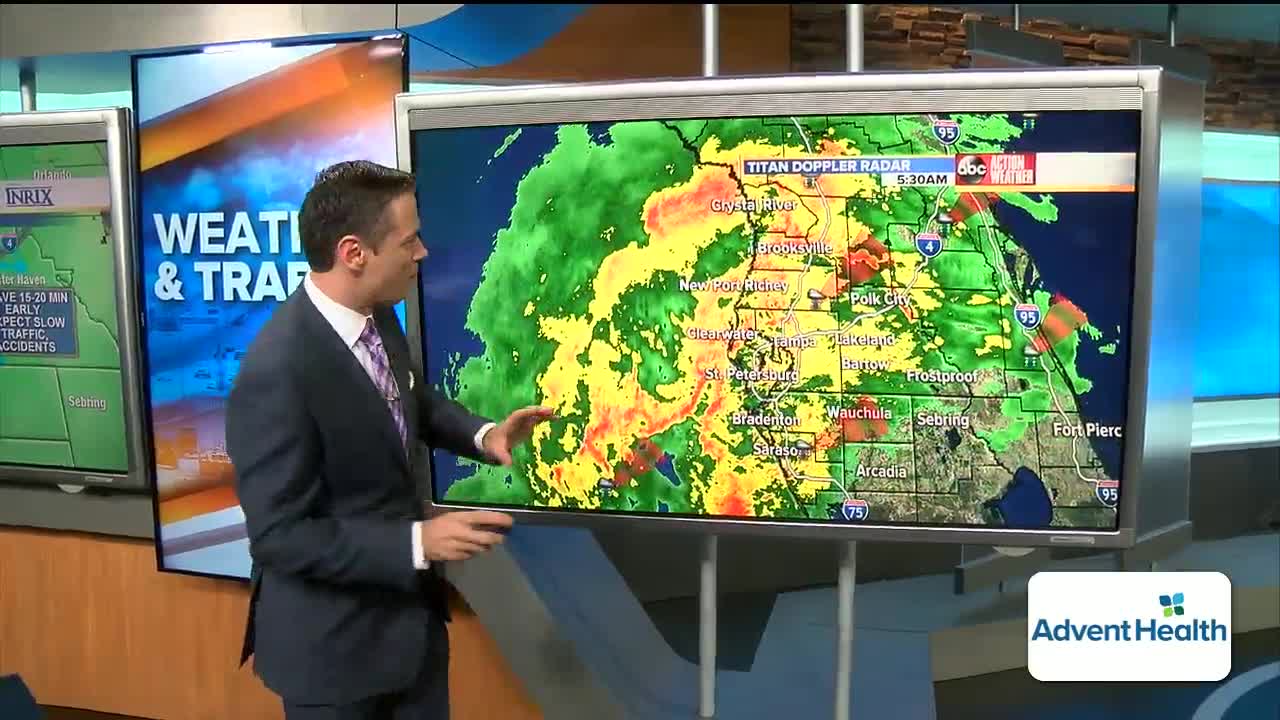 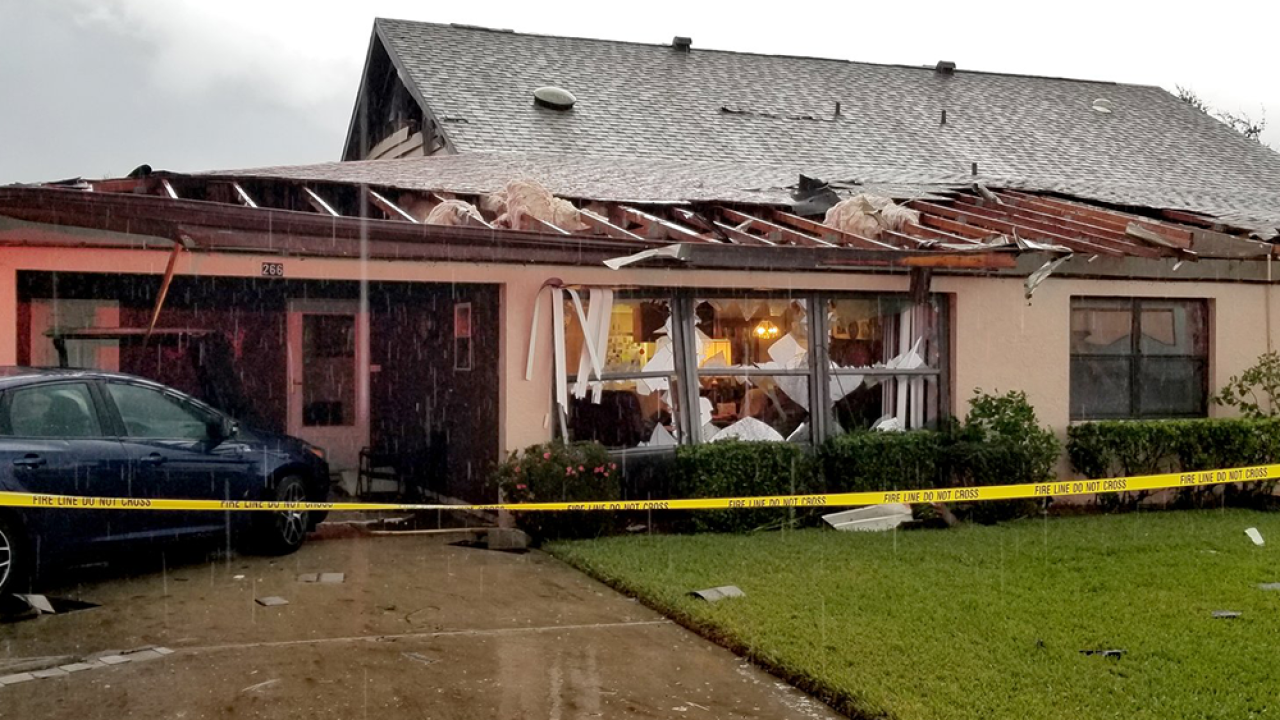 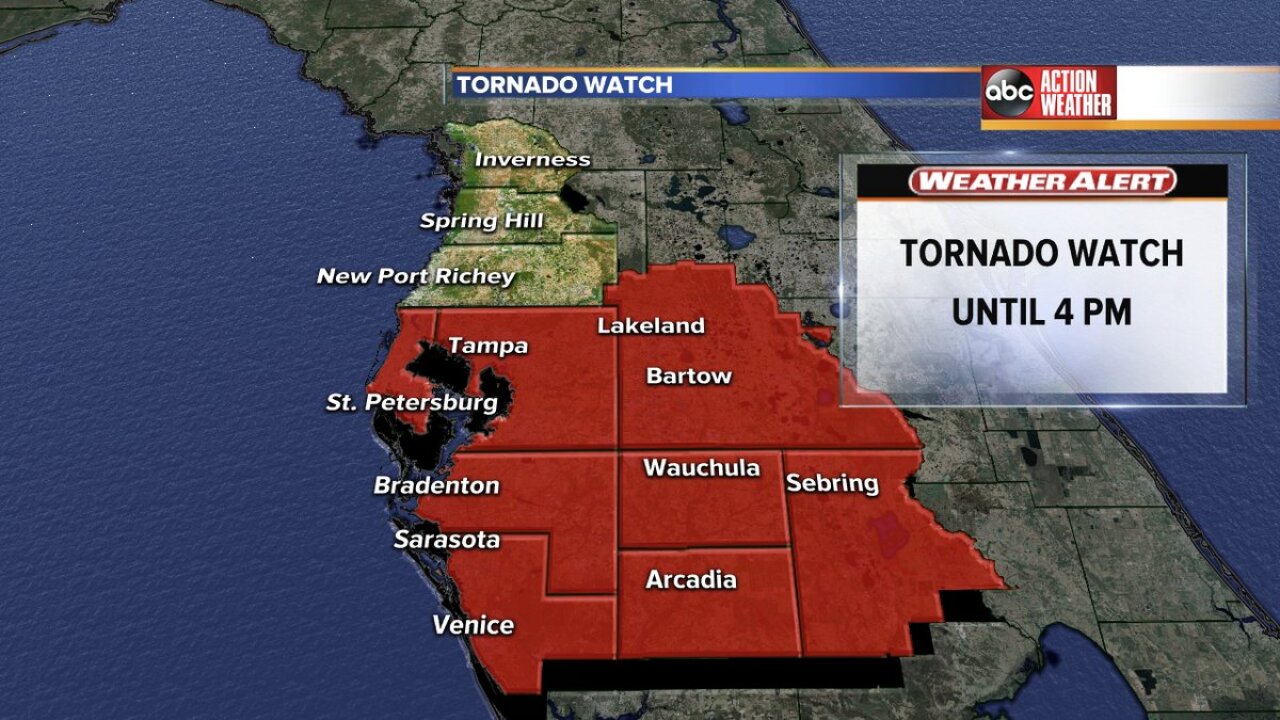 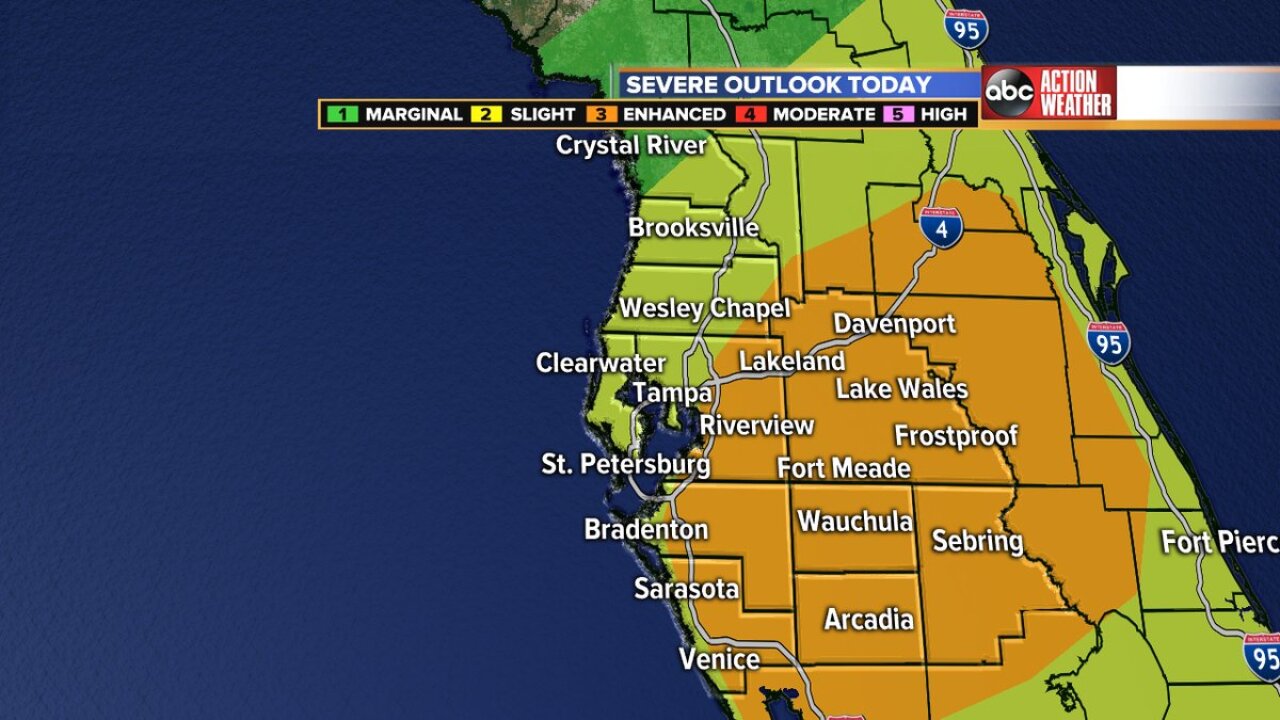 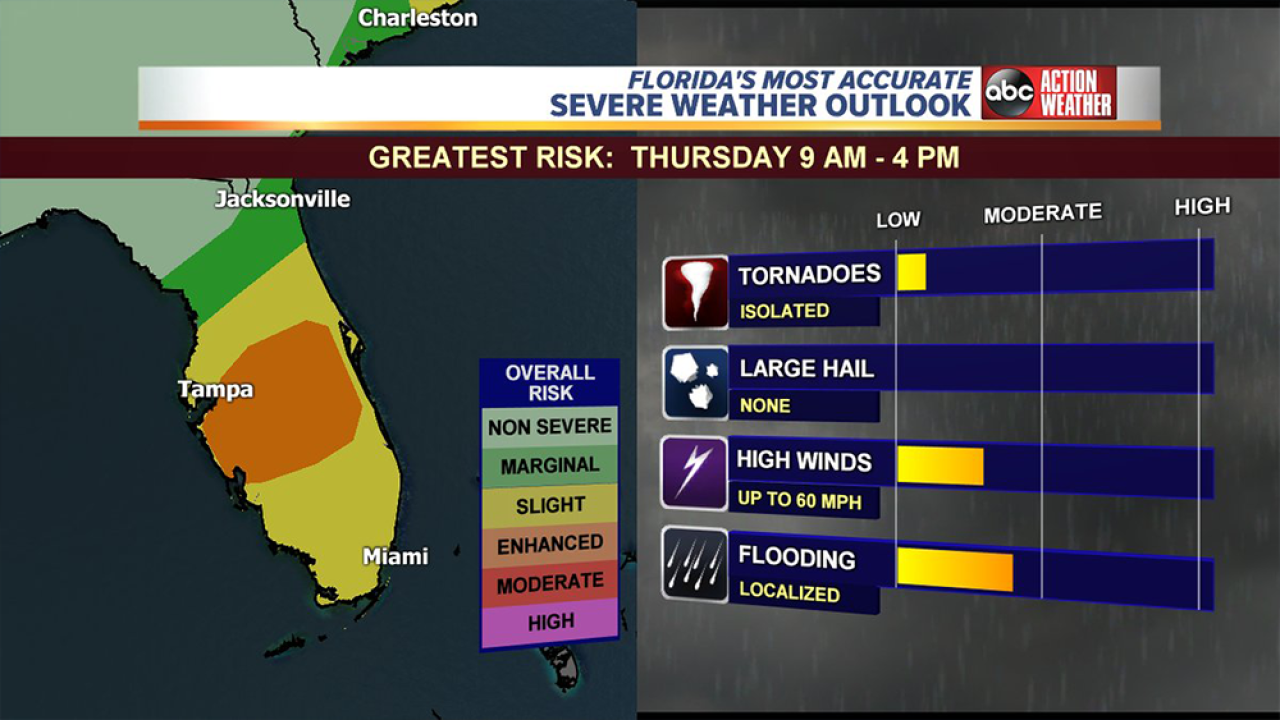 The tornadoes touched down in Myakka City, Lake Wales and Fort Meade. All three tornadoes were EF-0 tornadoes.

At 9:45am @PolkFire responded to a possible tornado south of Lake Wales. A roof of a quadraplex did collapse & one person was transported to the hospital. The residence was surrounded w/ several large, downed branches & a vehicle was moved from the driveway by the wind. pic.twitter.com/kwWvHtCAf4

Animal rescue in Bradenton under water after storm, asks for help on social media
Bay Pines VA clinic in Palm Harbor temporarily closed due to damage from severe weather

Coastal flooding is possible today due to strong on-shore winds. In-land flooding is also a threat due to very heavy rainfall. Some areas could see more than 4 inches of rain this afternoon.

FHP says the Sunshine Skyway Bridge is open but is telling motorists to use caution and keep headlights on. If you're traveling today, besure to check your flight status with TPA.

Hazard lights on when raining: the law explained to Florida drivers