A mask exemption card has made the rounds on social media with people instructing others to print it off and carry it around with them if they don’t want to wear a mask. 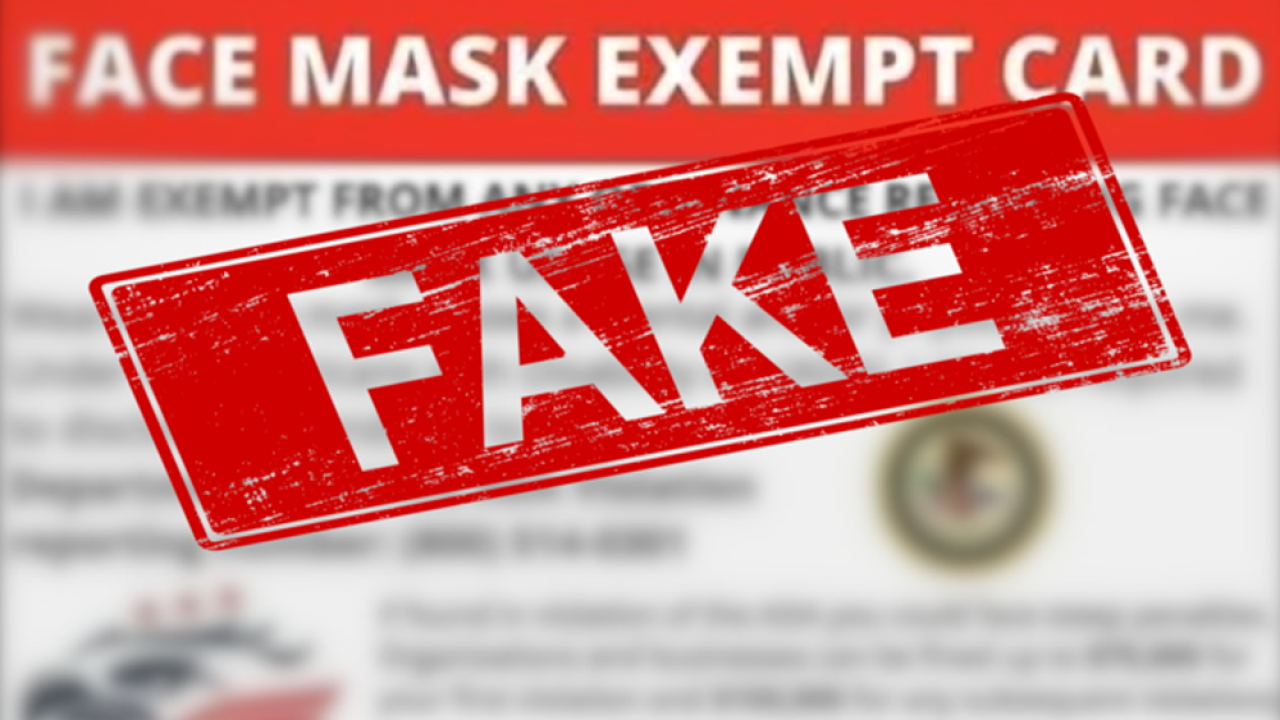 TAMPA, Fla. — A mask exemption card has made the rounds on social media with people instructing others to print it off and carry it around with them if they don’t want to wear a mask.

It comes as many businesses are displaying signs outside their storefronts to mask up or stay out.

“As a proprietor of a business, an owner of a business, you have the right to refuse someone entry in your business if they refuse to wear a mask,” said Charles Gallagher, a Consumer Lawyer in St. Petersburg.

Gallagher says if someone has a legitimate health reason and can’t wear a mask — businesses must reasonably accommodate them under the American’s with Disabilities act.

“The irony is you’re probably already doing that,” he said. “If you’re a business that’s a restaurant and you’re offering contactless delivery to the curbside, that’s what you’re already doing.”

But the Department of Justice has sent out a fraud warning which tells folks it did not issue and does NOT endorse several of these face mask cards with the DOJ seal printed on them.

The card claims to exempt people from using a face mask in public under the ADA because it, “poses a mental and or physical risk.”

It also claims if businesses deny a person with this card access, they will be reported and potentially fined thousands. Quite the opposite could happen, according to Gallagher.

“Civil and criminal penalties could result from someone saying they have a disability and tried to falsely utilize the protection of the ADA when they didn’t,” he said.

That includes criminal fraud. It’s why he says lying about a disability to get away with not wearing a mask is not worth it.

“If you have one of those legitimate reasons then absolutely that’s what it’s for,” he said. “But people that are trying to claim a pretext and claim an excuse that doesn’t exist — that’s a bad idea to try that, it’s not what it’s for.”

The Department of Justice says any ADA information issued by the will be on the ADA website.