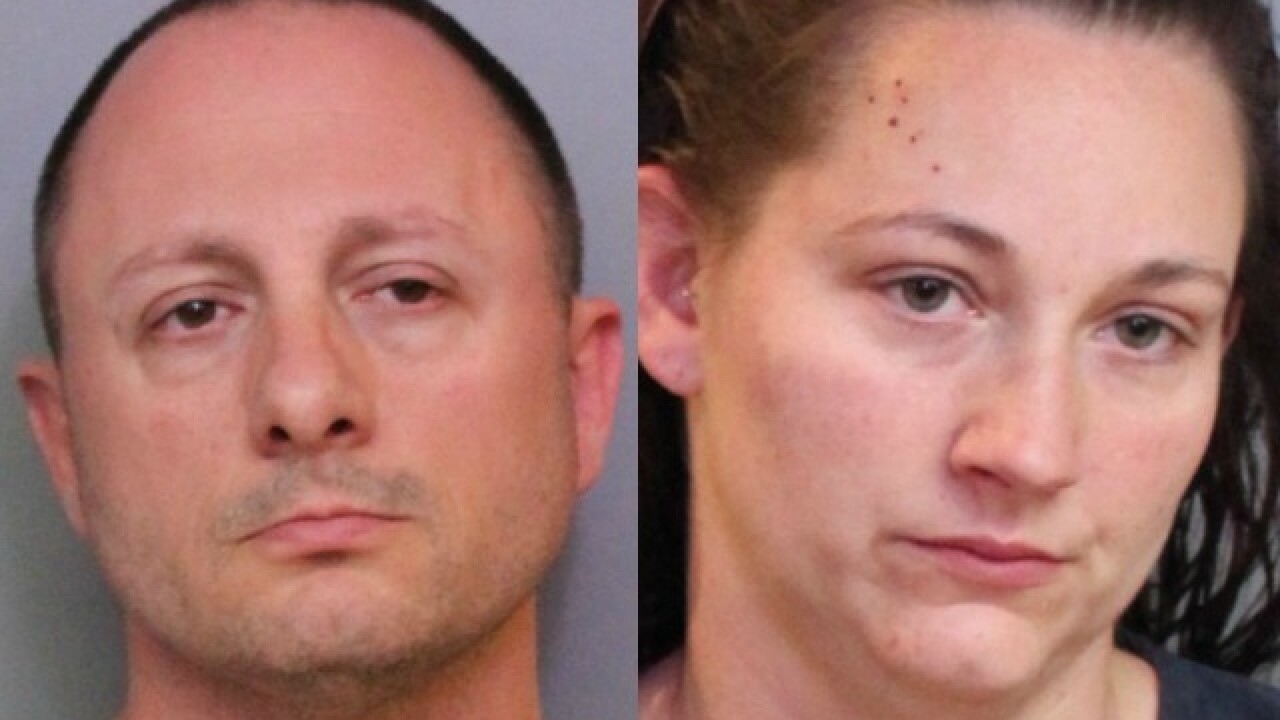 A Polk County Sheriff's Office deputy resigned on Monday, September 4 after he and his girlfriend were arrested for battery-domestic violence.

Russell Hilson, 40, was accused of physically assaulting his girlfriend, 30-year-old Brittany Lange. According to Hilson's affidavit, a verbal altercation led to Lange throwing a tupperware container on the floor. He demanded she clean up the mess and began to record her on his cell phone.

Lange took the phone from him, went into the bathroom with her son, and locked the door. The affidavit states Hilson, allegedly, punched a hole in the door so he could unlock it. He then entered the bathroom and punched Lange in the face to retrieve his phone.

She handed him the phone and they each called 911.

According to police, Lange had numerous bruises on the right side of her face and all over her right arm. Officers also observed the damage to the door and believe it to be consistent with Lange's statements of being assaulted by Hilson.

She declined medical treatment and refused to go to a domestic violence shelter.