Foster kids struggling as they age out of system 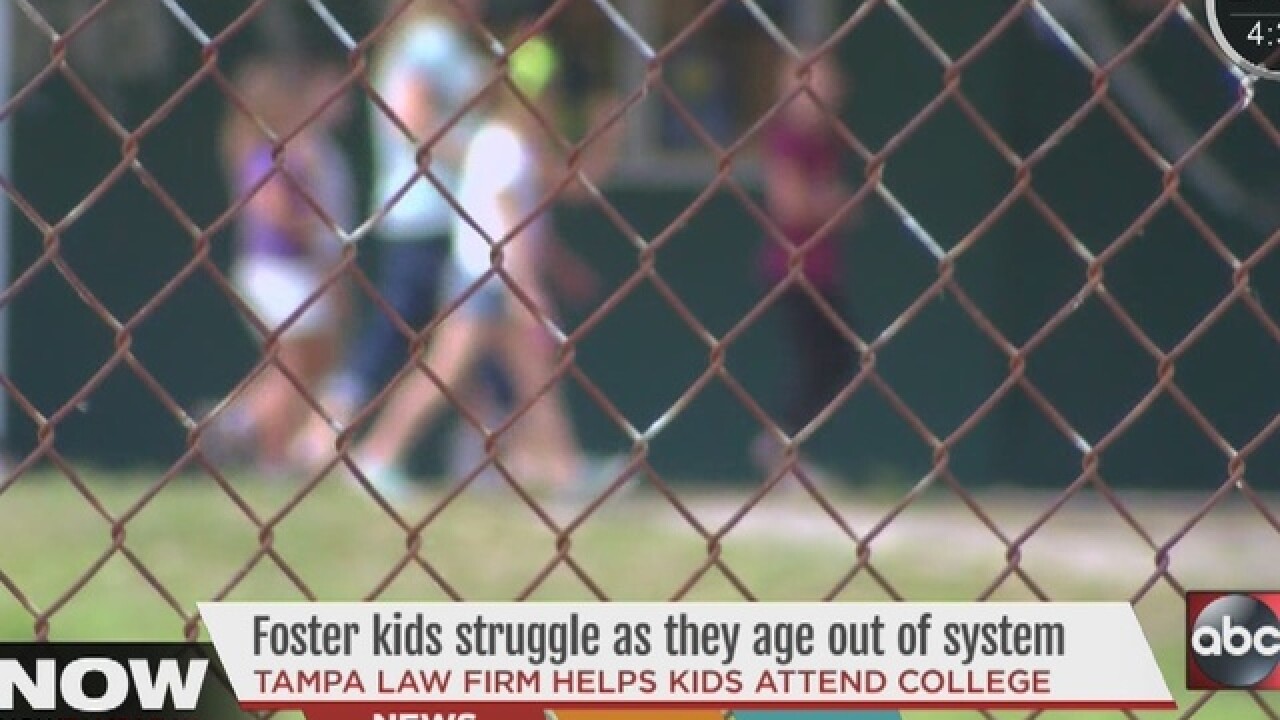 Thousands of children in Florida are facing a very uncertain future. They're about to age out of the foster care system and will be forced to survive on their own. But, there are little-known programs that can help children like this build successful futures.
When Logan Martinez was 14, he met the first person he could trust. Suzanne Parker would be the person to change his life, he said.
"That one person you always had to talk to," Martinez said. "She was able to build a relationship with me."
Parker became a guardian ad Litem for Martinez and his siblings, who were living at a group home at the time.
"I was in like a boys' orphanage, I guess you could call it," Martinez said.
Now, she serves as the guardian ad Litem program's circuit director for Hillsborough county. Parker remembers the moment  she first met Martinez.
"He told me that he wanted a mom and dad who would take care of his brothers and sisters and him," Parker said.
With her help, Martinez was adopted at the age of 16. However, many foster children throughout Florida are not as lucky.
"They have these insurmountable challenges they have to overcome," Parker said.
More than 80 percent of Hillsborough's foster kids have no guardian ad Litem to attend countless court dates and act as mentors and advocates for them.

"Unless there is a guardian or a guardian ad Litem there to be their voice, these kids really have no voice," said Karen M. Buesing, a board certified labor & employment attorney with Akerman LLP.  Akerman LLP just made a $1 million pledge to the National Court Appointed Special Advocates (CASA) Association.

The donation, dedicated to benefit current and former foster youth, is the largest donation CASA has ever received from a law firm and one of the greatest sustained commitments it has received throughout its 38-year history, firm representatives said.

Buesing says without guardians at Litem, Florida's foster children often have no idea of the state resources available.
"There's tuition assistance," Buesing said. "There's a living assistance, kind of a stipend and independent living services available. But again, there are strings attached and it depends on where you are in the process."
Now at 26, Martinez  is hopeful all children in child welfare could have a guardian ad Litem to guide them like Parker did with him.
"I think something that suzanne helped me with is building trust," Martinez said.
Even now, Parker loves Martinez as one of her own children.
"He is a joy," Parker told ABC Action News. "He is my Logan."
These programs have the capacity to help a lot of children. There are currently about 14,000 in foster care in Florida alone. Nearly 40 percent who age out of the system end up homeless, studies show. And nearly 60 percent of young men who age out end up in jail.
Now, Martinez is hoping to become a Hillsborough County Sheriff's Deputy.
How to help:
Scripps Only Content 2015