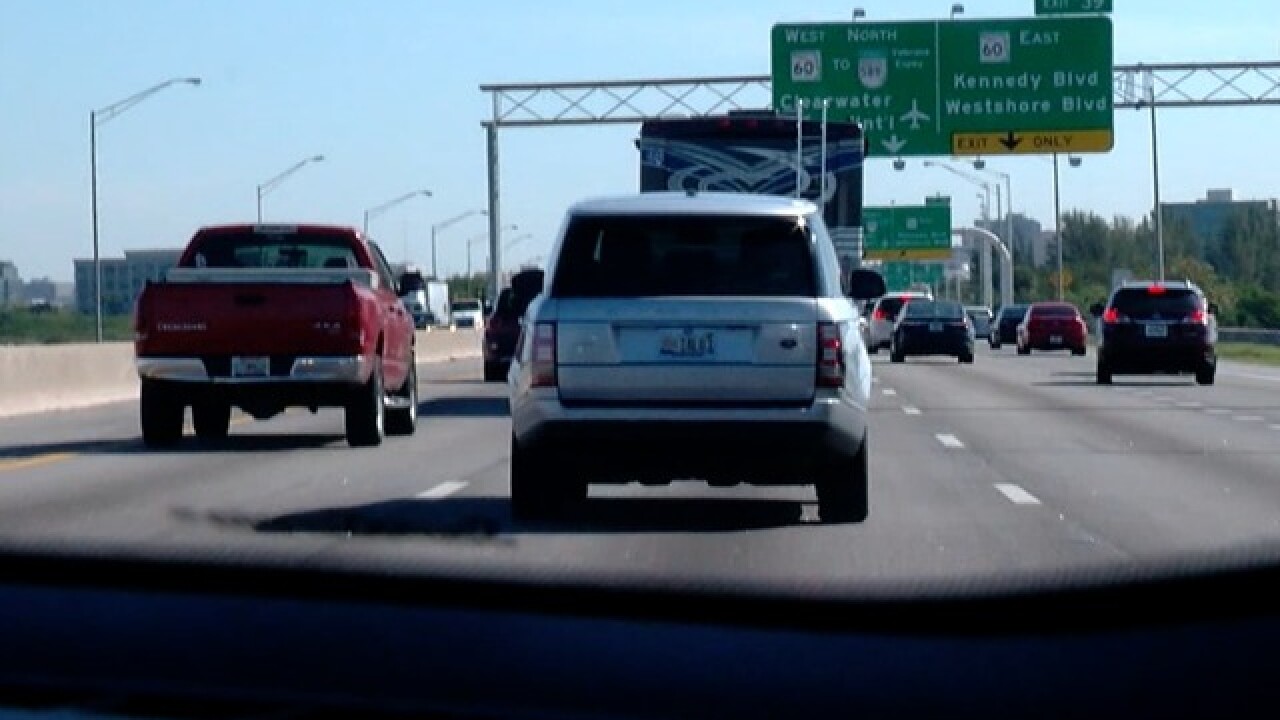 TAMPA, Fla. -- People living in Tampa Heights are celebrating the news Florida's Department of Transportation is no longer planning to put toll lanes along I-275 through their neighborhood.

The project, once known as Tampa Bay Express (TBX) and later re-branded as Tampa Bay Next, has been the source of much concern for residents who did not want to see the highway expanded further.

In a meeting with the Metropolitan Planning Organization on Tuesday, FDOT cited "community feedback" as the reason it is, officially, no longer pursuing this plan.

The news has neighborhood activists, like members of a group called Sunshine Citizens which has been a leader in the so-called "Anti-TBX" fight, breathing a sigh of relief.

"Obviously this is a victory for the people," Sunshine Citizens organizer Michelle Cookson told ABC Action News on Wednesday.

"The taxpayers deserve a better return for their investment of 6 to 9 billion dollars," adds Cookson. "And this is grass roots. Everyday people gave up time, put so much effort into research and holding elected officials and FDOT accountable."

The development will also likely leave commuters, often stuck in terrible rush hour traffic morning and evening, wondering what, if anything, FDOT will do now to make their trips easier, especially with rapid growth continuing in the northern and southern portions of Hillsborough County.

To that point, FDOT also announced it is now launching a year-long study into putting toll lanes on I-75 instead, possibly in the northern portion of Hillsborough, like around Bruce B. Downs Blvd, as well as in the southern portion of the county, like near Sun City Center, and possibly in-between.

The toll lanes, says FDOT, is to help alleviate traffic congestion for commuters who frequently use I-75 to go to downtown Tampa.

The areas directly surrounding I-75 are rural, compared to the urban landscape surrounding much of I-275, and, therefore, would likely not have such contentious opposition, acknowledges FDOT District 7 spokesperson Kris Carson to ABC Action News.

Carson clarifies that the study of toll lanes on I-75 does not guarantee that toll lanes will definitely be added, but an idea being strongly considered.

As for the traffic on I-275, Carson says FDOT believes it is still a problem, but they are taking a look at other ways to address it.

One of the major factors causing traffic along I-275 is the I-4 interchange in downtown Tampa, infamously described as "malfunction junction."

FDOT still has hundreds of millions of dollars set aside to "build out" the interchange in an attempt to reduce the bottlenecking effect that is commonplace in the area.

Instead of a "massive build out," FDOT is planning instead on a slightly smaller expansion that would require less land surrounding the interchange in the V.M. Ybor and Tampa Heights neighborhoods.

The slightly smaller expansion, says Carson, would use existing roads and an elevated express lane to improve the interchange, with a price tag of at least $775 million.

As for the other plots of land already purchased for toll lanes along I-275, FDOT says it will keep that land, and either use them for retention ponds or drainage.

FDOT is also still moving forward with plans to put toll lanes on the Howard Frankland bridge once a new portion of the bridge is built; the project is still several years away.

Cookson and the of Sunshine Citizens say they still want to have more of a say about that Howard Frankland project as well.

"We want to take a moment to recognize and thank all of YOU Sunshine Citizens," the activist organization wrote online. "All of your hard work, dedication, strength and unwavering commitment has led us to this day. Celebrate what you achieved. Then, please join us in the next battle in this long war."

The group is referring to their campaign in favor of funding a mass transit system, like light rail.