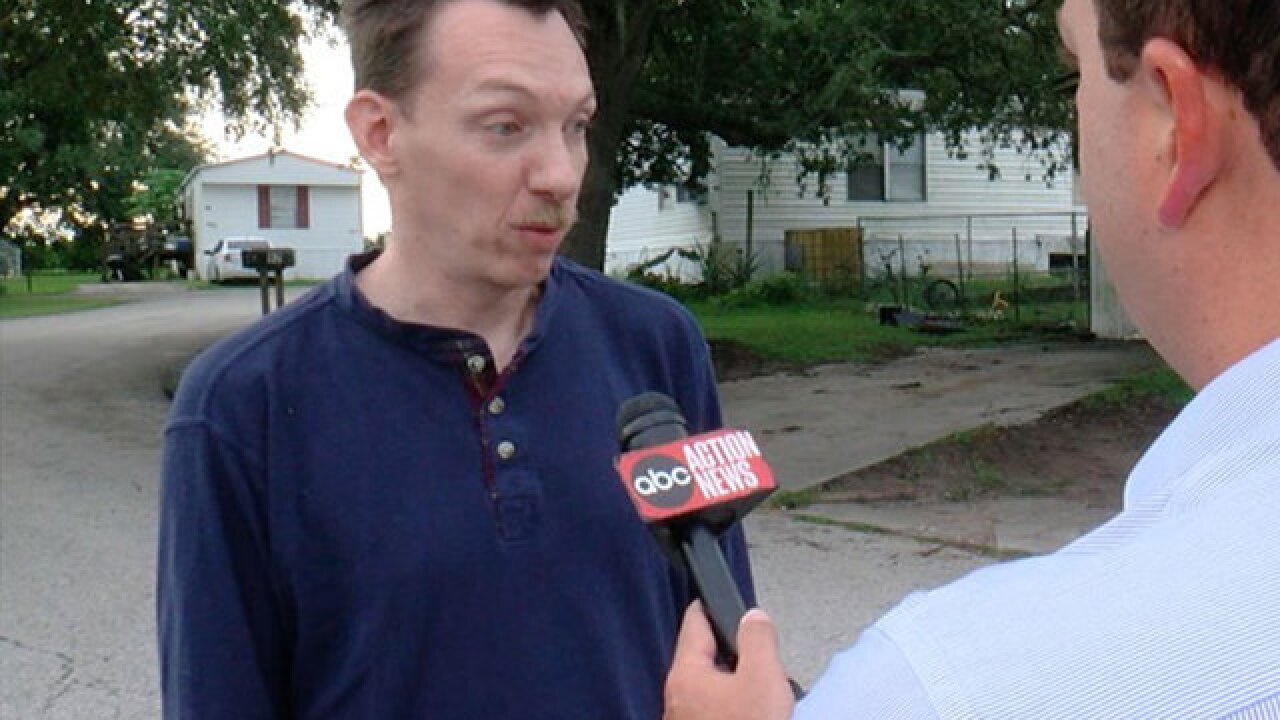 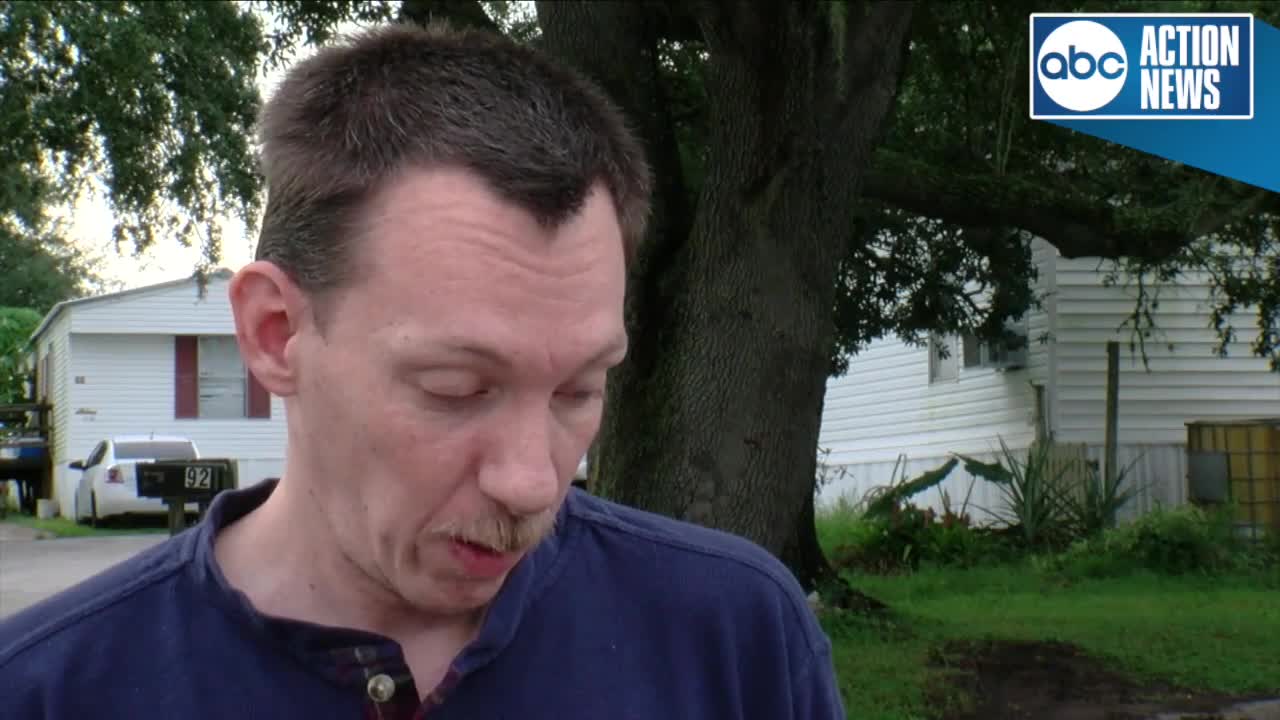 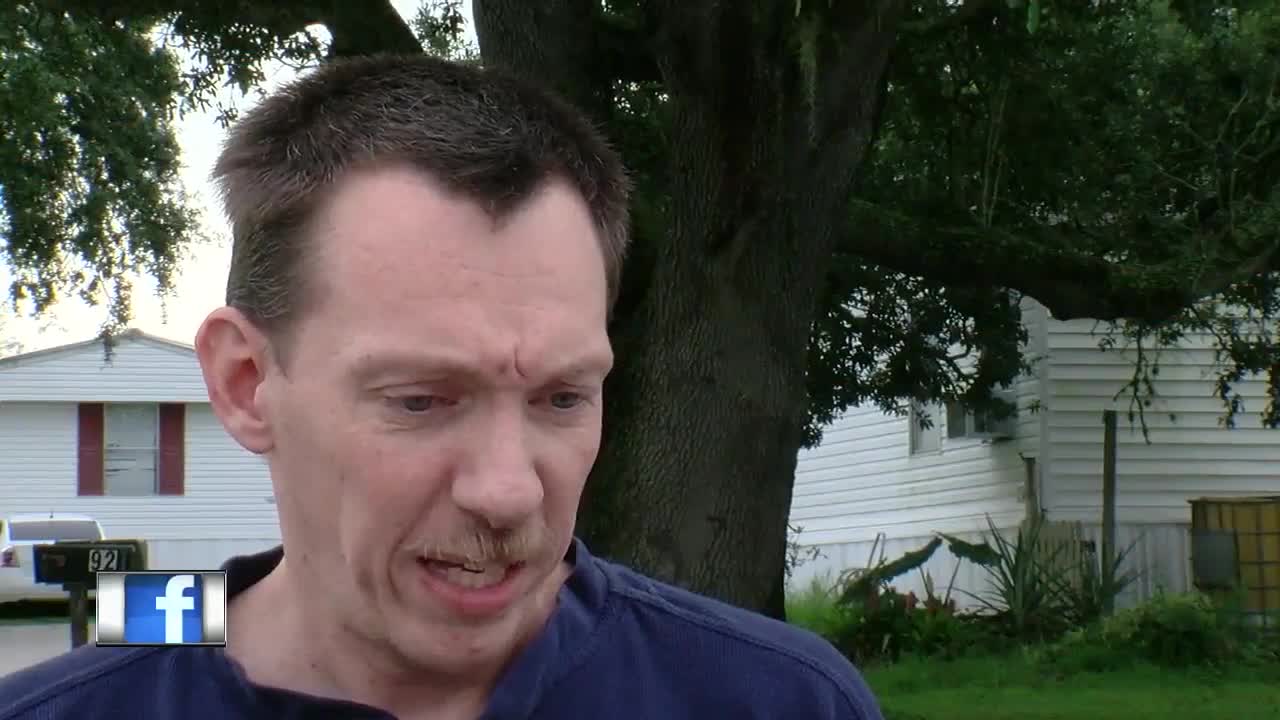 LAKE WALES, Fla. — An Uber driver said he feared for his life when a man tailgating him jumped out of a truck screaming, "You know I have a pistol? Want me to shoot you?”

Robert Westlake was not charged with a crime because Polk County Sheriff Grady Judd said it was a “classic stand-your-ground case.”

Westlake said today is his 39th birthday but he is no mood to celebrate.

“Everyone tells you what you did was right, but you feel like, did I have to… after the fact? Someone comes at you like that you really don’t have much time to think,” Westlake said.

It was early Tuesday morning that Polk County Sheriff Grady Judd said that a bartender and patron named Jessica at the Grove Lounge on US Hwy 27 in Dundee called for an Uber when they realized a young woman named Jasmine was in no condition to drive.

As they waited for the Uber to arrive Jessica and her boyfriend, 34-year-old Jason Boek, were texting back and forth about him picking her up from the bar. This escalated into a series of heated texts, including one where Boek threatened to hurt the Uber driver.

Once Westlake arrived at the bar Jessica put Jasmine, in the car. Boek began following the Hyundai Elantra thinking Jessica was inside.

However, Jessica went back into the bar, it was Jasmine in the car.

“I was more dumbfounded about what’s going on,” Westlake said. “I knew nothing of the other stuff going on.”

Westlake said what he thought was a road rage incident in the middle of the night turned into a life or death situation.

“I wish the whole chain of events didn’t happen,” Westlake said. “When he said pistol gonna shoot and he had it up at me… who just says that?  Who only just threatens that.”

After firing a single fatal round Westlake said he kicked what he thought was the gun out of Boek’s hand.

“As my foot hit the object I was like that’s a phone,” Westlake said.

Westlake said he wasn’t thinking about Florida’s stand-your-ground law when he pulled the trigger firing the single fatal shot. He was just thinking about making it home.

“I got home absolutely I gave them a hug and then I thought about the fact that the other gentleman wasn’t going to do the same thing,” Westlake said.

Uber and Lyft both suspended Westlake’s account. Westlake said Uber said if he was cleared of any wrong-doing his account might be re-instated but he doubts that will happen since he violated their no gun policy in the first place.