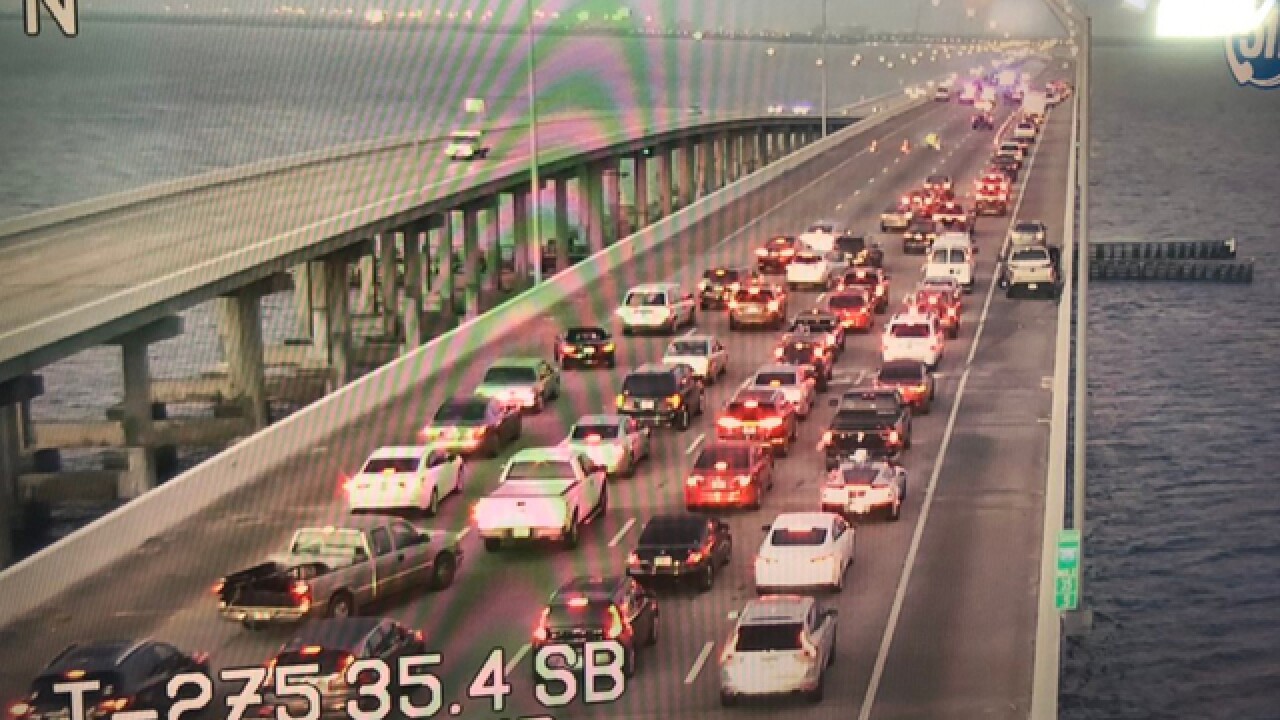 A motorcyclist died in a traffic crash on the Howard Frankland Bridge that shut down southbound lanes for nearly six hours early Sunday morning, officials said.

Shortly before 3 a.m. Sunday, a motorcycle traveling at a high rate of speed collided with a trailer being pulled by a Dodge 2500 pickup truck, the Florida Highway Patrol said. The trailer was loaded with three ATVs.

The incident occurred near the center span hump of the bridge's southbound lanes. A second motorcycle operated by a 21-year-old Bradenton man collided with debris on the road caused by the first accident.

The motorcyclist involved in the first accident, who was only described as a 31-year-old Palmetto man, died of his injuries at Bayfront Health, St. Petersburg trauma hospital. His name is being withheld pending notification of next of kin, a highway patrol media release said.

There is currently no indication the motorcyclists were associated or knew each other.

The driver of the Dodge pickup was 21-year-old Joshua Perry Warner of St. Petersburg. He was not injured in the crash.